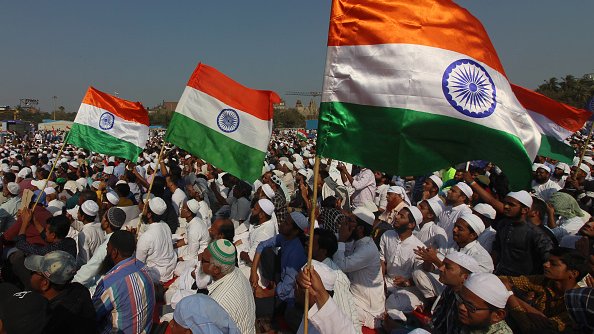 INDIA’s dismal performance of the past few years in globally recognized rankings on the quality of democracy and freedoms continued in a clutch of reports and rankings released recently by research organizations and think-tanks.

In the recently-released Freedom in the World 2022 report by the American non-profit organization Freedom House, India was described as ‘partly free’ and given a ‘Global Freedom Score’ of 66 out of 100, the same as Malawi and Bolivia. India was assigned a score of 33 out of 40 on the criterion of ‘Political Rights’, and 33 out of 60 on that of ‘Civil Liberties’. Among the 210 countries and territories assessed by Freedom House in its report, India was ranked joint 91st in terms of its score (please note that Freedom House does not assign rankings to countries and territories assessed by it; this ranking has been calculated by the author based on the scores assigned to all the assessees).

The overview of its sub-report on India states:

“While India is a multiparty democracy, the government led by Prime Minister Narendra Modi and his Hindu nationalist Bharatiya Janata Party (BJP) has presided over discriminatory policies and a rise in persecution affecting the Muslim population. The constitution guarantees civil liberties including freedom of expression and freedom of religion, but harassment of journalists, nongovernmental organizations (NGOs), and other government critics has increased significantly under Modi. Muslims, scheduled castes (Dalits), and scheduled tribes (Adivasis) remain economically and socially marginalized.”

The sub-report lists among ‘Key Developments in 2021’ the Information Technology (Intermediary Guidelines and Digital Media Ethics Code) Rules 2021 that were introduced by the union government in February last year to exercise greater control over online content (these rules were challenged by The Leaflet before the Bombay High Court, which partially stayed them in August), the spate of ‘love jihad’ laws passed by several Indian states, the detection of Pegasus spyware on the phones of opposition politicians, activists, businesspeople, and journalists, the custodial death of Fr. Stan Swamy, and the arrest of opposition party leaders who tried visiting the site where protestors against the disputed farm laws were killed by, among others, allegedly the son of union minister Ajay Mishra Teni.

The sub-report lays out various specific sub-criteria on the basis of which India’s freedom rating has been assessed, along with a score between zero and four points. India has been assigned a score of 2/4 on the following sub-criteria:

To be sure, the sub-report also gives India full marks on sub-criteria such as free and fair elections, and fairness and impartiality of electoral laws and framework.

India’s Global Freedom score has been declining each year in the Freedom in the World Reports, ever since Freedom House began assessing India in 2017. Its global freedom status was also downgraded to ‘partly free’ for the first time last year.

Table 1: India’s declining scores and status in the annual Freedom in the World reports, 2017-22. India’s assessment does not include the region of Kashmir, which is separately assessed by the report. The current report has assesses ‘Indian Kashmir’ and ‘Pakistani Kashmir’ separately, with both being described as ‘Not Free’, and being assigned scores of 27 and 29 respectively.

Independent research institute V-Dem Institute has also released its latest Democracy Report 2022, in which India continues to be categories as an ‘electoral autocracy’, a status to which it had been downgraded for the first time in last year’s Democracy Report. Last year’s report, however, had expressly stated that India could belong to the higher category of ‘electoral democracy’, by designating it as ‘EA+’. However, in this year’s report, it has been designated ‘EA’, indicating that there is no uncertainty about its status. In previous years’ reports, India had been classified as an electoral democracy.

The report states on multiple occasions that India is among the countries where autocratization is being driven by an “anti-pluralist” political party. It also warns that ever since India descended to the status of an electoral autocracy, the statistical likelihood of an armed conflict with Pakistan has become three times higher than it was ten years ago.

India’s rating in these reports too has been declining each year, ever since V-Dem started publishing them annually in 2017. However, interestingly, India’s rank and score in all of V-Dem’s indices has actually improved in relation to last year.

Note: Scores calculated out of 1. In the Democracy Index 2021 published last month by the Economist Intelligence Unit [EUI], the research division of the UK-based media company Economist Group, India was categorised as a ‘flawed democracy’, and ranked 46 among 167 countries analyzed by EUI. India was assigned an overall ‘democracy score’ of 6.91 out of 10; this included a score of 8.67 in the criterion of ‘Electoral Process and Pluralism’, 7.5 in the criterion of ‘Functioning of Government’, 7.22 in ‘Political Participation’, 5 in ‘Political Culture’, and 6.18 in ‘Civil Liberties’.

However, EUI’s report cautions that India’s improved score “follows a cumulative 1.20 decline between 2016 and 2020, reflecting a serious deterioration in the quality of democracy under leader Narendra Modi, whose Hindu-nationalist Bharatiya Janata Party (BJP) has presided over increased intolerance and sectarianism towards Muslims and other religious minorities.” It notes that the ultimate victory of the farmers’ protest in leading to the repeal of the disputed farm laws, along with electoral defeats for the BJP in some states’ elections, “showed that there are mechanisms and institutions in place to allow government accountability to the electorate between national elections”. On the other hand, it refers to “the government’s failure to crack down on the persecution of religious and other minorities by Hindu nationalists” as one of the reasons for the decline in India’s democracy score.

India’s democracy score in EUI’s Democracy Index has been steadily declining since 2014, when it received its highest ever score of 7.92.

Last month, the American conservative think-tank The Heritage Foundation also published its 2022 Index of Economic Freedom, in which India was ranked 131 among 177 nations analyzed by the Heritage Foundation, and categorized as ‘Mostly Unfree’. The sub-report on India notes that India’s economic freedom score of 53.9 out of 100 is below the regional and world averages.

The sub-report provides the following overview on India:

“Before a dip this year, the country had been benefitting from small but steady annual increases in economic freedom. With increases in scores for judicial effectiveness, business freedom, and labor freedom outweighing a deterioration in fiscal health, India has recorded a 1.3-point overall gain of economic freedom since 2017 and remains in the middle ranks of the “Mostly Unfree” category. Monetary freedom is solid, but investment freedom and financial freedom lag.”

Within the criteria of Rule of Law, the sub-report notes the difficulty to legally establish property rights, the unreliability of land titles, the understaffing and lack of technology in Indian courts, and large-scale bribery and corruption which mostly goes unreported and unpunished, as obstacles to economic freedom.

With regard to the criteria of Government Size, the sub-report points to large government spending (28.2 per cent of total gross domestic product [GDP] over the past three years), large budget deficits (averaging 8.7 per cent of GDP) and high public debt (89.6 per cent of GDP) as the major problems.

Within the criteria of Regulatory Efficiency, the sub-report states that “[n]ew procurement rules that limit competitive choices, advance non-science–based sanitary measures, and establish Indian-specific standards are disrupting supply chains.” Finally, within the criteria of Open Markets, the sub-report refers to India’s onerous overall investment framework, the dominance of public sector institutions in the banking and capital markets, and the limits on foreign participation, as pain points.

India’s performance in the 2022 Economic Freedom Index has registered a slight fall after trending upwards since 2017. In 2019 and 2020, India received its highest ever economic freedom score of 56.5 in the Economic Freedom Index reports, which have been published annually by the Heritage Foundation since 1995. Since 2002, these reports have consistently categorized India as ‘Mostly Unfree’. In six out of the seven years prior to 2002, India had been categorized as ‘Repressed’. In March last year, the Union External Affairs Minister S. Jaishankar had dismissed India’s downgrading in such exercises of assessment of the quality of democracy and freedoms by describing the organizations that conduct such analyses “self-appointed custodians of the world who find it very difficult to stomach that somebody in India is not looking for their approval, is not willing to play the game they want to play. So they invent their rules, their parameters, pass their judgments and make it look as if it is some kind of global exercise”, and calling them hypocrites.

However, an investigative report by the Indian Express from last month has revealed that later in March that year, the External Affairs Ministry [MEA]’s Foreign Policy Planning division had emailed a PowerPoint presentation on “Indian Democracy” to the Lok Sabha Secretariat, as well as seven senior MEA officials. In August last year, the MEA went on to email a document titled “speaking notes on – India a democracy” to the Lok Sabha secretariat and eight senior MEA officials.

As per the report, “the MEA provided these inputs to the Lok Sabha secretariat for reference by Lok Sabha Speaker Om Birla apparently to brief Heads of Missions of other countries.”

Additionally, the Union Government had, both in July last year and last month, disallowed questions in Parliament asked by Members of Parliament about India’s position in the EUI’s Democracy Index 2020, in which it had slid to its lowest ever ranking of 53 in the Index. As per a report by Hindustan Times, the government had also tried to engage with EUI in order to provide it with the government’s official data for the purpose of its Democracy Index preparation; EUI had decline the offer since its assessment and scoring for its index is done on the basis of information available in the public domain.

(Vineet Bhalla is a Delhi-based lawyer, and Assistant Editor at The Leaflet.)