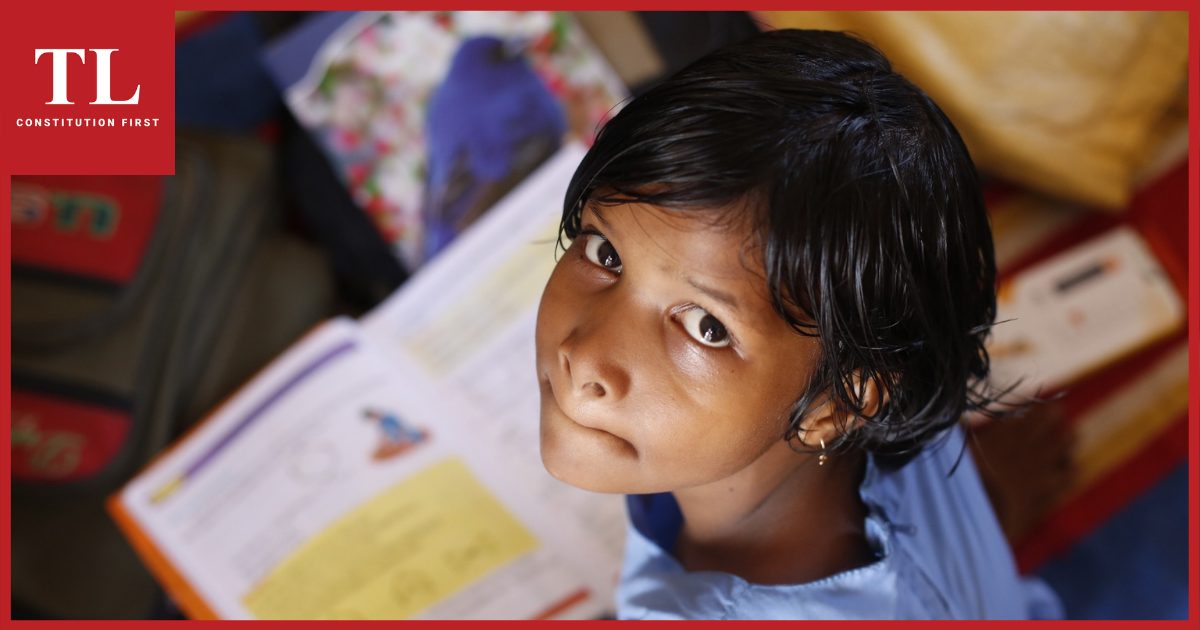 One year has gone past with students still locked in at home as most institutions are closed or are partially working. Millions of students have been affected and millions are dropping out due to the exigencies. GYAN PATHAK says that India needs a new comprehensive plan and implementation mechanism to get students back to studying.

The first phase of lockdown was declared for 21 days. However, the general lockdown had to be extended until May 31. The unlocking started on June 1 but not for classes.

It’s a lifelong disruption for students in particular and India’s future in general, for students are the future of a country. Putting students back on track would need great efforts and a special plan, which is unfortunately still not a priority area for our government.

The announcement of the lockdown came at a time when school students were waiting either for their results or very much enthusiastic about entering the new session from April 1. However, the closure of schools, bookshops, and stationers prevented them from having the guidance of a teacher, having books, and stationery. Booksellers and stationers were allowed to reopen in the first phase of unlocking from June 1.

Their opening did not work for the majority of school students because of a range of problems in getting reading and writing materials which included impoverishment of guardians and parents and transport restrictions still in place. It was exam time for students of higher classes, and all the exams were postponed indefinitely.

Lack of access to reading and writing material hampered not only their academic attainments but also their preparations for their career and competitions along with postponement of all sorts of academic and competitive exams.

In the meantime, many of the government and private institutions came forward with the ideas of online classes and exams. However, it could not be done for the majority of students because of many issues including non-availability of mobile phones or computers, very poor quality of internet access, lack of availability of power, and shortage of money with the household to purchase them at affordable price.

Moreover, for a long time, the electronic shops were also shut down making their purchase impossible. Even e-commerce delivery was shut down. At the time when they were allowed to, they used to deliver only in urban areas. That is why when they were allowed to reopen, only urban students were benefited, though marginally due to other restrictions in movements. Though the digital mode of education, which was hitherto peripheral in India’s education system, came into centre stage to fill the void left by classroom teaching, it is largely unable to even fully cover the urban areas, and the rural areas are almost left behind.

It is saddening to note that the situation has not improved even after one year.

A recent UNICEF study has estimated that about 7 million school students in India will become permanent dropouts.

There is no chance for them to return to school. Almost half of them would be girls in primary education. Dropout rates of girls in secondary and higher education were already much higher which the outbreak and closure of the educational institutions have worsened.

Many of the girls are being married without completing their education. In comparison to the boys, girls’ education in India has become more challenging. The pattern is the same in higher education too.

India’s education system had already been plagued with too many issues even before the lockdown, such as school dropouts, learning deficiencies, teacher absenteeism, unavailability of teachers, an unacceptable level of low teacher-student ratios, gender disparity, lack of educational infrastructure, and so on.

The introduction of digital education has added the new issue of the digital divide, between the urban and rural, and between male and female

students. Even in the national capital territory, attendance could be reached only between 25 and 30 percent during the lockdown.

It would be anybody’s guess what is going on in other states and in the remote areas without quality electricity, internet, and electronic sets in the households.

The New Education Policy released in July 2020 has emphasised the importance of online education and said that it should be blended with the traditional mode. It is of course a good idea, but could not be implemented until the government does not provide the required facilities.

A global education network Quacquarelli Symonds has said in its recent report that Indian internet infrastructure is still far from ready to support the shift. Just before the outbreak of the pandemic, India had only 24 percent household with internet access, and for rural India, it was only 4 percent.

According to a 2018 NITI Aayog report, 55,000 villages have no mobile coverage, and a survey of the Ministry of Rural development conducted in 2017-18 had found 36 percent of schools without electricity.

It shows the enormous work to be done for digital education to succeed in the country. However, the callous approach of the government of India is reflected in the Budget 2020-21 when the e-learning budget was slashed to Rs. 469 crore from Rs. 604 crore in the previous year.

Budget 2021-22 did not allocate any funds separately for either NEP implementation or education technology, despite the fact that all institutions struggled while imparting digital education during the pandemic in 2020.

GST on online education continues at 18 percent. At the time when digital education need financial and other government support, the government is looking the other way.

A Word Bank report has tried to quantify the loss to India due to the closure of schools and put it at $440 billion in earnings.

Educational institutions are slowly reopening but the recent spike in infection is threatening a new wave of pandemic, closures, and containment measures.

There are also several other issues connected to it, like deteriorating level of nutrition among school children because they are unable to get mid-day meals, psychological problems cropping up due to disruption in education, and job and financial losses, or infection in the household making the issue complex.

What India needs is a new comprehensive plan and implementation mechanism. (IPA Service)