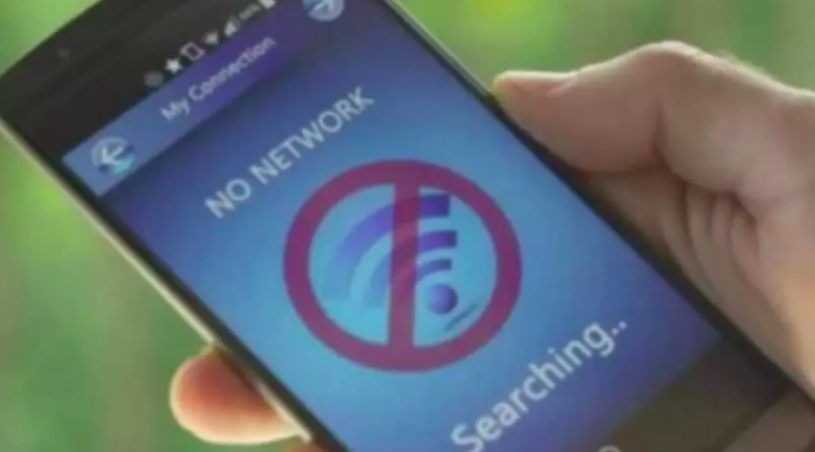 A study has revealed a dramatic rise in internet shutdowns in India’s northern and north-eastern states in recent years with a Bharatiya Janata Party (BJP) ruled state government being about 3.5 times more likely to shut down internet access in a district.

The report said that India witnessed 115 shutdowns last year, the highest in the world. With a total of 230 shutdowns over the years, the situation in Jammu and Kashmir is much worse than in other parts of India. It mentioned that the average duration of shutdowns was also increasing over time and that cutting off the internet seemed an “inherently political problem.”

Titled ‘Understanding India’s Troubling Rise in Internet Shutdowns: A Qualitative and Quantitative Analysis’, the study conducted by Dutch political analyst Kris Ruijgrok sought to elaborate on the reasons behind such shutdowns.

The report said that in 2020, India witnessed 115 shutdowns while Yemen, the country with the second-highest frequency of shutdowns, saw only six. According to the Software Freedom Law Centre, India saw only six shutdowns in the year 2014; the number rose to over the 100-mark each year after 2018.

The report defined an internet shutdown as “a government imposed disablement of access to the Internet as a whole within a particular locality or localities for any duration of time.” It said that changes made to rules regarding shutdowns in 2017, despite the subsequent intervention by the Supreme Court, have resulted in a system where the “overall design and implementation process remains fraught with problems.” The report further added that “The terms under which shutdowns may be issued (‘public emergency’ and ‘in the interest of public safety’) remain overly broad and therefore open to subjective interpretation, and the newly established review mechanisms lack transparency and public oversight.”

The geographical variations of the shutdowns are also something the report noted, mentioning that the southern states saw fewer instances of internet shutdowns, a phenomenon much more common in the northern parts.

“Noteworthy here is not only the high number of affected districts in the Northern states – even when outlier J&K is removed from the analysis – but also the relatively high number of affected districts in the North-Eastern ones,” it said. The study added that while central parts or West India saw fewer shutdowns, the anti-CAA protests and Patidar agitation in Gujarat in 2015/16 saw a resultant spike there. Those affected by the shutdowns were also from the lesser privileged sections of Indian society. Officials claim that such shutdowns have become increasingly ‘targeted’ with those using mobile internet being affected the most. The report mentioned that nearly 97% of Indian internet users have access to mobile internet and that by “‘solely’ disabling mobile internet, the authorities only spared the three per cent of the population that can afford a more expensive wired internet connection – adding a notable socioeconomic dimension to the shutdowns.”

The report also elaborated on why internet shutdowns were on the rise, saying that they were an increasingly adopted tool being used by the government to suppress protests, hide human rights abuses and as a response to communal tensions, which may have been fabricated in the first place.

The use of shutdowns to clampdown on Jammu and Kashmir is no secret. The 133-day internet shutdown following the killing of militant Burhan Wani saw the deaths of over 130 civilians. When the Centre abrogated Article 370 in the region in 2019, “an internet shutdown was issued that lasted for 213 days, during which time 33 civilians were reportedly killed, 14 (mostly youth) were tortured,74 and thousands of Kashmiris were detained without charge,” the report stated.

The report further said that while it was difficult to zero-in on a particular reason for shutdowns, about 50 out of 351 shutdowns between 2016 and 2019 were down to instances of “communal violence”.