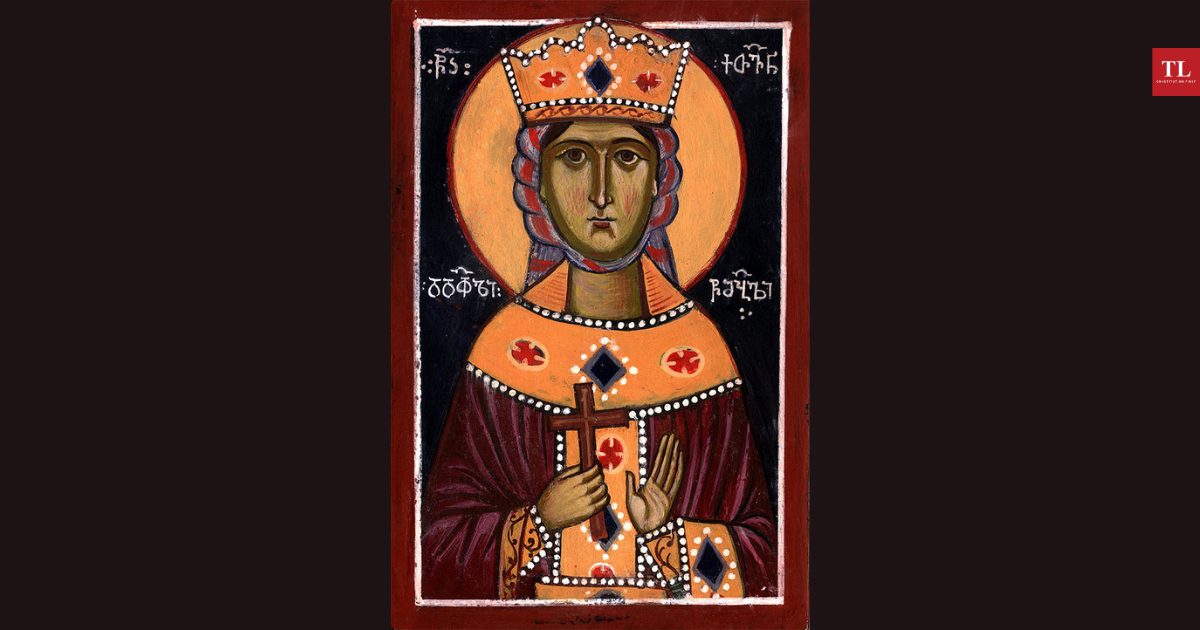 IN Georgian history and culture, Saint Queen Ketevan is revered as a martyr and an inspiration. After years of anticipation, External Affairs Minister S Jaishankar handed over the relics of St. Queen Ketevan to Georgia Foreign Minister David Zalkaliani during his visit to Tbilisi. Reporting from Goa, NAVAMYA G. ACHARYA explains the culmination of years of diplomatic efforts and the arduous procedure of establishing Queen Ketevan’s identity on a global map.

IT was clearly a step to reinforce bilateral ties between India and Georgia when S. Jaishankar, External Affairs Minister, delivered the relics of St. Queen Ketevan, a Georgian royal, on July 9, 2021.

The relics were proffered to Georgia’s Vice Prime Minister and Minister of Foreign Affairs, David Zalkaliani. It was eventually received by Beatitude Ilias II, Catholicos-Patriarch of All Georgia, and Prime Minister Irakli Garibashvili in a ceremony held in Georgia’s capital city of Tbilisi.

The Martyrdom of Queen Ketevan

Queen Ketevan reigned over Khaketi, a region in Eastern Georgia, in the 17th century. From 1601 to 1602 she was married to the future King of Khaketi, Prince David of Khaketi (David I). She dedicated her life to religion and charity after her husband passed away. Due to David’s untimely death, his father, Alexander, was compelled to ascend the throne and take the helm of his position. On hearing this, Shah Abbas I, the ruler of the Safavid Dynasty (present-day Iran), ordered Constantine-Mirza, David I’s converted-to-Islam brother, to assassinate his father and middle brother George. Constantine-Mirza executed the deed and presented their heads to Shah Abbas I as a gift.

Unsatisfied, he proposed to Queen Ketevan, only to be assassinated by Khaketi nobles for murdering his father and desecrating his throne and religion. Ketevan then requested that Shah Abbas I declare her young son Teimuraz to be the rightful heir to the throne. While Ketevan awaited the response, he took the reins of the Kingdom.

In 1613, Shah Abbas I defeated Khaketi and imprisoned the Queen for ten years as a hostage. Shah Abbas, I tried several times to convert Ketevan to Islam, but she continued to refuse. On September 22, 1624, she was tortured to death in Shiraz.

The discovery of the relics of St. Queen Ketevan

While in Shiraz, a group of Augustinian friars – a religious sect founded by St. Augustine – were successful in obtaining Ketevan’s relics and witness her public execution. Queen Ketevan was canonised as a saint by the Georgian Orthodox Church due to her torturous death and devotion to the religion. The relics are assumed to have been brought to Goa in 1627.

They later brought these relics to the St. Augustinian Convent in Goa. St. Augustine Convent became part of the Archeological Survey of India when Goa became a part of Republic India. The teams tasked with finding the relics had few clues, such as the fact that it was buried near the chapel’s second window. It had eight chapels before the colossal structure collapsed. It became tougher to locate the relic now that it was in ruins.

The DNA analysis conducted by the Centre for Cellular and Molecular Biology (CCMB) in Hyderabad confirmed that the relics belonged to the Georgian Queen.

Also read – 2021: A CHALLENGING PERIOD FOR INDIAN POLITICS AND ECONOMY

The Georgian government has been requesting the Indian government to hand over the relics since they were authenticated as belonging to St. Ketevan.

Previously, at their request, the relics were sent to Georgia for a six-month exhibition in 2017. Soon after, on September 30th, 2018, the relics were returned to India. The relic was taken to several churches in Georgia, so the period was extended for another six months.

(Navamya Acharya is a journalism student at the Symbiosis Institute of Media and Communication, Pune, and is an intern at The Leaflet. The views expressed are personal.)