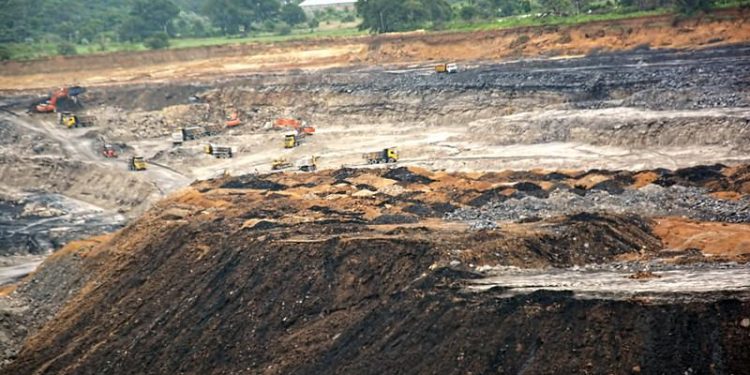 WAS it really just an official in the Uttarakhand Chief Minister’s office who issued a letter to the Bageshwar district Superintendent of Police (SP), ordering him to release four impounded trucks filled with soapstone? It seems the official had seized the trucks filled with the minor but vital crystalline mineral because he believed they contained illegally mined materials. But a letter written on Chief Minister Pushkar Singh Dhami’s official letterhead went viral on social media recently, forcing an embarrassed Dhami to dismiss the official who was held responsible for it. Dhami wanted to show the public before the Assembly election that his government had zero tolerance for illegal mining.

This event indicates just how widespread illegal mining is, with tentacles spread across not just the state but the country. The earnings from mining (especially sand mining used in construction) are said to run into thousands of crores, and the political class is widely considered be complicit in these operations. It is no surprise why people widely suspect many candidates in the ongoing elections are bankrolled directly or indirectly by the cash-rich sand mafia.

In the early stages of campaigning for the elections in Punjab, Delhi Chief Minister Arvind Kejriwal, whose Aam Aadmi Party is contesting these polls, said that the Congress party leader and state Chief Minister, Charanjit Singh Channi, must get arrested for illegal sand mining. “Do the people of Punjab want a chief minister who faces serious charges of sand theft and bribes in transfer and postings?” Kejriwal had tweeted. He also made similar allegations last year, related to Channi’s constituency, Chamkaur Sahib.

The tweet attack came a day after the Enforcement Directed raided, on 18 January, Channi’s close associates and arrested his nephew Bhupinder Singh ‘Honey’ for alleged involvement in illegal sand mining.

Channi has strongly countered the accusations as lies. However, illegal sand mining takes place in every part of Punjab. For example, farmers in Jalandhar, Amritsar, Ropar, Mohali and Chandigarh, have complained about illegal sand mining and provided evidence to the Department of Irrigation about the modus operandi of the mining mafia.

Alarmingly, some quarries are 40 feet deep, far more than the stipulated ten feet, causing wells in surrounding areas to dry up. Natural aquifers, which are sources of drinking water, are going dry, accelerating the water crisis in the state.

Sand and gravel are riverbed materials have immense ecological value for healthy rivers systems. These minerals’ inbuilt water filtration capacity and absorbent characteristics play a critical role in groundwater recharge and ensure lean-season water flow in rivers. Sadly, illegal mechanised mining over the last few decades has irreversibly damaged rivers and communities that have depended on them.

Farmers in Punjab have protested the sand mafia but to little effect. During the ongoing elections, Punjabi farmers demanded permission to conduct mining operations instead of the government auctioning land to contractors to mine it. This would help at least 50,000 small farmers whose cultivable land has turned into infertile sand due to mining.

Such is the clout of the sand mafia that they are no longer interested in participating in official bids to secure mining leases. In 2018-’19, the Punjab government could not lease a single mine.
The situation is not better in Uttarakhand or Goa, which elect new governments in the coming days. In Uttar Pradesh, several police officials have been killed by the sand mafia—for example, in 2020 Constable SK Chaudhury was run over in the Agra district by a sand-laden tractor-trolley he was trying to halt. Three years ago, a Sub-Inspector had his throat slit and fingers chopped in the Bijnor district when he tried to stop the sand mafia.

The Public Accounts Committee (PAC) of the Goa State Legislative Assembly had calculated that the state exchequer had suffered a loss of Rs. 35,000 crore due to the illegal mining scam that rocked the state in 2012. This shows how the clout of the mining mafia grows, so is its profiteering.

In January, the president of the Goa Pradesh Congress Committee, Girish Chodankar, had dared the BJP to make public this PAC report, which, he claimed, falsely accused Congress leaders of illegal mining of winning the 2012 elections. Chodankar also said the BJP stopped talking about mining irregularities after forming a government. “We want the BJP to prove the allegations [of Congress’ alleged involvement in the mining scam] or apologise to our leaders and the general public for misleading them,” he demanded.

On 10 January, the High Court of Bombay in Goa asked the nodal officers designated to check illegal sand mining to present their report on the situation. The Goa River Sand Protectors Network had submitted to the court a list of complaints of illegal excavation made during December 2021.

But the nodal officers have not submitted any report to the courts so far. The High Court observed, “…authorities, who were duty-bound to prevent this sand mining, do not appear to be seriously interested in implementing the orders made by us from time to time.”
That is the crux of this matter. The National Green Tribunal (NGT) is denuded with complaints of sand mining, but there is little action against it. Complaints are frequent, but the concerned authorities are not under pressure to expedite investigations. This pressure must come from the political class, but they seem complicit in illegal mining. It is often said that election-time expenditures are so high that the candidates and parties develop a vested interest in allowing it to go on unchecked.

Perhaps that explains why the BJP quietly dropped the investigation into illegal mining in the state. The situation is not likely to be different in Punjab or Uttarakhand.
India is fast losing its water reserves, and if the government fails to act against the mining mafia, we could well be on course to widespread water famines.

(The author is a freelance journalist. The views are personal)
First Published by Newsclick