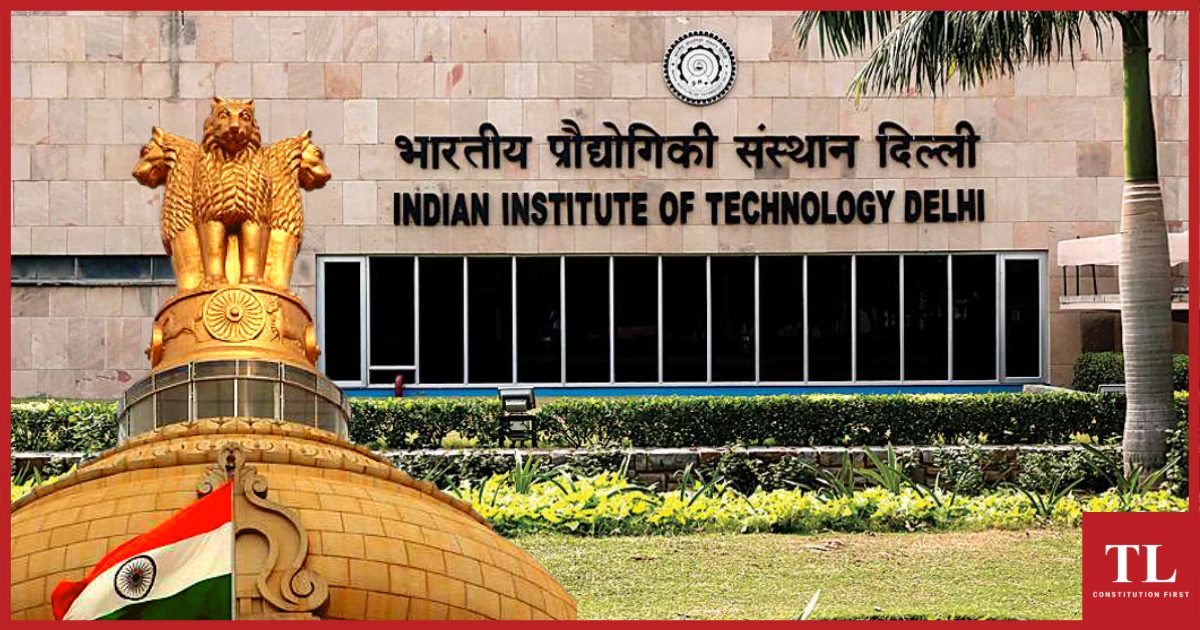 A dedicated Centre of Excellence is coming up at IIT, Delhi, to tackle challenges in justice delivery. The centre will use data and tech platforms to ease the burden on law courts, judges, advocates and clients, police officials, jail staff, and other stakeholders in the justice system. It aims to promote access to justice to all citizens and solve persistent problems such as delays and backlog in cases. NOMESH BOLIA writes about the project plan and how it will gather the required intellectual and technical resources.

HOW courts administer and manage their procedures, including hearings, is inextricably linked to delays and backlogs in the Indian judicial system. For example, currently, courts schedule cases manually, which creates many inefficiencies such as unequal distribution of workloads. It also increases the backlog. In most courts, either the court staff or the judges themselves handle the listing of cases. Some district court judges get allocated as many as 200 matters a day.

The existing work allocation system can lead to ineffective hearings. Either the cases get adjourned without hearings or make no significant progress because time runs out. Technology, data analytics and optimisation based on modelling are good ammunition to resolve such challenges.

There is enough evidence from the world over, including India, that the legal-judicial system and health and other forms of public welfare can benefit from such measures.

The law and justice system is not limited to the judiciary and legislature but comprises other agencies and institutions with a critical role in justice delivery. Law enforcement, investigation agencies, government departments, prosecutors, bar associations, court administration, correctional facilities, legal-aid organisations and other associated agencies make up the justice system.

Interdisciplinary research that draws from operations research (data analytics, modelling, optimisation and simulation), Artificial Intelligence and other technologies can potentially transform the justice system. They can help strengthen and improve the contribution of each component agency and institution.

For example, a public health approach to criminal justice can provide effective solutions for the challenges prison officials confront. It could lower the pressure on the judiciary while ensuring access to justice.

Interdisciplinary efforts for police reforms can contribute to improving the criminal justice system in our nation. Similarly, rigorous and dedicated research at the intersection of law and technology can provide good insights and solutions for the justice system. Technology can help improve case flow management and build better administrative procedures such as listing cases, supporting decision-making and analysing outcomes to support the judiciary. All of these can enhance citizen access to justice.

Such research involves modelling the justice system and developing solutions based on its firm foundations. A mathematical model of the justice system and how its subsystems interact with each other has many uses. It can serve as a powerful tool to understand and predict the behaviour of these systems in different scenarios. Policymakers and leaders can use such models to make more informed decisions.

Mathematical models can help prioritise and sequence legal interventions. They would make it possible to answer questions as varied as how listing fewer cases per day would impact case pendency to the impact of decriminalising cheque bounce cases on the judiciary.

New approaches drawn from the system dynamics domain, which can deal with complex systems on the go, are highly relevant to the law and justice system.

More important than just highlighting the incredibly complex issues that mar our judicial system is to make a dedicated effort to build solutions that could help address these problems. The DAKSH Centre of Excellence for Law and Technology at IIT Delhi is an outcome of this approach.

The Centre of Excellence

This first of its kind facility in India came up through a memorandum of understanding signed in October 2020 between IIT Delhi and the DAKSH Society, Bengaluru. The CoE will conduct interdisciplinary research to explore and understand the justice system. It aims to bring together lawyers, researchers, scientists, and policy analysts to build solutions for the most critical challenges before the justice system. It will draw from fields such as operations research, data analytics, technology and law.

The CoE will leverage rigorous research to have a real-world impact on how the justice system functions. IIT Delhi has expertise in operations research, statistical techniques, data modelling, natural language processing, and machine learning. DAKSH has pioneered data analytics to assist the judiciary and has a deep understanding of the legal system.

In 2016, an internal Faculty Interdisciplinary Research Programme (FIRP) at IIT Delhi (including this author and Mausam, currently head of the School of Artificial Intelligence at IIT Delhi) worked on a project to analyse the public data of district courts. It was the trigger and catalyst for the CoE. Based on its work, in 2019, the DAKSH Society approached IIT Delhi to set up the CoE.

What the CoE will do

Research, first and foremost. Although the problems of the Indian justice system are reasonably well-known, attempts to solve them must be consistent and focussed. Instead of deep and rigorous research, much of the work is piecemeal. The CoE will examine these issues with academic rigour using data-driven methods.

A community of practice including the judiciary, civil servants, lawyers, researchers and industry representatives will be fostered and encouraged. It will collaborate with relevant institutional stakeholders is a primary goal.

Create a community: The CoE will organise guest lectures, roundtable sessions and conferences to disseminate its work and engage with others in the field. Its research and outreach will build and nurture a community of people committed to tackling the biggest problems of the justice system. It will help improve access to justice for every Indian. The CoE will host discussions to learn from the experts and create a shared platform for stakeholders.

Interest Areas of the CoE

The CoE is keen to actively engage with stakeholders, especially the government and judiciary, to identify themes and core areas of interest. Some themes identified as a starting point are:

• Scientific scheduling of cases and work allocation for judges

• Digital solutions for courts to improve their effectiveness and expand access to justice.

The CoE aims to open up to suggestions from all interested and relevant stakeholders. They may write to us with suggestions on areas that need attention so that solutions can be built to supplement the justice system.

A focussed and collaborative effort between academia and state institutions can tackle even the most intractable challenges. It can helo develop solutions instead of exclusively highlighting problems. The CoE stands for a collaborative as opposed to the confrontational approach. It respects the constraints and sensitivities of all institutional stakeholders.

(Dr Nomesh Bolia is a professor in the Department of Mechanical Engineering and Coordinator, DAKSH Centre of Excellence on Law and Technology at IIT Delhi. The views expressed are personal.)