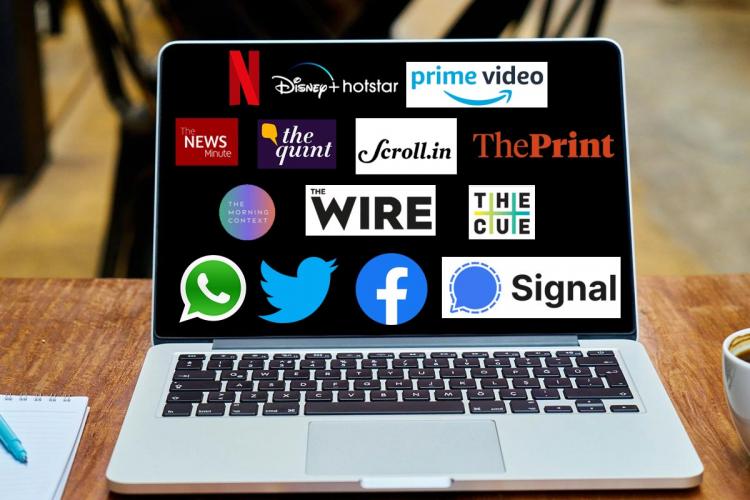 Manya Saini·March 1, 2021
Home
Due Process
Democracy and Rule of Law

The Internet Freedom Foundation (IFF) and several digital rights activists have criticised the new guidelines to regulate digital media released by the Centre last week. The civil society organisation has alleged that the rules are “anti-democratic” and “unconstitutional” with far-reaching implications on privacy, censorship and the law. A report by MANYA SAINI.

THE Internet Freedom Foundation (IFF) in a recent statement has criticised the Information Technology (Intermediary Guidelines and Digital Media Ethics Code) Rules, 2021 alleging that the provisions of the law will fundamentally alter the functioning of the internet in India.

The civil society organisation has called the Centre’s new guidelines “anti-democratic” and “unconstitutional.” The new guidelines have been criticised for blocking the free flow of information that forms a vital component of any democracy.

After a closer review of the new rules, the IFF has found that the new rules restrict the freedom of both content creators and users.

The contentious provisions include the emergency blocking powers of the Ministry of Information and Broadcasting, mandatory registration of digital news organisations with the government and the encouragement of self-censorship.

Please do consider these powers if confirmed are going to entrench themselves. It will apply to all users, irrespective of an individuals political ideology or affiliations. Constitutionalism goes beyond immediate partisan goals. https://t.co/3aY0Q2QnSB

It has alleged that the rules will lead to “excessive governmental control over digital news and OTT content” due to the 3-tier mechanism.

In a statement, the IFF said that the first tier of control remains with the government as the self-regulatory body and its Chairperson will be technically appointed by the media community, however, the power to approve its composition is with the I&B ministry.

News and OTT content will also suffer a setback because of the “executive exercise of judicial powers” the IFF said. It has contested that the new oversight mechanism, consisting of the Inter-Departmental Committee chaired by officials of the I&B ministry will give the government editorial control. It states, “an aggrieved person can escalate a complaint up to the government, or the Government can directly refer a complaint to this Inter-Departmental Committee.”

On February 26, the Indian Journalists Union (IJU) released a statement condemning the new regulatory guidelines alleging that they were a “clear overreach on the part of the government to vest itself with unlawful, unconstitutional and draconian powers to implement censorship.”

It pointed out that the move will infringe on the fundamental right of speech and expression guaranteed by the constitution. The body has claimed that the new rules are an attempt to “muzzle media with tyrannical censorship power.”

N. Ram, director, The Hindu Publishing Group and senior journalist also spoke out against the new Code of Ethics and the grievance redressal mechanism on Twitter, calling it a “mockery of the concept of self-regulation by publishers.” He urged all media stakeholders to study every aspect of the changes to understand the interconnections in the new guidelines that will alter the digital landscape of India.

These Rules “will bring government control rather than regulation over digital news platforms and OTT video content providers. Several requirements under them suffer from unconstitutionality and undermine the free expression and privacy for millions of internet users in India.”

Apar Gupta, executive director, Internet Freedom Foundation told The Quint, the probable effects of the new rules on the country’s online ecosystem. He says that under the new guidelines, social media platforms will operate as “intermediaries,” that is channels through which content will flow but not its authors such as Twitter, Facebook and YouTube.

There is a significant fear of privacy as the rules refer to “traceability” mandating that significant social media intermediaries “enable the identification of the first originator of the information on its computer resource.”

The provision has far-reaching implications in terms of breaking the end-to-end encryption that protects private communication currently on platforms such as WhatsApp.

Nikhil Pahwa, the founder of Medianama, and digital rights activist, said on Twitter to state that the government has decided to implement the regulation on streaming services without public consultation and has neglected that a self-regulatory code already exists for the same.

Pahwa, who is also a technology policy analyst has contested the government’s authority to implement the guidelines, saying that the government does not have the legal basis for streaming services regulation and cannot regulate content under the IT Act or Cable and TV Act.

What is unlawful, it is already unlawful. There are laws to govern it. Regulatory codes bring additional burden which is unnecessary

The contentious new laws were released by the Centre on February 25, which have superseded the existing Information Technology (Intermediary Guidelines) Rules, 2011. The move comes amid significant tension between the Centre and tech giant Twitter over the removal of “objectionable” and “inflammatory” content from the digital platform.