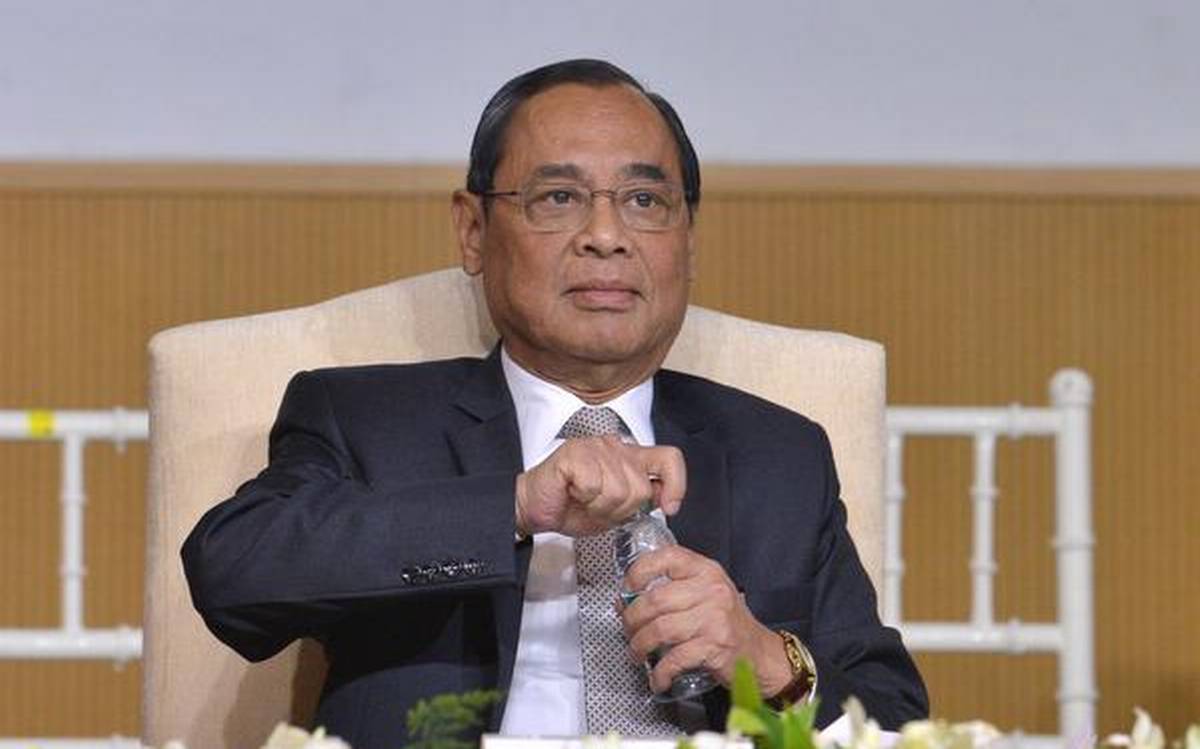 “If you go to court, you don’t get a verdict”: Ex-CJI Gogoi critical of Judiciary, says system is in shambles; Calls for roadmap to transformation

Calling for a roadmap to improve the efficiency of the Indian judicial system, former Chief Justice Ranjan Gogoi was highly critical of the way the system is working at present. Pointing at the mounting number of pending cases in the various courts, he has expressed his own scepticism of pursuing a case here, reports ANJALI JAIN.

Former Chief Justice of India (CJI) Ranjan Gogoi has criticised the Indian judiciary at an event, saying he won’t take his grievances to the country’s courts as it would just result in an endless wait for a verdict to come out. He went on to say that the country’s judiciary is in a “ramshackled” state.

“If you go to court, you don’t get a verdict, all you do is wash your dirty linen,” he said while speaking at an event in Delhi organised by the India Today Group. “Who goes to the court? You go to the court and regret,” Gogoi added while saying that it is only the big corporations who can afford to wait for verdicts in Indian courts.

Response to MPs Remarks in Parliament

The former CJI, who had retired in November 2019 and is currently serving as a member of the Rajya Sabha, made this comment in response to a question by the host of the event whether he would pursue legal action against the Member of Parliament Mahua Moitra, over her remarks about the allegations of sexual harassment on Gogoi and criticism of his decision to preside over his own trial. She did not take any names and referred to him as a former CJI.

Without naming Moitra or her party, the Trinamool Congress (TMC), Gogoi said that the ‘lady politician’ did not have her facts right as he was not the one to decide the case against him. “She didn’t even have her facts correct. If you are making allegations, at least name the person. I have a name and I deserve to be named. Those allegations are wrong in facts.”

He said that the file for the case was handed over to Justice SA Bobde by him, who has the second senior-most judge at the time constituted the enquiry panel according to the official court procedures. “At least have the facts correct before making allegations. This is the problem with our country we jump around without facts,” Gogoi asserted

Hw added that this was a warning for the judges to act in a certain way else they could be attacked in the parliament in a similar manner. “Does a judge get cowed down by such attacks? Unfortunately, many do,” he said.

During the session, Gogoi also talked about the deplorable conditions that the Indian judiciary finds itself in, saying that a roadmap will be needed for the way forward. “How important the judiciary is as a constitutional body need not be emphasised. You want a 5 trillion dollar economy but you have a ramshackled judiciary,” he remarked.

About 60 lakh new cases were added to the workload of subordinate courts in India, he said. Similarly, about three lakh cases have been added to those already pending in the High courts while the Supreme Court admitted around 6,000-7,000 new cases during the year of the pandemic. This adds up to around 4 lakh pending cases in subordinate courts, over 144 lakh in the High courts and about 70,000 cases in the Supreme Court.

Gogoi said that in this context, a roadmap is required to overhaul the judicial system. “The roadmap I have in mind is to have the right man for the job,” he said. “You don’t appoint judges the same way you appoint officers in the government. To judge is a full-time commitment. It is a passion. There are no working hours. It is a 24/7 job.”

“I call upon my brother judges to draw a roadmap. It is not difficult, but it needs time. The efficacy of the system needs serious reconsideration,” he added.

“These are areas that need to be tackled. When you appoint a judge, train him. He must be reminded that being a judge is a duty to the nation,” he said while criticising the National Judicial Academy in Bhopal. He said that laws of the seas are being taught at such institutions, rather than judicial ethics, writing judgements and conducting court proceedings. “When you appoint a judge, train him up.”

On the matter of commercial courts system, he said that a robust system to decide commercial disputes is required for investors to look in the country’s direction. “Commercial Courts Act has brought within its purview every conceivable commercial dispute. But who is applying the law? The same judge doing the normal work.”

Rajya Sabha Seat not a Bargain, Want to Work for Country

The TMC MP Moitra had also alleged in the Parliament that the former CJI had received his seat in the parliament as a return for making favourable judgments for the BJP in the Ayodhya and Rafale cases. He alleged that if that had been the case, he would not have settled for something of more value than a seat in the Rajya Sabha.

“I thought I will do some constructive work in the Rajya Sabha. If I were to look for something, would I look for a Rajya Sabha seat?” he asked. “Give this much credit to a man who has written these judgments that if he wants to bargain, he will make a good bargain.”

He also emphasised that he will not be taking any remuneration for his Rajya Sabha term and he feels that the media and critics have failed to discuss this aspect.

PM Should not be Praised in Public

When asked about his views on a Supreme Court Judge, MR Shah, publically praising Prime Minister Narendra Modi at a recent event for the Gujarat High Court, he was dismissive of the move. “The learned judge should not have made that statement. If he had great admiration for the Prime Minister, it should have remained with him.”

He did say that such public admiration of the PM by a Supreme Court judge did not indicate the existence of ‘quid pro quo’, which is a favour granted to someone in return for something else.

(Anjali  Jain is a student at the Symbiosis Institute of Media and Communication and is an intern at The Leaflet.)