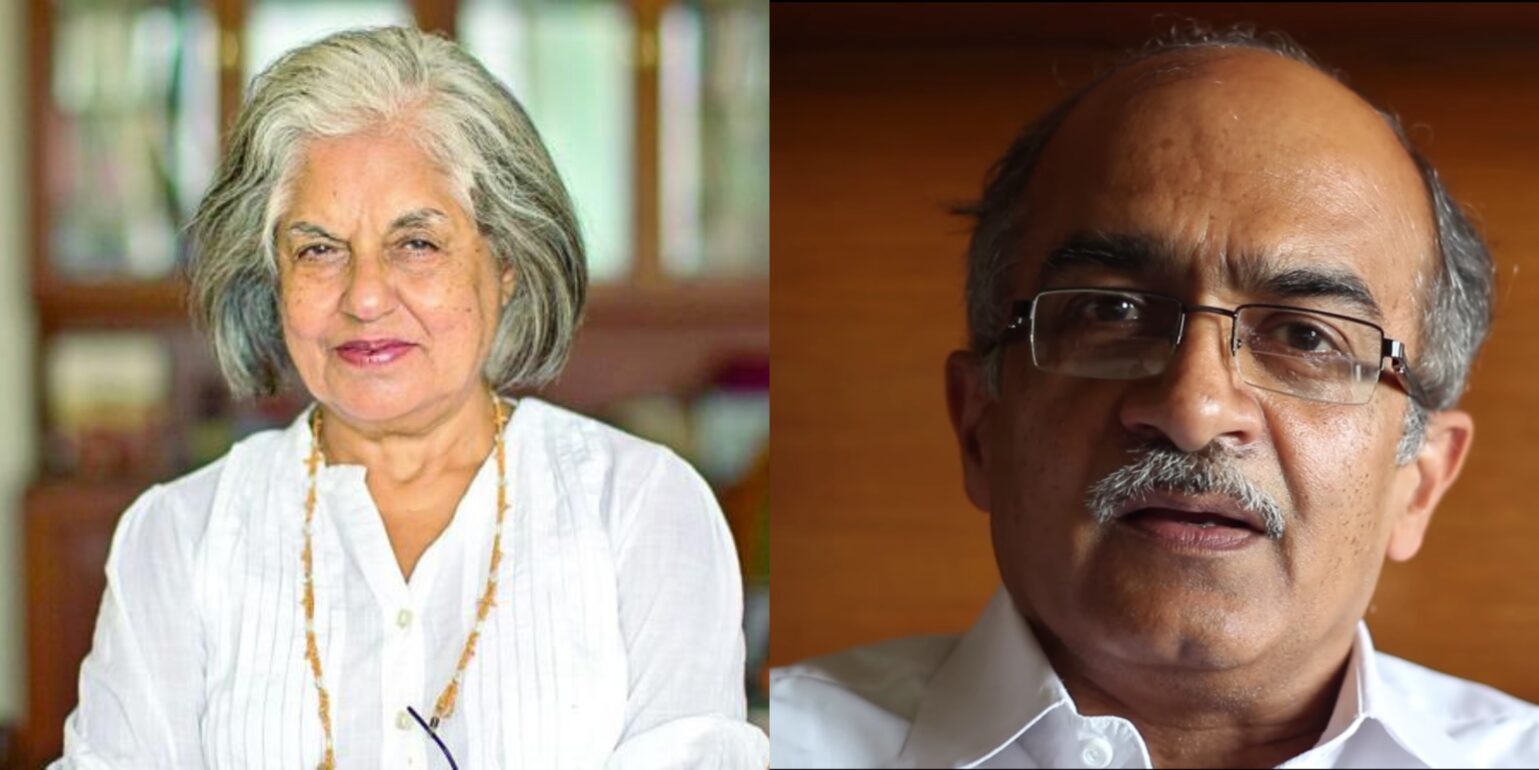 “If there is a cessation of the right to express ourselves then we will be pushed into less than human existence,” said senior advocate Indira Jaising adding that the courts have to entertain PILs. Any matter that affected public interest gave the right to the citizens to question the Court. On multiple occasions, however, the Court had passed judgments in “public interest”, even though the process leading to such a judgment did not include the public or their opinions, she said.  “I speak my mind and therefore I am,” she said in her address drawing a parallel between life in the pandemic and a life without the right to freedom of speech and expression.

Jaising was the keynote speaker at a press conference, organised by the Global Indian Progressive Alliance and co-hosted by The Leaflet to express solidarity with Prashant Bhushan, who has been convicted for contempt of court. Co-organizers included Students Against Hindutva Ideology, Voices Against Fascism in India, Young India, Indian American Muslim Council, Hindus for Human Rights and The Fasting Chain.

While commenting on Bhushan’s case, Jaising expressed how the right to life and personal liberty was infringed upon by the very institution obligated to protect it. He was held in contempt without the framing of charges, making the entire procedure tainted with arbitrariness. She questioned whether the tweets were against the law or whether it was against whatever the Supreme Court held to be against the law.

The fact that this matter was taken up in the times of a pandemic where there were more important issues to address, and the entire proceedings took place behind closed doors, was quite suspicious. She emphasized on the need for judicial accountability and transparency while stating that there cannot be an independent judiciary without transparency in matters of administration of justice. Lawyers being the stakeholders in such matters are duty bound to raise their voices and criticize the judiciary when there seems to be a deviation, emphasizing on the point that for there to exist an independent judiciary, there needs to be a vibrant bar.

She concluded by asking a very pertinent question, “Is it the entire collegium’s view or just a few judges, who are of the view that this is contempt of court? An entire bench comprising all the judges should hear this matter and only then can it be a fair judgement,” she said.

Renowned historian Rajmohan Gandhi stated that it is not Prashant Bhushan who is on trial but the court which is on trial. He believed that by holding an individual of Bhushan’s stature- one who stands against the concentration of power in the hands of a few elite and against anti-democratic forces- the Court was only furthering the lack of confidence of citizens in the system, causing more harm than good.

Raju Rajagopal agreed with Jaising and opined that what Prashant Bhushan has raised in his tweets comprise fair questions. He noted that after a series of judgments in recent times, the public is having the same doubts about the impartiality of the Supreme Court. However, it is not to say that the court has not done good work; there have been some immensely praiseworthy judgments as well, like the Sabarimala issue.

Rohit Tripathi of the Young India Organisation was of the view that legal norms like contempt of court are outdated for a mature democracy like India and needed to be done away with in circumstances similar to the case of Mr. Bhushan.

Manish Madan of the Global Indian Progressive Alliance, emphasized on the point that disagreement cannot and must not be equated to disrespect. In a functional democracy, disagreements and dissents are required to ensure no voice is left unheard, while also ensuring a system of checks and balances.

On the question of why Bhushan’s case was taken up when so many important issues were pending before the Supreme Court, Jaising quoted Justice Lodha, saying that heavens would not have fallen if the SC wouldn’t have taken up this case. It definitely did not require such urgency.

When asked whether India’s legal Community has largely been complicit in the quelling of dissent, Jaising responded that the polarization in the society is reflected in courtrooms as well. The media debates have become so non-nuanced and frenzied that promote only one side of the view.

The organisers and panelists called for action by fasting on The International Day of Solidarity that falls on August 25 in order to show solidarity with Prashant Bhushan.