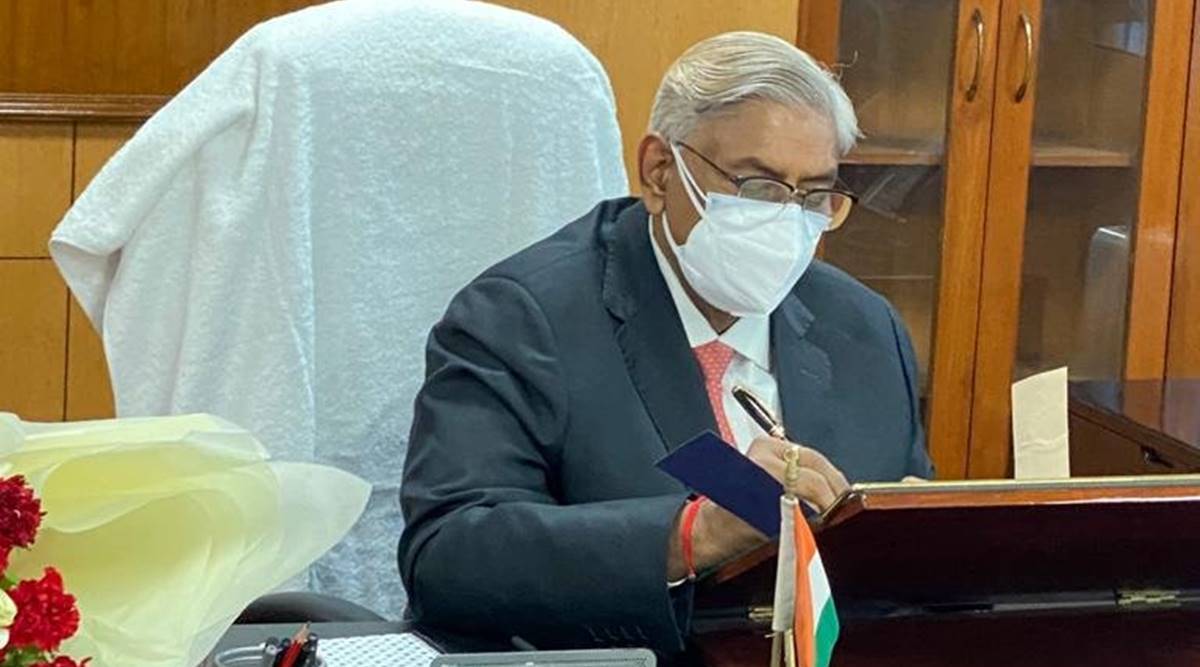 Hamza Lakdawala·June 3, 2021
Home
Due Process
Democracy and Rule of Law

MEMBERS of various Human Rights Organisations and activists have condemned the appointment of former Supreme Court Judge, Justice Arun Kumar Mishra, as the next Chairperson of the National Human Rights Commission (NHRC).

Justice Mishra retired from the Supreme Court on 2nd September 2020. Mishra was nominated to the post by a selection committee headed by the Prime Minister of India, Shri Narendra Modi.

In a joint statement, they also questioned the appointment of former Director of Intelligence Bureau, Rajiv Jain, as a member of the NHRC.

The National Human Rights Commission is constituted under The Protection of Human Rights Act, 1993. As per the provisions of the Act, a person appointed as Chairperson holds office for a term of three years from the date on which she or he enters office, or until she or he attains the age of seventy years, and is eligible to be reappointed.

The group takes objection to Mishra’s appointment stating that the basis for the selection was not guided by the requirements of a Head of the NHRC or even the track record of defending human rights, but was instead based on whether the person selected was close to the ruling dispensation. It states that the Modi-led Government’s decision smacks of brazen arrogance and indifference to public opinion and highlights the cynical disdain of the government for democratic norms and constitutional proprieties.

Mishra was appointed as Chairman despite objections raised by Mallikarjun Kharge, the Leader of the Opposition in the Lok Sabha. Kharge had suggested that a person representing Dalits, Adivasis, Minorities, or other marginalised sections be instead appointed as Chairperson as a bulk of the victims of state abuse come from these communities.

Kharge’s suggestion was ignored and no reasons were placed on record for the same.

In 2019, four of the senior-most SC judges consisting of Justice s Ranjan Gogoi, Chelameswar, Madan Lokur, and Kurien Joseph,  held a press conference to express their concerns regarding the assignment of the Judge Loya case to a bench headed by Justice Arun Kumar Mishra. The four judges also pointed to how politically sensitive cases were being fixed and sent to particular benches which were likely to rule in a certain way.

The statement highlights Mishra’s controversial tenure at the Supreme Court of India. In politically sensitive matters involving the Central government, Mishra would frequently rule in favour of the Centre. These include the Sahara Birla Corruption Case, Sanjiv Bhat Case, Haren Pandya Case, the tussle within CBI case, and bail for Anand Teltumbde and Gautam Navlakha.

Mishra also courted controversy due to his numerous orders which were perceived as insensitive and anti-poor. Mishra has infamously ordered the eviction of millions of poor forest dwellers in a PIL challenging the Forest Rights Act. The order was kept in abeyance only after numerous nationwide agitations were launched by affected tribal communities.

In another instance, a bench led by Mishra had ordered the removal of 48,000 slum dwellings around railway tracks in Delhi. To ensure compliance with its order, the bench also stopped any court from passing an order of stay against such removal.

The joint statement alleges that Justice Arun Mishra has been rewarded for having declared his loyalty to Prime Minister Narendra Modi in a Judicial Conference involving judges from 24 countries on 20th January 2020. At the event, Mishra described Prime Minister Modi as “an internationally acclaimed visionary … (a) versatile genius who thinks globally and acts locally.” At the time, Mishra’s actions were heavily criticised by lawyers, political leaders, and other public intellectuals.

The statement alleged that Justice Mishra’s appointment to the NHRC was a flagrant violation of the `Paris Principles’ which govern the recognition of the NHRC in international law. The Paris Principles mandate the international minimum standards that all National Human Rights Institutions (NHRI) have to meet irrespective of their size. Mishra’s appointment will hamper the NHRC’s independence, plurality, and accountability, the statement said.

The statement also questions why members of the Dalit, Adivasi, minority and other marginalised communities are seldom appointed as members of the NHRC, especially when there are numerous members of these communities who have been former judges of High Courts and Supreme Courts, leading academics and professionals.