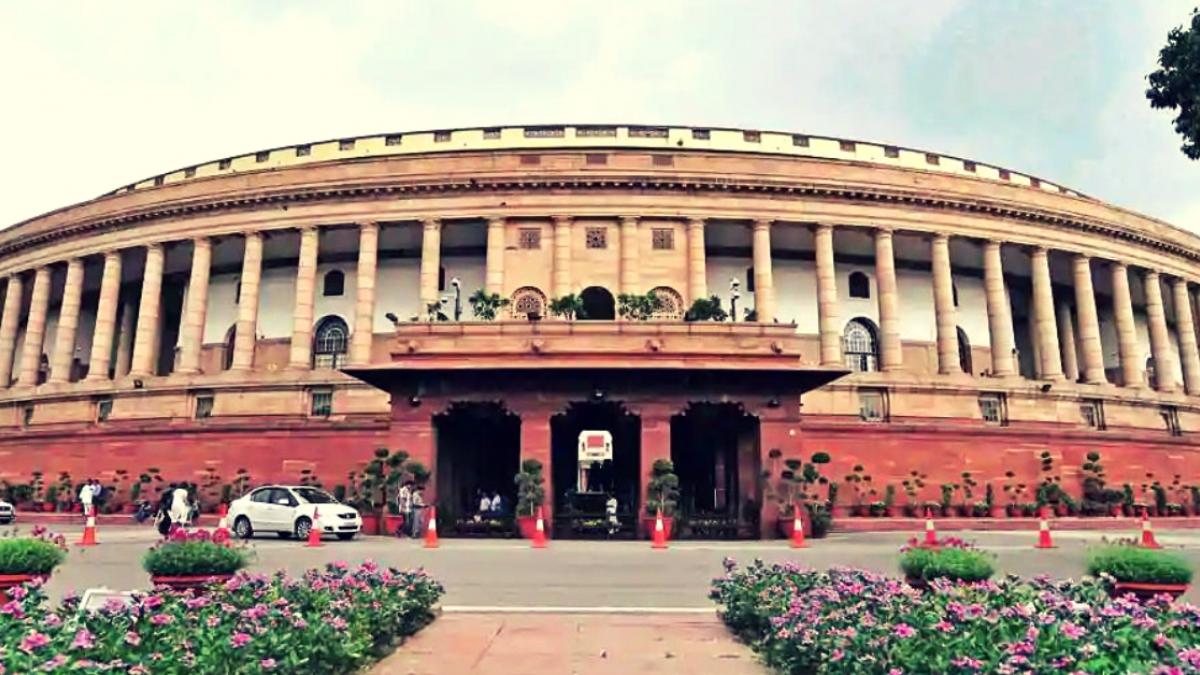 While the Speaker possesses some discretionary power in choosing the methods of voting, the Speaker cannot ignore the demand of even a single member who calls for the division of votes, which is a clearer method of counting votes than opting for the voice-vote. ANUBHAV RAJ SHEKHAR, a law teacher, argues that such misuse of power during the passage of Farm Bills is patently illegal and unconstitutional.

In the Indian parliament, all decisions ought to be taken by voting as mandated by Article 100 of the Indian Constitution. However, the Constitution is silent on the process of recording these votes. Thus the Union as well as the state legislatures have drafted their own rules to record votes.

One of the common methods employed in decision-making is the usage of voice-vote. A voice-vote involves the presiding officer posing the relevant question to the house before proceeding to ask the house for its opinion. Those who agree to say ‘Aye’ and those in disagreement, in their turn are supposed to say ‘No’. The decision of whether the motion has passed or not is taken by the presiding officer on the basis of a rough assessment of which side is louder.

In recent times, several bills, including the Farm Bills, that were passed in this year’s Monsoon Session became laws through the use of the voice-vote. Considering the strong opposition to the bills, they would not have seen the light of day if not for the misuse of voice-vote provisions.

I am not advocating for the abolition of voice-vote in India’s parliamentary setting. On the contrary, considering the voluminous nature of decisions taken by each house of the Parliament, a voice-vote helps in boosting the efficiency of parliament.

A study of the process of voting in the parliament makes it evident that the recording of votes takes a considerable amount of time.

Data also suggests that voice-vote is quite popular amongst the parliamentarians.  From 2004 to 2009, only 20 divisions were called for in the lower house, and the two Lok Sabha(lower house of Indian Parliament) that succeeded it recorded their votes less than fifty times each.

However, while the advantage of a voice-vote is that it is quick, it carries the disadvantage of being inaccurate. We need a workable solution regulating the use of voice-vote that allows for dissenting voices in parliament to be heard.

What are the voting methods in the House of Parliament?

A bill becomes an act once it has been passed by both the houses of the Parliament and receives the assent of the President.

According to Rules of Procedure and Conduct of Business in Rajya Sabha, there are four prescribed methods of voting in the Rajya Sabha:

The speaker ascertains between Ayes and Noes depending on which side is louder during the vocal vote.

Division by counting requires the speaker to ask the Ayes to stand in their places and count them and subsequently follow the same process for the Noes.

If the presiding officer opts for division by automatic vote recorder, then voting is recorded through electronic means.

The chairman requires the members to occupy left and right lobbies depending on whether they support or oppose the bill under consideration.

While in the first two cases, the votes are not recorded, there is a permanent record created if either of the latter two procedures is adopted.

More importantly, as per Rule 252 of the Rajya Sabha Rules, if the speaker’s decision with respect to a voice-vote is challenged, it is mandatory for the speaker to carry out the process of division.

However, during the passage of farm bills on September 20, despite stringent protest from the opposition, the presiding officer of the Rajya Sabha, instead of ordering for division, proceeded to decide on the basis of voice-vote.

Moreover, the passage of a bill in the upper house of Parliament through voice-vote in the face of severe opposition from dissenting parties impacts an integral element of the Indian constitutional structure: bicameralism.

Lok Sabha may be the vox populi, but the Lower House may often reflect brute majoritarianism. In our constitutional democracy, this brute force of majoritarianism is countered by an Upper House representing the States.

Depriving the Upper House of a chance to express itself through division, raises questions on India’s commitment to constitutional morality.

The then Union  Finance and Defence Minister Arun Jaitley went on record to state that the ‘Government of Uttarakhand was guilty of murdering the constitution.’

The gravity of the instance was considered sufficient to conclude that there was a breakdown of constitutional machinery in the state. Consequently, President’s rule was imposed in Uttarakhand under Article 356 of the Indian Constitution.

The proclamation was challenged before the Uttarakhand High Court by Harish Chandra Rawat. The then Attorney General of India, Mukul Rohatgi, too claimed the violation of the rules as ‘murder of democracy’.

While in Uttarakhand the BJP led government claimed misuse of voice-vote to be the breakdown of constitutional machinery, its stance conveniently changed in 2020. Vice President of India Venkaiah Naidu went to the extent of complimenting the Deputy Chairman of Rajya Sabha for the ‘deft manner’ in which he handled the situation during the passage of farm bills.

There are several other instances that can be listed. In 2014, a confidence motion in Maharashtra was controversially decided through a voice-vote. Amidst protests, in 2016, Taxation Laws (2nd Amendment) Act 2016 was also passed through the mechanism of voice-vote. Similarly, the Finance Bill, 2018 also became law through the instrument of voice-vote.

Is there a solution to the Speaker’s excessive discretionary power?

We have enough evidence to conclude that discretionary power with the speaker in regards to ordering a division is prone to abuse.  Therefore, any reasonable suggestion to address the problem should be geared towards eliminating or substantially reducing the scope of such discretion.

I suggest that instead of giving the power to the Speaker to order a division, reliance should be placed on technology. An electronic button should be prominently placed in the well of the house which shall be utilised when any member desires a division on any particular bill.

If a division is claimed by the opposition, transparency demands that the same is awarded.

Once the button has been pressed,  a short bell would ring for thirty seconds establishing that the bill cannot be passed merely through voice vote. On the conclusion of debate on the bill, voting would necessarily be carried out through division and the presiding officer shall be bound to do so.

However, the adoption of this suggestion would only serve the purpose of the Union Parliament. It may still not be enough for legislative assemblies, like Uttarakhand, where, unlike the Parliament, the presiding officer enjoys expansive discretionary powers and could ‘avoid’ a division ‘if he is satisfied that division is unnecessarily claimed’.

There can be objections that such a move would allow members of the opposition to demand division on every bill and hamper the working of parliament. However,  these objections do not hold water as the members of each house have a right to ask for division on any bill.

All assemblies which have the same or a similar provision in their rules would have to amend the rules to deprive the presiding officer of such discretion.  If a division is claimed by the opposition, transparency demands that the same is awarded.

There can be objections that such a move would allow members of the opposition to demand division on every bill and hamper the working of parliament. However,  these objections do not hold water as the members of each house have a right to ask for division on any bill. Therefore, the addition of technology does not make any changes to the rights held by the members, but it does ensure that malafide use of discretion does not deprive them of their rights at all times, especially when controversial bills are debated.

But what if the presiding officer denies the member’s demand despite pressing the electronic button? In such a situation, it would become illegal and be amenable to judicial review.

I concede that Article 122 and 212 of the Indian Constitution prevent the courts from inquiring into the validity of any proceedings in the legislature on grounds of procedural irregularity. However, it has been established in Special Reference No. 1 of 1964 that if the procedure followed by the legislature is illegal and unconstitutional, courts can exercise judicial review.

Further, there is no immunity if proceedings are held in contravention of mandatory provision of the Constitution by exercising powers which the legislature does not possess under the Constitution. Misuse of discretion by the presiding officer to eliminate the opposition is a  violation of Article 107(2) which is clear in its mandate that a bill cannot become a law without the agreement of both the houses.

A reduction in the discretionary power of the presiding offer would allow the opposition to play more than just a perfunctory role during voice voting. Further, it would also protect the constituents who have an interest in knowing how their representative voted.

Often voice-vote allows a face-saving to government allies who would otherwise not vote in favour of a bill for fear of disappointing their people. Lastly, and most importantly, it would ensure that the government does not use the voice vote to silence the voice of the opposition.

(Anubhav Raj Shekhar teaches law at the BML Munjal Law School. He can be contacted at [email protected]. The views are personal.)