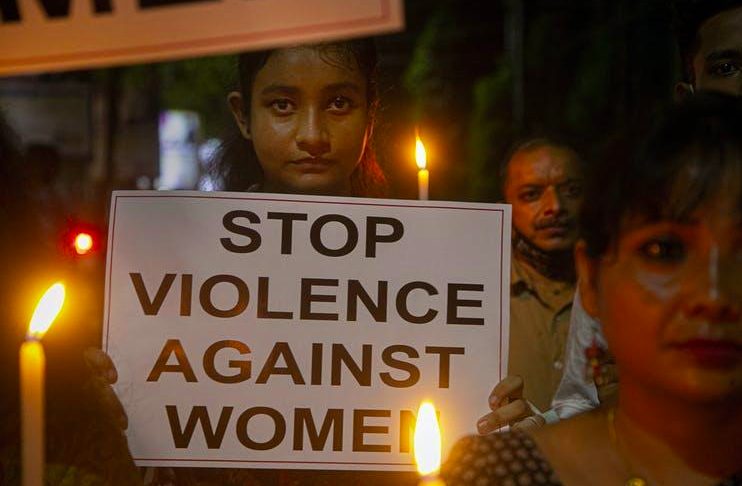 How to Read the Latest Crime Against Women Data?

If the latest data by the National Crime Records Bureau (NCRB) is to be believed, after many decades Indian women had a relatively good year in 2020. As per the bureau’s ‘Crime in India-2020′ report, crimes against women decreased between 2019 and 2020 by no less than 8.3%. In 2020, a total of 3,71,503 crimes against women were recorded against 4,05,326 crimes in 2019. The NCRB observed in its report, “The country remained under complete lockdown from March 25, 2020, to May 31, 2020, due to COVID-19 Pandemic (First Wave), during which movement in public space was very limited. The cases registered under Crimes against Women, Children and Senior Citizens, Theft, Burglary, Robbery, and Dacoity have therefore declined…”

Was the country actually safer for women in 2020 amid the COVID-19 lockdown? Let us start by looking at domestic violence data to get a clearer picture.

According to the data by the National Commission for Women (NCW), domestic violence against women had increased manifold during the lockdown. Only between March 25 and May 31, the NCW received 1,477 complaints of domestic violence from women. This short span of 68 days recorded more complaints than those received between March and May in the previous ten years. In the entire year of 2020, when some level of restriction on movements was imposed in various parts of the country even after the lockdown, the women’s commission received 5,297 complaints of domestic violence. This was almost a 79% jump from 2019 when the NCW received 2,960 such complaints.

However, the NCRB data, which records cases registered by the police, recorded a dip in domestic violence in the country. According to the NCRB, 446 cases were recorded in 2020 under the Protection of Women from Domestic Violence Act (or the DV Act). This was a staggering 19.3% dip from 2019’s 553 cases. Similarly, cases of cruelty by husbands, which are often used instead of the DV Act or used in conjunction, have also recorded a dip. In 2019, 1,24,934 such cases were recorded as opposed to 1,03,272 cases in 2020 (a fall of 17.3%).

Does the mismatch in the two data sets perhaps point to a larger problem of underreporting domestic violence to police during the lockdown?

“If we look at anecdotal evidence, journalistic reports, we know that domestic violence has not decreased. The cases of domestic violence are not going to the police point to a problem in the system somewhere- either the women are not able to go out to the police station to report a crime or because of the lockdown, they have nowhere to go so they continue to suffer. Increased vulnerability during the lockdown made it difficult to report violence”, said Preeti Pratishruti Dash, Assistant Professor of Law, National Law School, Bengaluru. “ Every crime has gone down because people were staying at home and not venturing out, but that logic doesn’t hold for domestic violence”, Dash added.

Experts also say that the inaccessibility that exists around the police has increased amid the pandemic.

“When one goes to the police station to register an FIR where the woman is experiencing familial distress, the police is happy to invoke Indian Penal Code (IPC) Section 498A (cruelty by husbands) instead of the more accommodating DV Act. However, the police approach is to mostly broker a compromise between the two parties, and if not, then the woman is often at the receiving end of hostile behaviour from the police. So I can imagine, the NCW is an easier forum to access for women, which is not a reflection of NCW’s efficacy in any way, but it is a reflection of the incompetence of how hostile the police system as a space is,” said Nikita Sonavane, lawyer and co-founder, Criminal Justice and Police Accountability Project.

“Impediment to reporting inter-partner violence existed before as well, but those hurdles have been exacerbated during the pandemic,” Sonavane added.

Data from the latest findings of the National Family Health Survey also points out that domestic violence is severely underreported and is on the increase in many regions. Out of 22 states and union territories, women in seven regions (Assam, Jammu and Kashmir, Karnataka, Ladakh, Maharashtra and Sikkim) had reported an increase in experiencing gender-based violence after marriage. In many other states where such violence didn’t increase, the incidence of such violence was still high. At least 39.6% of women had experienced domestic violence in Manipur, while this figure was 40% in Bihar and 36.9% in Telangana.

Sonavane and Dash both agreed that like domestic violence, other crimes against women had also been underreported amid the pandemic.

“Crime against women has gone down- this notion is a complete hoax. In fact, the pandemic has exacerbated the abusive situation of not just women but queer persons or anybody that belongs to a marginalised location. We studied policing in Madhya Pradesh during the pandemic and it was very evident that cases of sexual violence registered were minuscule and not because these crimes were not happening. A majority of cases registered by the police were against flouting Covid-19 norms, gambling, possession of liquor etc.,” said Sonavane.

“We should read the rape data with the domestic violence data which puts the former in question. Since the beginning of the NCRB publishing ‘Crime in India’ reports, the number of cases for every crime against women including rape has more or less increased. It is indeed very surprising that the number of rapes has declined amid the pandemic. It could be a problem in reporting. Also, I think most of the egregious kinds of rapes and rapes by strangers are being reported, and reporting of what usually forms the bulk of rape cases which includes rape by family members, sexual partners and acquaintances have dropped in the pandemic” said Dash. More than 90% of rapes are committed by persons known to the victim, data from the 2018 NCRB report had shown.

“To claim courts are working better, this trend of improved conviction will have to continue for at least 3-4 years. Also, to assess if the process or the legal system has become more women-friendly, we need to examine the process and not just the outcome. It is true that a good conviction rate means that crimes against women are punished more harshly, but we also need to look at the process involved. The evidence that comes from rape trials is that courts continue to pass very anti-women patriarchal comments. A lot of the cases boil down to what kind of a woman was involved- was she an elite woman or a marginalised woman? and her sexual history is called into question too,” remarked Dash. “This approach is very much visible when the accused is known to the victim, like a cousin or a boyfriend. Here women are put on trial and these cases often result in acquittal, and the reporting of these kinds of cases could have gone down with more violent rapes garnering more media attention being reported more prominently. The latter see higher conviction and could explain the increased conviction rate”, she added.

“I will also be very interested to see the caste composition or the socio-economic status of the people convicted. The NCRB itself shows that Dalit, Adivasis, OBCs and Muslims are overrepresented in the prison population. Not to say that these groups are not capable of harm, but to also say that it is easier for the system to convict certain kinds of people,” said Sonavane. The 2019 prison data by the NCRB showed that the number of Muslims, Dalits and tribal populations incarcerated in jail was disproportionately higher than their numbers outside.

“A Tarun Tejpal will never be convicted, or the chances of someone from that stature to be put behind bars is practically zero compared to someone from a marginalised community. Conviction rate should thus not be a reflection of the working of the system”, Sonavane added.

Earlier this year in May, former Tehelka editor Tarun Tejpal was acquitted by a Goa court in a 2013 sexual harassment and rape case filed by his colleague.

Clearly, the NCRB’s latest data on crime against women needs to be taken with a pinch of salt as underreporting has been another pandemic that was rampant as the COVID-19 virus raged on. But was there a way to improve reporting of crime against women amid the pandemic? “In several other countries, there were social workers brought in to deal with cases of domestic violence during the pandemic and everything was not left to the mercy of the police. The DV Act has provisions for designating NGOs to help victims. Why weren’t such organisations sprung into action by the state? It was the state’s duty to facilitate access to these social workers for not just domestic violence but every crime. Why weren’t these mechanisms strengthened? This had become especially important when we had the police force out on the streets doing everything to keep the lockdown in place. Shouldn’t other stakeholders have been activated during this period to help women who were at the receiving end of sexual and domestic violence?” asked Sonavane.