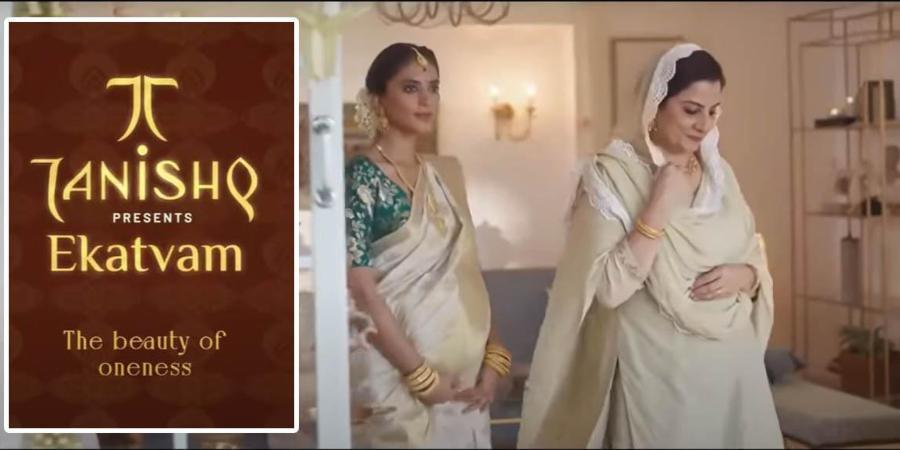 Manipulation of facts and truth to construct a false narrative as the more popular truth is a trademark of the politics of our times. Love Jihad itself has limited evidence to support its thesis and yet trolls succeeded in bringing down an advertisement that subtly showcased India’s unity in diversity. LAKSHMI LINGAM writes on how the Tanishq controversy and the Love Jihad conspiracy are part of our post-truth world.

OCTOBER 2020 witnessed another media storm around the Tanishq advertisement under the Ekatvam series celebrating interfaith ties through the depiction of godbharai (baby shower) celebrations showing a Hindu daughter-in-law of in a Muslim household.

The aesthetics of the advertisement tells the viewer of the class background of the Muslim family. The gift of thick gold jewellery seals that understanding.

The advertisement was applauded, but that was heavily overridden by the shrill criticism which questioned TATA’s motive in propagating ‘love jihad’. Hitting below the belt of commercial interests was the hashtag #boycottTanishq, threats to vandalise the jewellery showrooms and lynch the brand manager of Tanishq, who happens to be a Muslim.

In earlier years too, the depiction of Hindu-Muslim interfaith relations was attempted by Brooke Bond Red Label Tea and Surf Excel.

It is important to ponder as to what is at the root of this intolerance, moral panic, and anxiety?

The Brooke Bond Tea ad shows a young Muslim woman offering tea to a Hindu senior couple and the Surf ad showed a Hindu girl helping a Muslim boy reach the mosque safely shielding him from coloured water ballons during Holi. While they received some flak, the social media activity on Twitter with vicious tweets and open threats and the subsequent withdrawal of the Tanishq advertisement by TATAs with an apology is unparalleled.

So what is different? It is important to ponder as to what is at the root of this intolerance, moral panic, and anxiety?

The Tanishq ad is different from the other two television advertisements in terms of who the protagonists were and what they were doing.

A pregnant Hindu daughter-in-law, a Muslim husband, and a loving Muslim mother-in-law who reaffirms the love for a daughter (in-law) is a connecting bond between Hindu and Muslim cultures. This narrative does not fit into the mainstream chronicle of irreconcilable differences and perpetual suspicions of motives.

Further, the pregnant Hindu woman evokes deep-seated anxiety among the Hindutva ideologues of a steady taking over of Hindu women through love and marriage to topple the majority community through ‘demographic warfare’. This is the basis of the conspiratory theory embedded in the term ‘love jihad’, no-weapons terrorism. Muslim male sexuality and prowesses, Hindu women’s gullibility, and Muslim women’s fertility fuel this conspiracy theory further.

The outburst by a Godwoman on gullible Hindu women falling for the sensuality of Muslim lovers, as a threat to ‘Hindu’ India, is currently trending on Twitter. However, this is also not the first time that such baseless statements have been made.

Hence protecting Hindu girls from Muslim men through vigilantism on the one hand, and extolling Hindu women to have more children are part of sloganeering for establishing a Hindu nation.

Dibyesh Anand, minority studies scholar from Westminster University, has closely documented this aspect of the propaganda machinery which spins the conspiracy theory that Muslim men are encouraged to ‘allure, attract and abduct’ Hindu girls. These theories fuel the majoritarian identity politics which get redrawn on the stereotyped representations of docile Hindu women and dangerous Muslim men. Hence protecting Hindu girls from Muslim men through vigilantism on the one hand, and extolling Hindu women to have more children are part of sloganeering for establishing a Hindu nation.

What is the evidence and does it help substantiate the threat of rampant inter-religious marriages and run away fertility rates of Muslim women?

As per data from the India Human Development Survey (IHDS) of 2011-12, no more than 5% to 10% of marriages in contemporary India, are inter-caste in nature, a mere 2% are inter-religious and there has been little change in this number since the last IHDS of 2005.

Countering the dominant perception of Muslim fertility and perceived non-acceptance of a small family norm, the Census of 2011 recorded the Total Fertility Rate (TFR) of Muslim women as 2.3 and 2.1 for Hindu women.

Northern and central states have higher fertility rates than southern states in India. The TFR and religion-wise population growth rates across states in India is observed to be linked to the performance of the states on several development indicators and less to do with religion.

Another important indicator that is often seen as a proxy indicator for the status of women and girls is the sex ratio. The sex ratio of females to males in the population for Muslims is 936 compared to 931 for Hindus.

Businesses in a post-truth landscape have to be basing decisions on facts and evidence and not be bullied by trolls and social media threats.