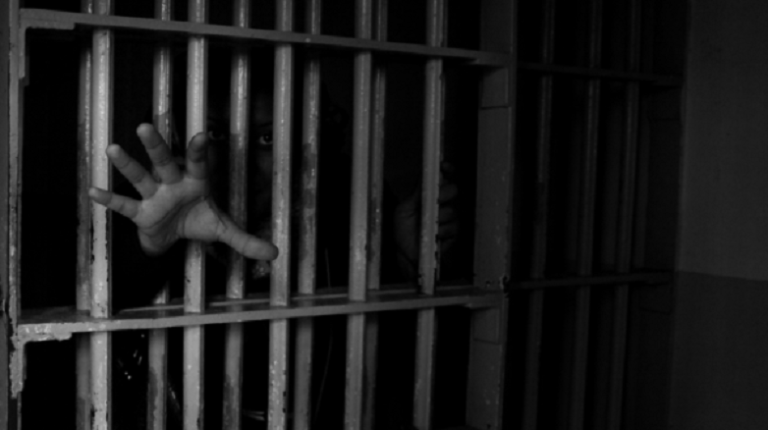 Numerous newspapers reported the uninhabitable condition of the women’s prison in Byculla, Mumbai to the fore as being riddled with human rights abuses where inmates were beaten up by jail staff over petty matters, denied basic amenities like soap and sanitary napkins, disallowed meetings with families, served unhygienic food etc. Sadly though unsurprisingly, the motivation behind such scrutiny was not a routine inquiry to take into account and improve women’s experience and interface with the criminal justice system but the murder of an inmate after she was allegedly beaten up brutally by the jail staff and the protest against the incident by around 200 inmates on the prison’s terrace. It is appalling that the acknowledgement of women within androcentric state institutions only occurs in a reactionary, ancillary and knee jerk manner at the heavy cost of such shocking incidents and not in discharge of the state’s affirmative obligation to grant them equality of access and treatment within the criminal justice system. If there were any room for doubt in that regard, it stands dispelled by the findings of the Report of the Standing Committee on Empowerment of Women titled, ‘Women in Detention and Access to Justice’.

No Assessment of Gender Specific Issues

It can be inferred from the Report and the Ministry of Home Affair’s abject silence when questioned about data regarding women’s concerns that state policy regards female interests as disposable more often than not and factors them in only as a matter of piecemeal concession to prevent greater upheaval and window dress minor inconveniences to retain the patriarchal power differential within its institutions. In the absence of such incidents, there is hardly ever any effort put into a normative redefinition of female experience within these institutions to make the terms of access less marginalising and exclusionary to women. Bearing testimony to a blatant lack of assessment of women’s concerns, the Ministry in their written reply were neither able to furnish details regarding women lawyers in the Legal Services Authorities working among women prisoners nor reliable information regarding custodial rapes. There was no data about the number of NGOs working for women’s welfare in prisons or any central assessment on the gender specific health problems among women prisoners. The details of cases of AIDS/HIV and substance abuse among women prisoners were also not maintained centrally.

Problems Faced by Women in Detention

While detention conditions may not be discriminatory on paper, failing to account for the special needs of female inmates in a prison system designed for males makes the experience and impact of detention discriminatory for women. As the Report emphasised, women in detention, undergo emotional and psychological trauma far more acute than their male counterparts, which only gets compounded due to the dearth of counsellors, psychiatrists, female staff, welfare officers to help them overcome problems of institutional adjustment and allay their mental anxieties. As per Prison Statistics India 2015, there are 347 cases of psychiatric ailments among female prisoners – and many jails do not have psychologists/psychiatrists. Family visits become an effective stress buster for women in detention, the Report noted, especially because many women in cultures like ours where imprisonment is regarded as particularly shameful may be abandoned by their husbands and families. Research has affirmed that women have greater mental healthcare needs than men in detention due to past experiences of domestic violence, and a continuing vulnerability to physical and sexual abuse.

The Report also found that women’s jails are overcrowded beyond their capacity adversely impacting the physical and mental health of inmates. Jails being a State subject pose another challenge as States have an enormous demand on their limited resources and are unable to attract as much funding as they ought to. Foreign women undertrial prisoners (63.3% as per NCRB data 2015) face additional problems of language, culture, lack of awareness of rules and laws, anxiety due to remote access to family and loved ones and lack of bonding with other inmates making them even more disadvantaged in accessing justice. The absence of good interpreters and linguistic differences hinder their access to vocational and educational programmes further. Moreover, the District Legal Aid Societies (DLASs) though active in all districts to provide legal aid to inmates should focus on ensuring that this aid is accessible to all classes of inmates, especially to under trials and women whose concerns have been erstwhile overlooked. The system of administration of justice has rendered women more vulnerable due to its slackness and excesses. Social factors further marginalize their participation in mainstream society, reform programmes etc. while inadequate, formalistic and expensive legal aid, avoidance of the legal system due to economic reasons, financial dependence on men, fear, abandonment, a sense of futility of purpose, lack of autonomy, de facto protection and awareness of their rights aggravate their suffering.

Bearing the Brunt of Custodial Violence

The power differential that alienates women from justice in these institutions is the most pronounced in cases of custodial violence, torture, rapes and deaths. Also, though theoretically there are mechanisms to prevent, avoid and report such incidents by way of segregation of guarding staff gender wise and grievance redressal mechanisms, the gap between theory and praxis continues to persist. The Committee were informed by the Ministry that in the state of Uttar Pradesh there were 189 cases of custodial rape in 2014 and 91 in 2015. It was found that data regarding custodial rapes was unavailable in most other states and where available was riddled with stark discrepancies. The Report suggested better surveillance and supervision through CCTV cameras and greater interface with Civil Rights activists to mitigate these excesses and generate rights awareness among the prison population.

The absence of crucial data concerning women’s needs evidences a lack of interest in gauging, let alone addressing women centric requirements which perpetuates the inertia in bridging the gendered gap in access to the criminal justice system. According to the Report, there should be special recruitment drives to engage more female legal volunteers and lawyers for drafting applications, affidavits etc. The report also highlighted the need for surveys to be undertaken across prisons, in collaboration with state governments and NGOs, to compile data related to gender specific health issues and other accessibility problems faced by women.

In a welcome move, the committee emphasised the gender sensitive provisions of the revised Model Prison Manual, 2016 regarding the focus on women’s reformation, care and needs while recommending steps to be taken to conduct an impact assessment to ensure that the implementation of the 2016 Manual does not suffer from the same follies and aberrations that crept in the earlier efforts towards dispensing justice to women. The Ministry recommended that States fill up the vacancies to offset the shortage of welfare officers, counsellors, psychiatrists and female staff in prisons in a time bound manner and actively participate in developing and effectively implementing sensitive strategies for women to deal with post-release stigmatization, victimization and abandonment by families.

Further, the Committee directed the Ministry to develop strategies to combat the problem of overcrowdingand submit a report to the Committee in that regard, ensure that under trial prisoners particularly vulnerable groups like women falling within the ambit of Section 436 A Cr. P.C. are released if detained for long periods as a matter of statutory right and restraint by the police is exercised in resorting to unwarranted arrests by following the Supreme Court guidelines. Provisions for the care and rehabilitation of women prisoners suffering from a variety of health problems in prisons – gynaecological, obstetric, physical and mental were also recommended. Furthermore, to mitigate the problems faced by foreign women prisoners, the Committee recommended creating special cells/officials dealing with foreign nationals in various custodial situations and addressing their religious, dietary and spiritual needs. The Committee also suggested coordination between the Ministry of Home Affairs and the Ministry of Skill Development for development of skills of women prisoners and exploration of employment opportunities post-release to facilitate their integration in society.

It is crucial to ensure that the constitutional and statutory legal framework contained in provisions of substantive law (IPC, CrPC and IEA), judicial pronouncements, domestic legislations and international obligations and standards (as mentioned in the UDHR, ICCPR, ICESCR, CEDAW etc.) are respected and applied with sensitivity to ensure that women’s particular needs are met while in detention.

The “Dilemma of Difference” turns on the conflict between an approach that considers everyone equally and one that recognises differences and entails affirmative action to rectify those hierarchically ordered differences. The objective of this study was to recognise the especially marginalised situation of women in prisons and protect their rights from being violated. By failing to recognize the specific problems of women, the formal equality approach recreates and widens the difference in access to the criminal justice system between men and women embedded in a patriarchal context by not just disregarding women’s specific needs but also denying them access to many services and opportunities available to male prisoners. Our prisons like most other institutions are developed keeping only the numerically dominant male population and their interests in mind, which is why a gendered perspective on the issue would go a long way in facilitating women’s institutionalised access to justice. The women in these prisons are inhabiting spaces not developed initially for them and thus the Committee’s recommendations to revise the Prison Manual reflecting these gendered concerns are extremely pertinent.

The Committee also dispassionately recorded the findings within the Byculla prison and ‘requested’ the jail authorities that have been accused of rampant torture by numerous inmates to not harass those who ventilated their grievances before it. The report ends on the cunningly naïve note that the criminal neglect of the female populations within our prisons occurs because “the necessities to be provided to women prisoners are often overlooked by all concerned authorities despite best of intentions” as if the intention to overlook, invisibilise and exclude was somehow condonable and not a manifestation of patriarchal privilege and power differentials in itself.

Anupriya Dhonchak is a law student at National Law University Delhi, interested in the law, gender justice, literature and poetry.