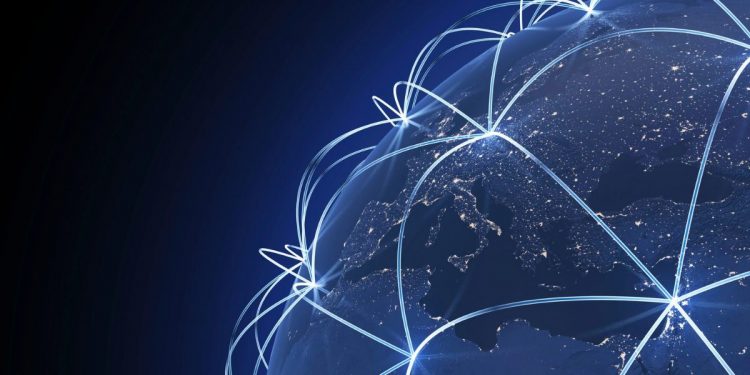 International sanctions may be the most popular instrument of foreign policy exercised by financially prosperous and influential countries, but globalization blunts the enforcement mechanism for sanctions in myriad ways, leading sometimes to humanitarian costs, writes TWISHA CHANDRA.

THE spectre of Russia’s military aggression against Ukraine has once again raised the question of the relevance of sanctions, with both the United States of America and Europe considering to impose sanctions against Russia if it invades Ukraine.

The accession of Crimea in 2014 led to the imposition of tight sanctions on Russia by the West, as did the killing of Russian tax advisor Sergei Magnitsky, yet the country continues its aggression, its clampdown on human rights, including openly poisoning its enemies and strengthening its dictatorial system of government, pretty much undeterred. Russian President Vladimir Putin threatened U.S. President Joe Biden that imposition of more sanctions will lead to a breakdown of bilateral ties. This is the latest example of the weakening and rather useless nature of sanctions in achieving any desired result. In fact, the suffering majority as a result of these sanctions are not political leaders in power whom they target, but already suffering common populace.

So why has the much touted, talked about and much used strategy apparatus of sanctions failed? Is growing globalization to blame for this defeat? The purpose of this article is to explore, through some real-world examples, the link between key forces of globalization and the dilution of the imposition of sanctions. Globalization has, in many instances, also turned sanctions into a poor policy option.

The origin of sanctions can be traced back to ancient Greeks. Athens had imposed a trade embargo on its neighbor Megara in 432 B.C. Since then, there has been a long history of countries blocking their enemies or forcing a recalcitrant nation to change its policies via the imposition of sanctions. Sanctions have evolved post World War II to target terrorism, nuclear proliferation activities, human rights abuses, military regimes, and so on. They target illegal activities in the financial sector too such as money laundering, terrorist financing and other financial crimes. Today’s complex web of economic and social relationships makes it obligatory for banks, financial institutions, governments, and non-government entities to implement sanctions’ regulations. Penalties for non-compliance can result in loss of reputation, huge financial fines, the freezing of assets, withholding of diplomatic privileges, banning entry into certain jurisdictions, arms embargos, withdrawing of trade privileges or prohibiting trade entirely and a host of other punitive measures.

International sanctions have recently become a very popular instrument of foreign policy as nations largely denounce full scale wars. Also, the globalized economy and increase in international trade have allowed a handful of financially prosperous countries to exercise leverage in the form of sanctions, allowing their huge expansion.

Although there is no one universal definition of sanctions, European public international law professor Vera Gowlland-Debbas in her book ‘National Implementation of United Nations Sanctions: A Comparative Study’ has defined sanctions as “coercive measures taken in execution of a decision of a competent social organ, i.e., an organ legally empowered to act in the name of the society or community that is governed by the legal system.” The legal framework regulating sanctions may be found in the law of international organizations, general international law, and national law. Though the enforcement framework of international law is far from strong, (as discussed later here), Chapter VII of the United Nations (UN) Charter does provide for sanctions enforcement. U.S. sanctions also have force of law and are quite sweeping, are European Union (EU) and U.K. sanctions’ regimes.

International sanctions have recently become a very popular instrument of foreign policy as nations largely denounce full scale wars. Also, the globalized economy and increase in international trade have allowed a handful of financially prosperous countries to exercise leverage in the form of sanctions, allowing their huge expansion. Sanctions are either comprehensive in nature, prohibiting broad-based commercial activities with entire nations, or targeted, like restricting trade with certain persons, companies, and industries. They can be unilateral, that is, imposed by one country alone or multilateral, that is, imposed by several countries or international body/bodies.

The most relevant example of multilateral sanctions is UN enforced sanctions. Hence, their scope and breadth allows them to be used widely, making them a universally acceptable foreign policy choice despite their far-from-perfect administration.

American professor of economic history Robert Allen rightly commented that globalization disrupted the economies of many poor nations by integrating markets and transforming countries with labour intensive products and technologies into “underdeveloped” markets. This widened the chasm between rich and poor nations, enabling the former to expand their influence by employing largely one-sided strategies like sanctions.

Sanctions are largely implemented by the UN, U.S., E.U., and U.K.; in short, by an ‘influential’ lobby targeting ‘helpless’ nations, with the rest of the world expected to follow. A real-world example of the imposition of unilateral sanctions is the U.S. embargo on Cuba, which has cost Cuba roughly $130 billion in economic value over six decades. This is one and half times Cuba’s annual GDP of $87 billion. This highhandedness made consensus on sanctions tough, and rendered them largely unpopular.

Technically, if one looks at the process of formulation of sanctions, one may conclude that they are ‘hard’ law, which is to say, legally binding. For example – UN Security Council resolutions have binding force, EU sanctions bind their members, and U.S. sanctions, although unilateral, do bind non-U.S. nationals. However, globalization has blunted the enforcement mechanism by providing many ways of circumventing sanctions. For example: there were an alleged 250 violations of UN Sanctions between 2019 and 2020. Many sanctioned countries can adjust — such as by changing trading, investment, and business partners — to avoid sanctions’ effects. More trading creates opportunities for new partnerships in response to sanctions—some openly and some through black markets. As an example, India openly defied sanctions by continuing to import oil from Iran, and the U.S. could not retaliate in any meaningful way.

The multiplication of global sources for investments and debt led to “dark pools” of global financing that exist outside the reach of domestic regulations or international policing like offshore havens and hawala channels.

The U.S. embargo on Cuba has cost Cuba roughly $130 billion in economic value over six decades. This is one and half times Cuba’s annual GDP of $87 billion.

For example: the Global Magnitsky Act in 2016 explicitly requires the U.S. Treasury Department to take into consideration credible information from NGOs that monitor human rights, sparking lobbying in favour of sanctions by a variety of interest groups. Letting Saudi Arabia off the hook is another example of extensive internal lobbying; this happened despite well documented human rights abuses and the infamous killing of Saudi journalist Jamal Khashoggi.

Globalization made the integration of economies and societies as well as the development of information technology possible, and with this the role of the traditional State diluted, giving way to transnational private actors. These actors play an important role in sanctions imposition, but many lack strong strategies to uncover high risk partners, vendors, and products that could bring them into conflict with sanctions-issuing governments. Further, the nature of cross border crimes has also changed, to include cybertheft, cryptocurrency and ransomware attacks. These new crimes provide anonymity and speed, which makes sanctions a reactive scheme. For example: the U.S. meat company JBS USA Holdings Inc. directly paid $11 million to ransomware attackers, leaving no room for regulatory intervention.

With approximately 4.48 billion users, social media is the new ‘public square’ of our times. Globalization has made the exchange of information quick and mostly unregulated; this includes the spread of inflammatory, violence-inciting content, as well as hiring for extremist causes and the spread of propaganda. When countries add extremist groups to their sanctions list, they expect social media companies to comply, but this rarely happens, and there are weak enforcement mechanism to hold them accountable. For example: Twitter has not banned Taliban accounts even though the group is subject to both unilateral and multilateral sanctions.

Harm from over compliance

Globalization enforces obligations on non-State actors resulting in over-compliance with sanctions. This sometimes leads to difficulty in import of basic food and medicines, thereby leading to more deaths and suffering. Recently, sanctions imposed by U.S. and E.U. on Afghanistan blocked $9 billion in Afghan central bank assets, leaving aid groups trying to help the population at the risk of starvation and death. This freezing of funds and assets is a direct consequence of globalization, where internal obligations are imposed directly on non-State actors, and where they are involved directly in the activities of international organizations to protect human rights.

Recently, sanctions imposed by U.S. and E.U. on Afghanistan blocked $9 billion in Afghan central bank assets, leaving aid groups trying to help population at the risk of starvation and death. This freezing of funds and assets is a direct consequence of globalization

(Twisha Chandra is a Financial Crimes Manager with Accenture, and an LL.M. candidate in International Sustainable Development at the University of Washington, Seattle. The views expressed are personal.)