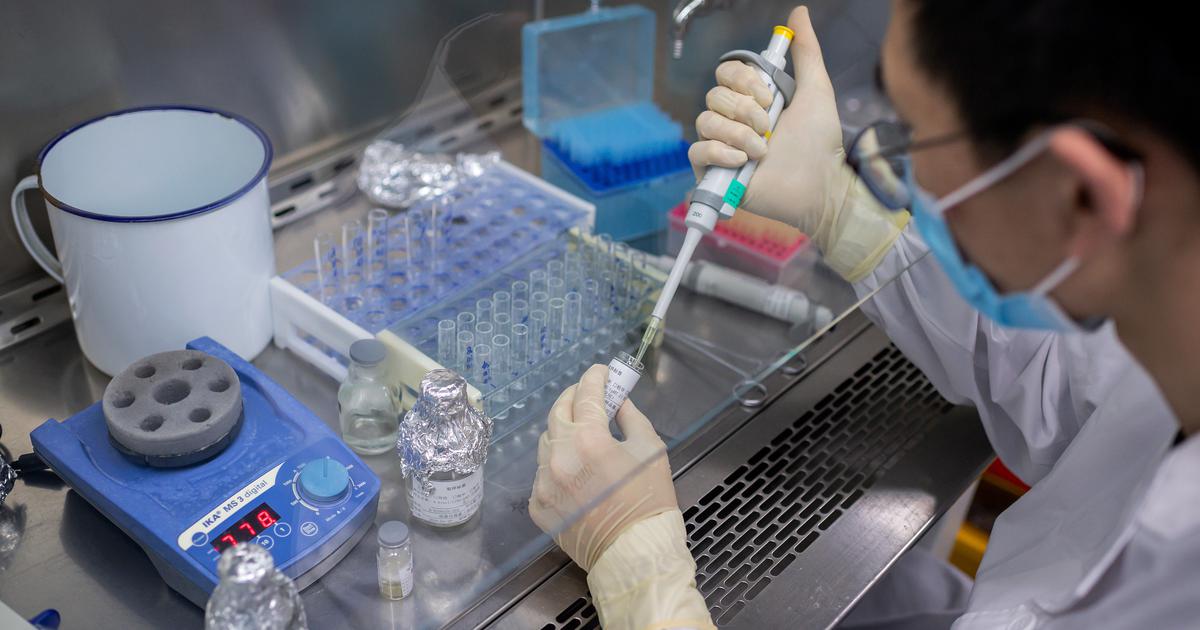 Explained: How do Vaccines Work?

Vaccines have been around for over two centuries. Since the COVID-19 pandemic, they have been the most-talked-about scientific issue in India and the world. ANAND GROVER explains how the human body responds to them, the different kinds of vaccines and the technologies under development.

When any microbes enter our bodies, they reproduce rapidly leading to infection and possibly an illness. Our bodies have a natural defence mechanism against microbes, which is called the immune system, and it first develops when a child is born, particularly when it is breastfed.

The blood in our body has red and white cells. The white cells comprise part of the immune system.

Recognition of foreign (not-self): The immune system first recognises whether the microbe that has entered our body or part of our body, is self or not-self. Once it identifies it as not-self, different white cells perform diverse functions to destroy it.

Macrophages are white blood cells. They destroy the microbes by swallowing them. While so doing they leave behind parts of the microbes, the antigens.

B-lymphocytes, which are a type of white blood cells, produce special proteins, Y-shaped antibodies, that attack the pieces of the microbes left behind by the macrophages. Each antigen stimulates a specific antibody, which attacks the antigen. This is known as humoral immunity.

The memorising of the antigen is done by the production of what are called memory cells. If our body is invaded by the same microbe again, these T-lymphocytes cells mount the same response quickly to attack it.

The T-lymphocytes, another type of white blood cells, attack cells in the body that are already infected. This is known as cellular immunity.

The above scenario takes place when a microbe enters our body for the first time. The response to destroy it with macrophages, anti-body production by B-lymphocytes and destruction of infected cells by T-lymphocytes takes time and may not be successful.

However, if the response is successful, the body has the ability to remember the microbe and if it the same microbe attacks again, the immune response is much quicker.

The memorising of the antigen is done by the production of what are called memory cells. If our body is invaded by the same microbe again, these T-lymphocytes cells mount the same response quickly to attack it. Similarly, when the same antigens are detected, B-lymphocytes memory cells produce antibodies to attack them.

Vaccines are biological preparations that use the memory function in our bodies to stimulate an immune response. Instead of a live microbe, an inactivated microbe, or dead form of the whole microbe or a part/s of it, known as the antigenic part, which cannot reproduce again and therefore poses no threat to us, is injected in our body.

Our body, using the immune system’s recognition and memory functions, induces the immune system to provoke a response, produces T-lymphocytes and B-lymphocytes and the antibodies to attack the inactivated or dead microbe, then memorises it so that if and when the real microbe attacks our body, it will be able to mount an attack on it rapidly, to destroy them. Different types of vaccines have been developed over a period of time. The term vaccine has its origins from Variolae vaccinae, the term devised by the famous immunologist Edward Jenner, who developed the vaccine for cowpox.

Inactivated vaccines are, as the name suggests when the disease-causing microbes are inactivated or killed in the process of making the vaccine. This was the traditional method of developing vaccines. Examples of inactivated vaccines include polio (salk), influenza, rabies, hepatitis A, anthrax, cholera, pertussis, rabies, and polio (sabin) vaccines.

Live attenuated vaccines are, as opposed to inactivated viruses, live viruses, or bacteria, but attenuated (weakened) such that they cannot cause any significant danger to us. Advances in tissue culture techniques facilitated this development.

Live attenuated vaccines are the closest to the actual live virus and bacteria and therefore more likely to produce an immune response. Examples of such vaccines are chickenpox, mumps, measles, tuberculosis, typhoid, rotavirus, and yellow fever vaccines.

From the Beijing Institute of Biological Products and Sinopharm (China), there is an inactivated virus vaccine, BBIBP. This has authorisation in China, UAE, Bahrain and Egypt.

Subunit vaccines are, as the name suggests, a specific and the essential part/s, or the antigens of the microbe that are used that evoke an immune response.

Although such vaccines are safer and easier to produce, they often require the use of adjuvants, or boosters, to provoke a strong protective immune response. This is because the antigens produced by such vaccines are not sufficient to evoke a long-term response. An example of such a vaccine is the plague vaccine or new-generation pertussis (whooping cough) vaccines, which are showing the advantages of subunit vaccines.

In the 1940s the first generation of pertussis vaccine comprising inactivated Bordetella (B.) pertussis bacteria was introduced. It was effective. However, whole-cell vaccines frequently caused minor adverse reactions such as fever and swelling at the injection site. So, many people avoided the vaccine.

By the 1970s, vaccination rates decreased leading to an increase in new infections. This led to the development of acellular (without cells) pertussis vaccines that only contained components of B. pertussis. These second-generation vaccines are similarly effective as whole-cell vaccines but they are unlikely to cause adverse reactions as happened with the whole B. pertussis.

Toxoid vaccines are in response to bacteria that produce toxins (poisons) in the body. Toxins are weakened in the process of manufacturing these vaccines so that they cannot cause illnesses. Toxins, weakened by chemicals, or detoxification, are called toxoids.

When the immune system receives a vaccine containing a toxoid, it produces a response that is used to fight off the toxin, not the bacteria that produces the toxin. Examples of such a vaccine includes diphtheria, botulinum, and tetanus toxoids and the vaccine used to vaccinate dogs against rattlesnake bites.

Conjugate (capsular polysaccharide) vaccines are developed in response to bacteria that have antigens with an outer coating of sugar substances, polysaccharides. This coating disguises the antigen so that the immune system in an immature child cannot recognise it and respond to it.

Conjugate vaccines are effective because they connect (or conjugate) the polysaccharides to antigens so that the immune system responds very well. This connection or conjugation allows the immune system to respond to the coating and develop an immune response. Examples of such a type of vaccine are the Haemophilus influenzae and Streptococcus vaccines.

A portion of the DNA or RNA is injected into the human body. The DNA/RNA thus gets inserted into the human cell nucleus which in turn produces the m-RNA. The m-RNA contains specific instructions for the protein. The m-RNA uses ribosomes in the cytoplasm, which lies outside the nucleus in the cell, to produce the required specific proteins.

Multivalent vaccines as the name implies have more than one antigen in the carrier. Internationally there are nearly 50 vaccines undergoing trials. However, about nine are frontrunners, which have authorisation from national drug regulatory authorities.

From Moderna (United States) there is also the m-RNA based vaccines, Covid-19 Vaccine Moderna, which has authorisation in the United States, Canada, European Union, Israel, United Kingdom, France and Switzerland.

From Sinovac (China) there is the inactivated virus vaccine, Coronavac, which has authorisation in China and Turkey.

From Oxford-AstraZeneca, there is Covid-19 Vaccine AstraZeneca, which is an adenovirus-based vaccine. It has authorisation in the United Kingdom, India (through Serum Institute of India, to manufacture the vaccine known as Covishield), Argentina, Dominican Republic, El Salvador, Mexico, and Morocco.

From Wuhan Institute of Biological Sciences (China) and China National Pharmaceutical Group (Sinopharm), there is an inactivated virus vaccine, as yet unnamed. This has authorisation only in China.

From Gamaleya Research Institute, Acellena and the Contract Drug Research and Development (Russia) there is the non-replicating viral vector vaccine, Sputnik V, which has authorisation in Russia and Palestine.

From the Beijing Institute of Biological Products and Sinopharm (China), there is an inactivated virus vaccine, BBIBP. This has authorisation in China, UAE, Bahrain and Egypt.

From Federal Budgetary Research Institution State Research Center of Virology and Biotechnology (Russia) there is the peptide (a protein molecule) based vaccine, EpiVacCorona. This has authorisation in Russia.

Finally, from Bharat Biotech and ICMR (India), we have the inactivated virus-based vaccine, Covaxin. This has authorisation in India. As mentioned, there are another 40 vaccines around the world in different stages of clinical trial development.

Serum Institute has another tie-up with Novovax (United States) for the NVX-CoV2373 (protein subunit vaccine) which is in the Phase III consideration.

Bharat Biotech has a tie-up with Thomas Jefferson University in the United States for an inactivated rabies virus vector which is in the pre-clinical stage of development.

Zydus Cadila from Ahmedabad along with the Department of Biotechnology, India, has ZyCov-D, which has cleared Phase II trials and has got the approval to conduct Phase III trials.

Dr Reddy’s Laboratories in Hyderabad has tied up with Gamaleya National Centre, Russia, for trials for Sputnik V (Human Adenovirus vaccine) which has finished Phase II trials and is to start Phase III trials shortly.

Biological E Ltd in Hyderabad has a recombinant protein antigen-based vaccine in the pre-clinical stages of development.

Finally, there is Genova of Pune in collaboration with HDT (United States) which has HGCO 19, a m-RNA based vaccine in the final phase of the pre-clinical stages and Phase I and II are to start soon.

(Anand Grover is a senior lawyer in the Supreme Court and co-founder of The Leaflet. This is his first article in this series. The next article will deal with the approval process for the two vaccines, Covishield and Covaxin.)