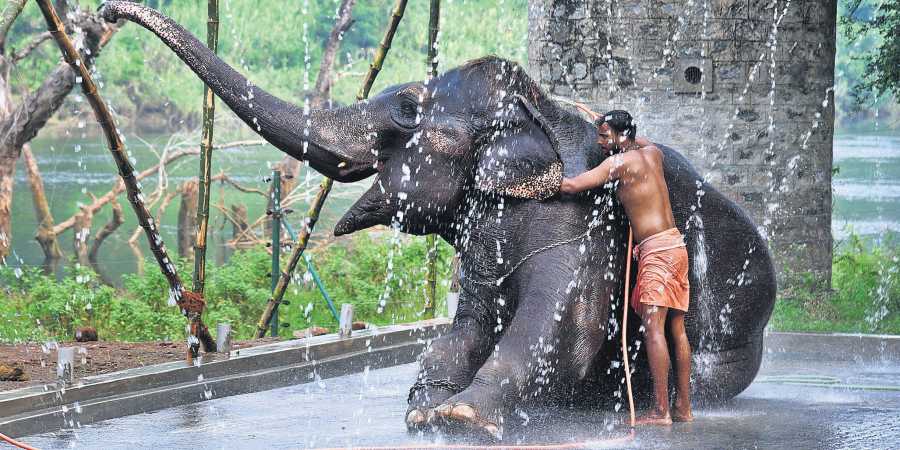 Animal RightsCoronavirus and the Law

How COVID-19 has exposed the limits of captivity for elephants

THE three-week nationwide lockdown has exposed the deep inequalities and exploitative roots of our society. While the rich and the middle classes are able to stock up food and self-isolate in their homes, millions of poor households, daily wage immigrant workers and animals are rendered completely helpless.

We have seen horrific images of migrant workers marching home with their few possessions, while facing the might of the police, wielding their lathis to prevent their movement.

And while they might be less visible on TV, newspapers have been filled with reports of stray animals starving in cities, birds, kittens and puppies abandoned in shuttered pet shops to die with no food or water, joy ride horses and ponies left to starve in Chennai and Kolkata, and several hundred hungry animals in Indian zoos. The fact that now even certain zoo animals are at risk of testing positive for COVID-19, is only bound to make matters worse.

And then there are the elephants

Rupali is an 18-year-old captive elephant that was captured from the wild in Assam. She was traded in 2018 to R.Haresh Babu, a private owner in Madurai through the notorious Sonepur Mela in Bihar where thousands of animals are trafficked. Chennai based animal activists and the forest department challenged Haresh’s possession of Rupali as illegal. Haresh was directed by a Magistrate’s Court to return Rupali to the forest department. Yet through a rigmarole of appeals and prevarications, in defiance, Haresh has refused to surrender Rupali.

As a fourth-generation private keeper/owner of captive elephants, he claims that in rearing captive elephants and training mahouts he is keeping an old family tradition alive. At present, his family facility in Madurai has over three captive elephants. The entire set up is housed in a controversial Thailand style elephant park for retired and old elephants named the Elephant Heritage Project.

Rupali at a young age of 18 hardly fits the bill of a retired old elephant, yet Haresh refused to let her go. It appears that the Elephant Heritage Project seems to be a way to repackage the old family business of renting out privately held captive elephants for a range of religious and cultural ceremonies. His father Rengan has been quoted as stating that they see their elephants as family members and ‘don’t mind spending for their well-being’.

Now in the light of the COVID lockdown, Haresh has joined the many elephant owners from across the country whose daily earnings from elephant rentals have stopped, in calling out for help to ‘source fodder, namely coconut palm leaves, CO3, CO4 grass, peepal/banyan tree leaves’. They are blaming ‘unemployment’ as an inability to feed the pachyderms.

The elephant owners are even reaching out to the very animal activists they despise and have harassed, and the forest department authorities, whose rules they constantly disobey, to demand assistance. In an uploaded video, Haresh now states that he will have no other option but to hand her over to the forest department. There is little talk of the elephants being like family members now.

Rupali is just one of 1687 privately held captive elephants in India who is facing this problem. COVID-19 has conclusively exposed the falsity of the narrative of the captive owner as a ‘care-taker’ of the animal. While some of the sentiments that owners have for the animals may be genuine, the fact is that this crisis has exposed their essential inability to take care of their animals, except when there is revenue to be made.

This is what makes nonsense of Haresh’s claims to keep elephants for heritage reasons. Captive animals are always captured, sold, traded and used for monetary gains only. Both the ability and the commitment of the captive animal owner to care for the concerned animal is linked to the possibility of generating an income by compelling – always through some form of force – the animal to work.

It is worth noting the number of ways, possibly even criminal, in which elephant owners are now failing their animals. First, there’s the issue that these animals shouldn’t even allow to be owned. The Indian constitution under articles 48A and 51A(g) underpins a duty to protect and safeguard the wildlife in the country and show compassion to all living creatures. Failure to provide sufficient food and water to animals and their consequent starvation are offences of cruelty under section 3, 11 (h) and (i) of the Prevention of Cruelty to Animals Act, 1960.

On feeding of elephants, the Ministry of Environment & Forests’ 2008 ‘Guidelines for Care and Management of Captive Elephants’ clearly stipulate that: “The owner or the person who is managing the elephant on a contract or the person` who has taken the elephant for own purpose shall ensure timely supply of wholesome feed with variety in required quantity to each elephant. Green fodder shall be supplemented by ration as prescribed by a veterinary doctor.” Section 42 of The Indian Wildlife (Protection) Act, 1972, (WPA) mandates that facilities for housing, maintenance, and upkeep be adequate in order to possess an ownership certificate for the purpose of keeping a captive elephant.

COVID-19 is showing that elephant owners will do all this only when it is convenient and remunerative for them. If they are now demanding the State Forest Departments follow their duty to ensure that the basic needs of all captive elephants under private custody of individuals and institutions in the State are met, it is fair to ask why should these elephants be in the private owner custody in the first place.

There can never be an ethical or moral basis that justifies captivity of free and wild animals, especially elephants who we revere as Gods, celebrate as a National Heritage and provide the highest protection under Schedule I of the WPA. And if COVID-19 has shown the falsity of owners’ arguments for captivity, it has also shown us how elephants should lead their lives in the wild, even alongside humans.

Among the many videos being taken of wild animals moving confidently into human spaces, one from Coorg showed a large group of wild elephants, lead by their matriarchs, walking along a road alongside a plantation. In their ease, evident health and well-fed state they were a rebuke to starving, confined condition of captive elephants like Rupali.

Alok is an animal rights lawyer based out of Goa.