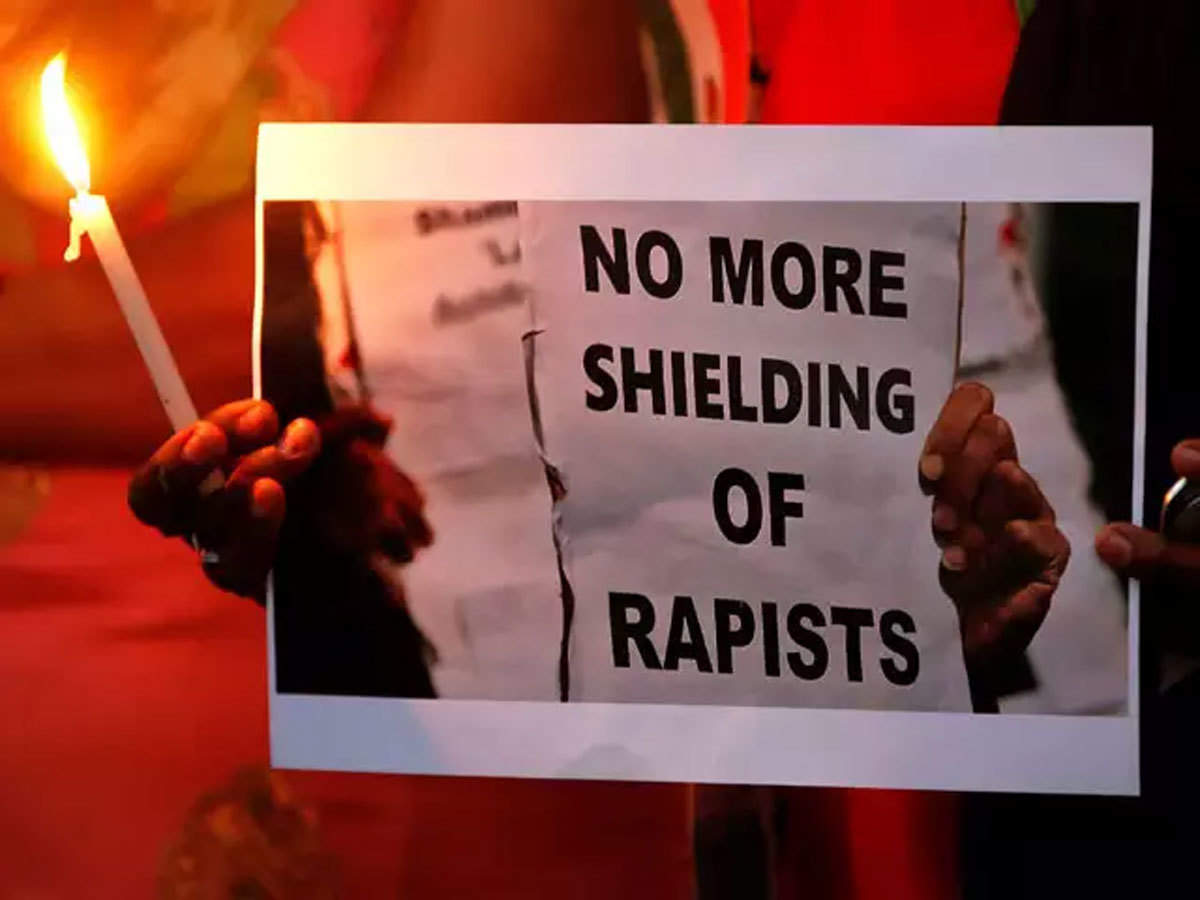 How Can a Rapist Be Absolved of the Crime If He Agrees to Marry the Victim?

How just is it to ask a rape victim to marry a rapist so that he escapes the ordeal of spending years in prison? Do our courts need to be more gender-sensitive?  SHIVANGI DESHWAL raises a lot of disturbing questions.

In a recent Madras High Court judgment (Madurai Bench), the accused was granted bail after impregnating a minor girl as he said he was willing to marry the victim once she attains majority.

The FIR in the case was filed under Sections 5(l), 5(n), 5(j)(ii) and 6 of the POCSO Act. The judgment noted that if the petitioner fails to register the marriage, the respondent police could proceed against him in accordance with the law.

The accused told the court that he and the victim were closely related. According to him, they fell in love and had sexual relations.

In a similar yet peculiar Gujarat High Court judgment an FIR, registered under Section 363, 366 and 376(2)(n) of the IPC and under Sections 4,5, (1) and 6(1) of POCSO Act, 2012, was quashed. The court observed that while they do not quash FIRs in the serious offence of rape, there was a ‘settlement’ in form of marriage in the case due to the intervention of relatives.

The affidavit states that the FIR had been lodged in hot haste. According to the court, the conviction is “remote and bleak” in cases of compromise and would put the accused to great oppression if FIR was not quashed.

I, therefore, ask the Hon’ble court:

Does rape-an act of crime cease to exist if the marriage occurs?

Does marriage then become a gateway through which we legitimise rape.?

Does the gaze of the hon’ble court that calls the man a rapist before marriage, escape him if he marries the victim?

What does then justice look like for a survivor of rape when the very accused instead of being penalised is let go stating marriage as a compromise?

This very gaze of the court is rooted in a patriarchal society.

The patriarchy adheres to control female sexuality and uphold the family honour.

This patriarchal wisdom calls for protecting the father’s daughter’s virginity. In the case of rape, marriage, or even promise of marriage provides reinstating the lost family honour that is in the woman’s body. The family forcing the victim to marry the rapist is a reflection of the same patriarchy.

By not criminalising the rapist, the court provides an option to escape conviction through marriage.

The concept of rape throughout history reflects man’s eternal confusion. Was the crime against a woman’s body or his own estate?

Socialization speaks through the “voice” of language. The world of language seems to be a male construct in which women are talked about and talked to but do not themselves speak.  Language becomes a tool (a weapon?) used by the oppressors.

When you equate marriage as a way of compromise, you are replicating the Hebrew social order where if a virgin is raped, the man is asked to marry the victim, as if the loss of her virginity is a loss to her father’s property. In this case “marrying the rapist” becomes an extension of bringing back the respect of the raped woman, the raped woman’s family.

I ask, is the court falling into the trope of  “Best men are moulded out of faults” and, thereby, making the act of rape “fair” by marriage?

“Since a woman should belong to the man who first has sexual relations with her, Merione immediately begs her attacker,” you have had your foul will; make it yet fair with marriage.”

Marriage as relief is a moral notion, bringing back the honour to the woman and her family.  In a national consultation on Implementation of POCSO Act, 2012 and beyond, Justice Neena Krishna Bansal remarked: “It becomes very difficult for us as judges to strike a balance between the social reality and the legal binding.”

Is it ‘Relief’ for the Survivor?

But why are the judges looking at providing relief to the girl through marriage? Can relief not look at the reality orientation of the survivor?

How is the judge failing at a threat perception in the case of rape being legitimised through marriage?

As a feminist social worker, I ask:

Are we sure that the risk of victimisation does not increase when the rape case has gone to court and the court demands that marriage takes place?

How are we sure that the man will not turn violent again?

How are we sure that the only way he wishes to escape conviction is to marry the victim?

What if he abandons her later?

Wouldn’t the society now questioning the “falsity” of her rape case, accuse her of again filing a false case of domestic violence?

Are we somewhere losing sight in our safety plans and threat perception for the survivor?

Rape is a violent act. It does not matter if the victim did not cry for help, was asleep or protested with a feeble no. Violence should always be non-negotiable for the court of law.

Court’s misogyny is reflected in its language

The language used by the court in its judgment speaks of patriarchy. For example, “The petitioner is ready and willing to marry the victim girl whenever she attains majority, this Court is inclined to grant bail.”

It is important to understand that language and the discourse on language not only concentrates on the linguistic aspect but also on function, which places language as an extension to culture and society.

Thus how people talk and converse speaks loads about what their understanding is of the social construct. The embracing of certain social practices, and subsequent distancing from others, is reflected through the use of language.

Outside the court of law, the man in patriarchy functions within the same cultural notion of female sexuality and family honour. The judges look at rape trials through the lens of finding a solution to a conflict.

Socialization speaks through the “voice” of language. The world of language seems to be a male construct in which women are talked about and talked to but do not themselves speak.  Language becomes a tool (a weapon?) used by the oppressors.

If I place the Madras High Court judgment in this context, the language speaks of the socialization of the judges. Judges are not the ‘other’ but part of this very patriarchal society.  Judges come from the social location of caste, class (presumably upper) household within the patriarchal society. They are fathers or grandfathers to individuals.

The reason I mention this is to personalise the gaze of the judge when they view the survivor. Outside the court of law, the man in patriarchy functions within the same cultural notion of female sexuality and family honour. The judges look at rape trials through the lens of finding a solution to a conflict. Hence locating and understanding the structure of patriarchy within which acts of rape take place is essential.

In the same context, working on our own biases and not letting them reflect in the judgment becomes important. Why do we look at this as a form of conflict resolution and reward the rapist in the process? Why do we refuse to acknowledge that marriage is not the only solution to a rape trial?

What if the survivor wants to marry the accused?

The question that could follow is, what if the survivor herself wants to marry the accused, especially in cases of POCSO or promise to marry?

The agency and autonomy of the woman need to be put at the centre of all interventions and judgements. The initial reaction of the survivor lies in the idea that marriage to the rapist will give her social acceptance. The survivor herself wants her honour back in a patriarchal society. A patriarchal society and family that now knows she has had sexual relations.

Her gendered conditioning assigns the act of coitus, loss of virginity as a traverse to an eventual marriage. The honour, as society tells her, lies in her vagina.

When we listen to statements of survivors, are we able to locate her lived experiences and social location?

What makes her want to marry her rapist or even agree to marry the rapist?

How do women define and navigate romantic love?

Is marriage the only way through which romantic love should end?

Are women aware of their ability to make autonomous decisions without fear of judgement or fear of life from their family or society?

Where is the agency of the girl in the situation?

If there is the fear of the family abandoning the girl, do we then need to work with families towards culturally relevant practices?

What does justice look like for the rape survivor? Justice that walks through the institution of marriage? Justice, that views children born out of rape as an outcast and hence legitimized only through marriage.? Justice, that writes in the voice of patriarchy. Justice, that adheres to the language of the oppressor.

Her gendered conditioning assigns the act of coitus, loss of virginity as a traverse to an eventual marriage. The honour, as society tells her, lies in her vagina.

Is she aware that sex and romantic love can be enjoyed without the essential need to marry?

Should the above context not be put into perspective by the hon’ble court? Should the court then not imply the same patriarchal lens in their judgement? A judgment, which by getting the woman married assumes, will save her honour especially in case of rape.

What then becomes the difference between a caste panchayat that functions with cultural notions and not the law of the land?

I end my argument by reiterating again by asking if the rapist ceases to be one if he marries the survivor?

What happens when instead of penalising the accused, the hon’ble court provides them bail, caveat as marriage?

What does justice look like for the rape survivor? Justice that walks through the institution of marriage? Justice, that views children born out of rape as an outcast and hence legitimized only through marriage.? Justice, that writes in the voice of patriarchy. Justice, that adheres to the language of the oppressor.  Disturbing questions.

(Shivangi Deshwal is a trained feminist social worker. The views are personal.)