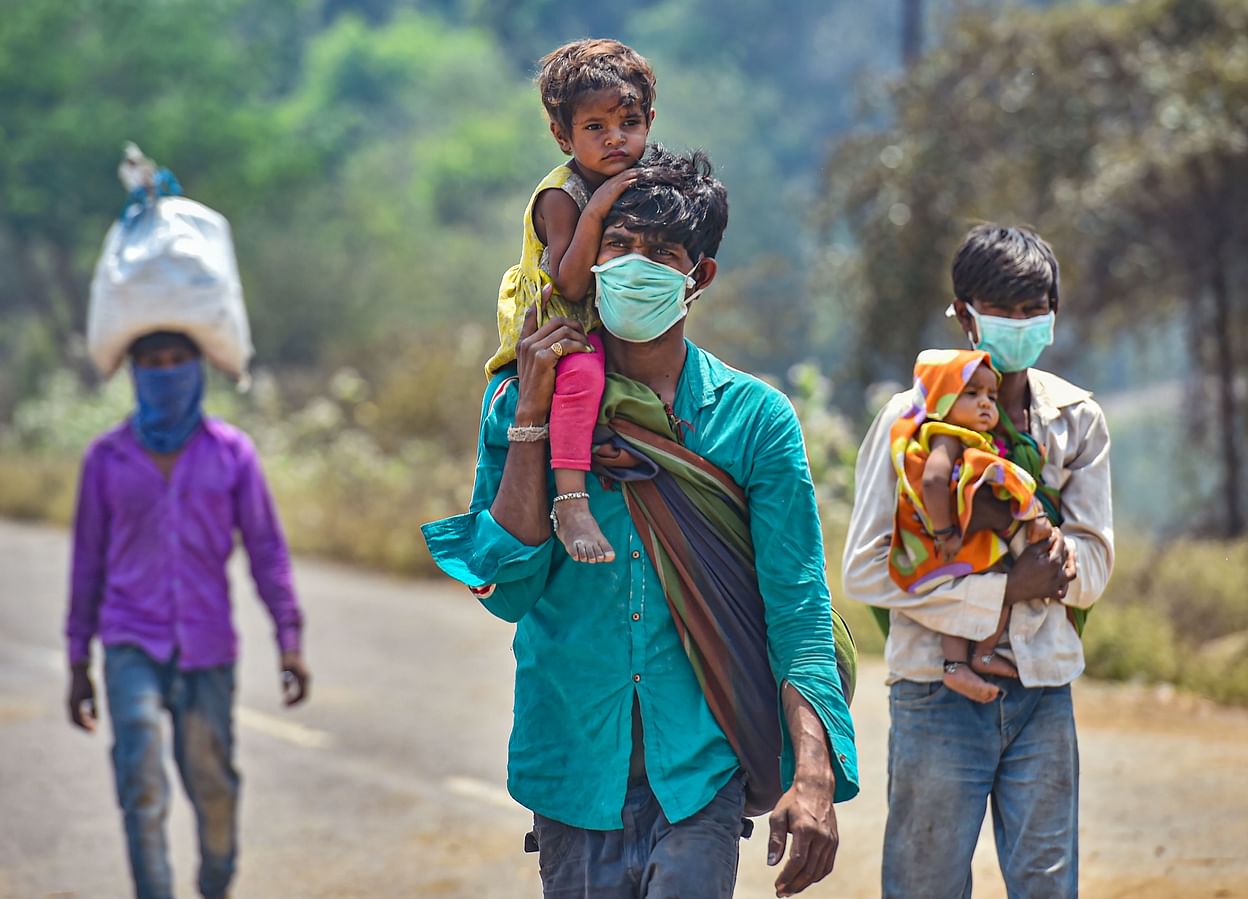 The lockdown resulted in a migrant crisis left many workers stranded and stripped off their income. Most of the workers were employed by private individuals, and not the state, which makes the question of securing them their fundamental rights complex, as the same are applicable to the state. R R Sattigeri, faculty at BMS Collge of Law, Bangalore, examines the principle of horizontal application of Part III of the Indian Constitution by the Karnataka High Court to secure migrant workers their right to livelihood and right to shelter.

THE High Court of Karnataka through its Order dated 24.6.2020 recently asked the Government of Karnataka to ensure that compensation is paid to the Migrant workers (hutment dwellers) and to rehabilitate them on account of the destruction of their huts in a fire incident. This Order came while hearing a public interest litigation case in, Karnataka High Court v. State of Karnataka (W.P. 7737/2020), which was initiated suo motu by the court based on a letter addressed to the Chief Justice by Vaishali Hegde, an advocate.

This is a case where the huts of migrant workers, who returned to their native places during the nationwide lockdown in March 2020, were burnt to ashes by some miscreants. The main contention in the petition was that the Fundamental Right to Life and Personal Liberty, guaranteed under Article 21 of the Indian Constitution (which includes the right to shelter and livelihood), of the migrant workers was violated.

The sunlight of the judiciary filtering through the raindrops of Horizontal Effect of rights has given a rainbow of hope to the marginalised sections of society, especially migrants.

It is our general understanding that the rights guaranteed under the Constitution are enforceable only against the State.

Stephen Gardbaum’s chapter on the ‘Horizontal Effect’ in The Oxford Handbook of The Indian Constitution, helps us in broadening our understanding. It shows that these rights are enforceable even against private individuals in certain circumstances. So, based on whom the rights bind, they can be classified into two types–rights with vertical effect and rights with horizontal effect. The first type of rights is enforceable only against the State, whereas the second type of rights is enforceable even against the private individuals.

Prof. M.P. Singh, in his article ‘Protection of Human Rights against State and non-State action’, answers this question by comparing the situation in India with that of Western countries. He says that in the West, Fundamental Rights were guaranteed against the State because the state had a monopoly of power in society. Whereas in India, the State never claimed or practiced a monopoly of power in the society (pre-colonial times).

Therefore, the rights of the people during pre-colonial times were violated by private individuals in the absence of a powerful state or state intervention.

In the Indian Constitution, Articles such as 15 (2), 17, 21, 23, 24 have a horizontal effect. Therefore, in India, the rights are guaranteed not only against the state but also against the private individuals.

Indian Judiciary and the Horizontal Effect

Initially, the Indian judiciary was reluctant in giving the Horizontal Effect to fundamental rights. This can be seen in some of the Supreme Court cases in the initial years after the constitution came into force. For example, in the year 1954, Supreme Court, in the case of State of WB v SubodhGopal Bose, observed that the whole object of Part III (fundamental rights chapter) of the Constitution is to provide protection to the freedoms and rights against arbitrary invasion by the State.

In1955, the issue of application of the horizontal effect came before the Supreme Court of India in the case of ShrimatiVidyaVerma, Through Next Friend R.V.S. Mani vs. Dr. ShivNarainVerma. The question before the Court was whether a writ of Habeas Corpus under Article 32 can be issued against private individuals for the infringement of a fundamental right or not. The court concluded that no writ under Article 32 would lie against the private individual for the infringement of the fundamental right. However, this position has not remained constant.  That is to say, the judiciary has changed its approach in adjudicating the issue after 1978. The Indian judiciary has given Horizontal Effect to fundamental rights in a number of cases such as BandhuaMuktiMorcha vs. UOI (1984), M.C. Mehta vs. UOI (1987) etc.

Initially, the Indian judiciary was reluctant in giving the Horizontal Effect to fundamental rights.

The Court, in the Order, said that the destruction of huts by miscreants has violated the constitutional rights of the hutment dwellers guaranteed under Article 21. Further, the Court asked the State to compensate and rehabilitate the migrant workers. Therefore, the answer to the above question is that the Court is giving indirect Horizontal Effect because it is asking the State to perform its positive obligation asking it to give compensation and rehabilitate the victims. Also, we can observe how the rights of the migrant workers are being protected from the actions of miscreants by the judiciary here.

Finally, the question that comes to our minds is what would have happened if the Court had not taken the suo motu action? An FIR has already been registered in the concerned jurisdictional police station in Bangalore. The criminal case might go on for years and the protection of rights of migrants may remain a distant dream. The sunlight of the judiciary filtering through the raindrops of Horizontal Effect of rights has given a rainbow of hope to the marginalised sections of society, especially migrants. For this rainbow to be consistent and not disappear, there is a need for the judiciary at different levels to adopt this approach for the protection of rights, wherever suitable.

(Raghuveer R. Sattigeri, is an Assistant Professor at BMS College of Law, Bangalore. Views are personal.)