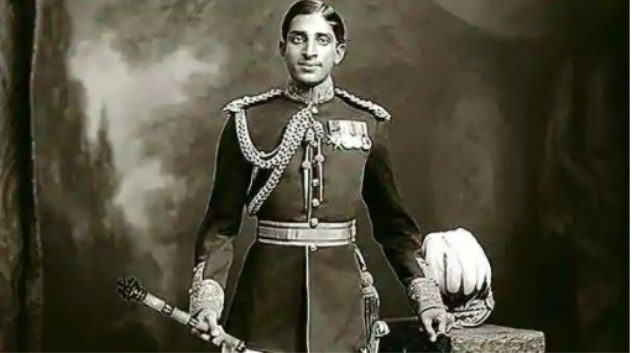 To mark the 158th anniversary of the Bombay High Court, we introduce a month-long ‘Historical Series’ over the weekends. The series will delve into some of the interesting historic cases that the Hon’ble High Court has heard over the years. The first part had elucidated upon the famous Maharaj libel case from 1862. PRASTUT DALVI and VIDHI THAKER in Part III narrate the sensational Bawla murder case.

OUR next trial is set in the mid-1920s, when the island of Bombay steadily flourished in every sphere, to metamorphise into the city that never sleeps. The first electric train ran through the heart of Bombay from Victoria Terminus (now Chhatrapati Shivaji Maharaj Terminus) to Coorla (now Kurla). Similarly, the core of the Bombay High Court, the Central Hall (or Court Room No. 46 as we know it), witnessed the historic Tilak trials from 1897 to 1916. The Bombay Bar, by then, had grown immensely, and Indians slowly cemented their position in the profession. Little was the Bombay Bar aware that January 1920 marked the birth of Nanabhoy Palkhivala, who in the years to come, would play a pivotal role in shaping constitutional jurisprudence.

Sir Richard Temple, the erstwhile Governor of Bombay described this exquisite city as the queen of Asia, and its Corporation called it urbs prima in indis – the first city in India. Located on the western side of the Queen’s Necklace (Marine Drive), overlooking the panoramic view of the Back Bay is Malabar Hill, a hillock on the southern side of Bombay. Mountstuart Elphinstone, who served as the governor of Bombay from 1819 to 1827, constructed the first bungalow on Malabar Hill. At present, the location is home to the official residences of the Governor and the Chief Minister of Maharashtra.

On a beautiful winter evening, as the sunset on Malabar Hill, and birds chirped away to their nests, gunshots and knife slashes disturbed the sound of silence. The events on the evening of 12th January 1925 caused a great stir of emotions amongst the residents of Bombay.

Mumtaz Begum, a beautiful woman from Amritsar, was a dancing girl desired by Maharaja Holkar, the ruling chief of the State of Indore. At a tender age, she was sent off to the Maharaja, initially as a singer, and later became the most favoured mistress of the Maharaja. She cherished this position for two or three years. Over the course of time, however, the Maharaja’s restraints did not please her. A few months preceding the incident, she told a lawyer that she would “rather drown herself in the sea than go back to the Maharaja in Indore.” Distressed by the constraints of the Maharaja, Mumtaz Begum escaped from Indore, and made her way through Delhi and Amritsar, and ultimately to Bombay.

In the island city of Bombay, Mumtaz Begum found refuge in Abdul Qadir Bawla, a prominent businessman. The Maharaja, troubled by the loss of his favourite paramour, sent off a trusted officer in the search of Mumtaz Begum. On the fateful evening of 12th January 1925, Mumtaz Begum alongwith Abdul Bawla was driving up Gibbs Road from Kemps Corner towards the Hanging Gardens of Malabar Hill, when they were intercepted by a red Maxwell car. About six to seven men armed with pistols and knives got off the Maxwell car and attacked Mumtaz Begum. The men while attempting to kidnap Mumtaz Begum slashed her in the face multiple times. Bawla, who was trying to shield Mumtaz from the attack, was shot more than once and succumbed to the injuries soon thereafter. To the good fortune of Mumtaz Begum, another car housing three English military officers – Lt. Seagert, Lt. Batley and Lt. Stephen drove up on the site and rescued Mumtaz. With the assistance of Col. Vickery, who shortly drove up to the scene, the men nabbed two assailants and handed them over to the police.

The legal fraternity will be eternally grateful to Sir Kanga for nurturing and training various legends of the Bar, such as Sir Harilal Jekisundas Kania (who went on to become the first Chief Justice of India), Prafullachandra Natwarlal Bhagwati (who also went on to become the Chief Justice of India), Hormasji Maneckji Seervai, Nanabhoy (“Nani”) Ardeshir Palkhivala,  Kharshedji Hormasji Bhabha, Rustom Kolah, Fali Sam Nariman, Soli Jehangir Sorabjee, and so on.

Nine men were charged with criminal conspiracy to kidnap, and causing grievous hurt to Mumtaz Begum, in addition to the charge of murder of Bawla. They were put to trial before the Criminal Sessions division of the Bombay High Court, presided over by Justice Crump, and heard by a special jury. Leading the prosecution was Sir Jamshedji Kanga, who was the then Advocate General, and for one of the accused, M A Jinnah appeared.

Born in 1875, Sir Jamshedji Kanga dominated the Bombay Bar with his mastery of the law for over six decades. He stood tall at 6 feet 4 inches, which was complemented by his towering intellect, as one would see him cruising through the corridors of the Bombay High Court, with his black gown flowing behind.

Sir Kanga also served as a Judge of the Bombay High Court for a brief period from 1921 to 1922. The legal fraternity will be eternally grateful to Sir Kanga for nurturing and training various legends of the Bar, such as Sir Harilal Jekisundas Kania (who went on to become the first Chief Justice of India), Prafullachandra Natwarlal Bhagwati (who also went on to become the Chief Justice of India), Hormasji Maneckji Seervai, Nanabhoy (“Nani”) Ardeshir Palkhivala,  Kharshedji Hormasji Bhabha, Rustom Kolah, Fali Sam Nariman, Soli Jehangir Sorabjee, and so on.

Muhammad Ali Jinnah was born in Karachi, a year after Sir Kanga graced the land.  He started his practice before the Bombay High Court towards the advent of the 20th Century in 1897.

Jinnah’s chambers housed Mahommedali Currim Chagla, who went on to become to first Chief Justice of the Bombay High Court. When Mr. Jinnah appeared in Court, juniors craned their necks forward to follow every movement, senior counsel listened closely, and Judges were glued. Jinnah, a ferocious advocate, rose to fame with several important cases, such as theis murder trial.

Justice Crump, while hearing the Bawla murder case had to scrutinise the voluminous evidence led by both sides. The depositions of the three military officers played a vital role, and the jury unanimously convicted seven out of nine persons, whereas two were found not guilty. Out of the seven convicted persons, six were found guilty of murder, whereas one was found guilty of abetment of murder.

Justice Crump found that the case of three accused stood on a higher footing, and sentenced them to death, while the other three were sentenced to transportation for life. Out of the three accused sentenced to death, one Pushpasheel Balvantrao Ponde developed insanity soon after the pronouncement of sentence, and his sentence was accordingly modified to indefinite penal custody. Gangaram Phanse, one of the accused, was found guilty of abetment to murder Bawla and conspiracy to kidnap Mumtaz, on which counts, he ought to have been awarded capital punishment. On the able representation and persuasive arguments of Jinnah, he was however sentenced to transportation for life.

The convicted person filed a special leave to appeal before the Privy Council and engaged the most revered advocate of the time – Sir John Simon. Despite being a brilliant lawyer, he later became infamous amongst the locals for being the Chairman of the Simon Commission in 1929, which was greeted with the slogans of “Simon Go Back” in every city the Commission visited.

Before the Privy Council, Sir John Simon inter alia contended that the constant coverage of the murder trial by local newspapers deprived the convicts of a fair trial, which could have been avoided had the Governor-General transferred the case to another jurisdiction u/S. 527 of the Criminal Procedure Code, 1898.

Jinnah’s chambers housed Mahommedali Currim Chagla, who went on to become to first Chief Justice of the Bombay High Court. When Mr. Jinnah appeared in Court, juniors craned their necks forward to follow every movement, senior counsel listened closely, and Judges were glued.

The Privy Council refrained from interfering with the judgment of conviction, by observing that as an appellate court, it could not interfere with the order of the High Court unless grave and substantial injustice was shown. The two accused on death row were consequently hanged on 19th November 1925, which was within a year of the date of the incident.

Though the Maharaja was never made a party to the proceedings, local newspapers carried stories of him being the mastermind behind the murder. The colonial establishment grew uncomfortable with the reports and issued a notice to the Maharaja, who had the option to submit to an enquiry, or to abdicate his throne. In February 1926, the Maharaja gave up his throne on the understanding that no further enquiries would be made into his alleged involvement with the Bawla murder case.

After his son Yashwant Rao II succeeded him, the Maharaj left the country, where he met his new partner Nancy Miller (alias Sharmistha Devi Holkar) while Mumtaz Begum, who was then pregnant with Bawla’s child went to Hollywood to make her fortune.

The story of this trial was so grappling that it reflected on the big screen through a silent film titled Kulin Kanta, which was released in 1925.