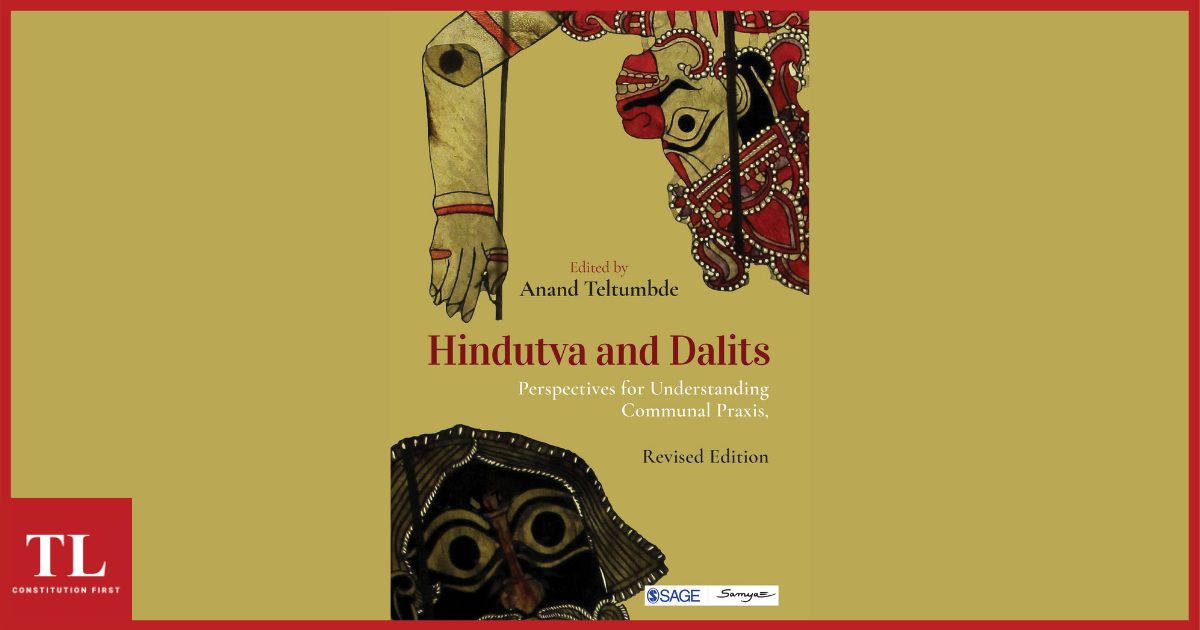 This is an extract from Hindutva and Dalits; Perspectives for Understanding Communal Praxis Edited by Anand Teltumbde and published by ‘SAGE and Stree-Samya Books’. It contains essays by numerous writers like Shamsul Islam, Ram Puniyani, Meena Kandasamy, Suhas Palshikar and Martin Macwan.

THERE can be a reasonable debate over whether the paradigm created by the political ascendance of the Hindutva could be called fascist. In absence of an established theory of Fascism, two approaches, Marxist and non-Marxist are generally considered to assess whether any movement or state is fascist.

The major difference between these approaches is in terms of their focus; while the Marxist approach has a focus on the characteristics of the fascist state, Fascism in its matured form, the non-Marxist approach has focused on movements; they are much more strongly pivoted on the elucidation of Fascism’s distinctive ideological themes and organisational principles.

Apart from its insistence that Fascism can only arise in specific conditions (capitalism in crisis in the era of imperialism), Marxist approaches consider ascension of fascist forces to full state power represents the culmination of the logic of Fascism, not just an early transit point on a political dynamic. They may compromisingly call it as authoritarian, reactionary and anti-secular, and even as potentially fascist, but not fascist as yet.

A movement can be better assessed through its ideology and aspirations than its practice because the latter necessarily involves compromises. With such insights, we can use a framework that outlines certain ‘fascist minimum’ to assess the character of the Hindutva forces. Vanaik used the framework based on a three-part model by Stanley Payne, which comprises: (a) fascist negations (anti-liberalism, anti-democracy and anti-Communism); (b) generic ideological motifs and goals (state as an ‘absolute’), expansionist foreign policy, subsuming individual autonomy, some collective ‘Other’ as the enemy, extreme authoritarian nationalism, an apocalyptic perception of deep ‘civilisational crisis’; (c) special and common features of style and organisation (charismatic leadership, exaltation of youth and youthfulness of fascist leaders, violence is glorified, mass emotions through evocative symbols, and masculinity).

While on each of these criteria Hindutva scores quite highly; its fascist proclivities come out more clearly in its genesis and growth. Indeed, Hindutva’s fascist character comes with its birthmark. After the fall of the Peshwas, the Brahmin rulers of Pune, the entire Brahmin establishment in Maharashtra was agitated to regain its lost rule. The spurt of rebellions by Pune Brahmins against the British can be easily traced to this motive.

Although they were glorified as the anti-colonial revolutionary struggles by their caste, their socio-political content could only be classed as conservative. History shows that the Brahmins from Pune and later all of Maharashtra were in search of an example of a conservative revolution. They got it in the form of Fascism which had developed in Italy. The glee with which they received it was expressed fulsomely during the 1930s and the 1940s in the Marathi press which was totally in their control.

Generally, the origin of Hindutva is credited to Savarkar, who had provided its definition in 1923 but at a conceptual level it goes back to Lokmanya Tilak, who not only saw the potential of religious ideology in political mobilisation for the first time but effectuated it by starting public celebrations of Ganeshotsava and birth anniversaries of Shivaji as the protector of cows and Brahmins. The basic reason was to win back the celebration-loving masses of lower castes that had drifted to observe Islamic festivals under the Sufi influence.

Tilak had also propounded the intellectually juvenile ‘Aryan theory of race’ that claimed a white racial stock for upper caste Indians and accepted the Vedas as their core literature—an illusion shared by many upper caste people those days. Essentially, Tilak thus represented the contemporary Chitpavan struggle to revive the lost glory of Brahminism that had nothing for the lower castes other than their assigned caste rung. From 1924 to 1935 Kesari, Tilak’s paper regularly published editorials and articles about Italy, Fascism and Mussolini. It described the passage from liberal government to dictatorship as a shift from anarchy to an orderly situation, where social struggles had no more reason to exist.