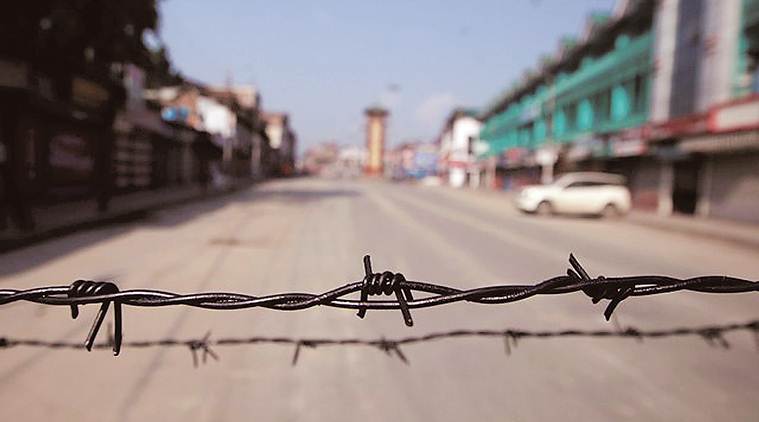 The Jammu and Kashmir administration on Sunday decided to lift the restriction on high-speed Internet services in districts of Ganderbal (Kashmir Division) and Udhampur (Jammu Division) on a trial basis w.e.f. 2100 hrs today. However, in rest of the districts, the internet speed will continue to be restricted to 2G only.

JUST IN: Districts Ganderbal (Kashmir Division) and Udhampur (Jammu Division) have been identified for lifting restrictions on high-speed mobile internet connectivity on a trial basis. In rest of the districts, the internet speed shall continue to be restricted to 2G only. pic.twitter.com/3LkOgBpc0Y

Internet and voice services were snapped on August 5, 2019, when the Central government moved to abolish the special status of J&K by diluting Article 370 of the Constitution that gave special rights to the erstwhile state of Jammu and Kashmir. Since then broadband and 2G services have been restored in phases.

Earlier this month, while hearing a contempt petition against the Centre, the Supreme Court had directed the government to explore the possibility of restoration of high-speed internet in certain parts of the Union Territory of Jammu & Kashmir.

In response, the Attorney General for India informed the Court on August 11 that the Special Committee as constituted by the Court in its meeting held on August 10 decided that access to high-speed internet could be provided on a trial basis in a calibrated manner in specified limited areas to assess the impact on the security scenario.

The special committee also added that any opening on a trial basis should not be in any area adjoining the International Border/Line of Control (LoC) and the area where should have the low intensity of terrorist activities and minimal spillover effects on neighbouring areas.

Following the recommendations of the special committee along with the fresh inputs received from the law enforcement agencies, J&K administration today issued an order lifting the restriction on high-speed internet in two districts on a trial basis.

On May 11, the Supreme Court had refused to issue direction on a batch of petitions seeking to restore 4G Internet in J&K. The court had, however, appointed a special committee comprising the Union Home Secretary as its chairperson and Secretary (Department of Communication) and the Chief Secretary of UT of J&K as its members to determine the necessity of the continuation of the restrictions on 4G Internet in J&K.

Also Read: No 4G internet in J&K for now; SC sends the matter to a special committee headed by Union Home Secretary to examine the issue

Initially, in response to a contempt petition filed by an NGO Foundation For Media Professionals in the apex court alleging non-compliance of Court’s order dated May 11, the Centre informed the court the Special Committee already had its meeting and it decided that based on a considered and wide-ranging assessment of the prevailing situation in the sensitive region, no further relaxation of the restriction on internet services could be carried out at present.

The special committee in its third meeting on August 10 decided that in the present situation it could permit a carefully calibrated easing of some restrictions in limited and specified geographical areas which are comparatively less sensitive from national security, internal security, border security and public order standpoint, subject to strict monitoring and periodical review.