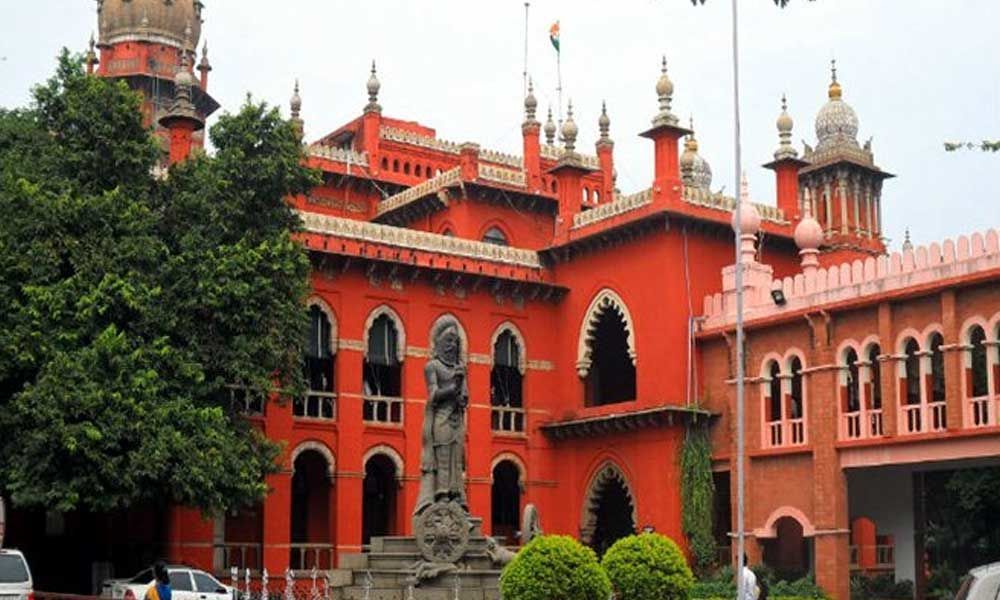 Chennai, Dec 1 (PTI) The Madras High Court on Wednesday stayed all further proceedings in the death of an accused in the murder of a techie, pending before the Tamil Nadu State Human Rights Commission (SHRC) here.
A Division Bench of Justices K. Kalyanasundaram and V. Sivagnanam granted the injunction while entertaining a writ petition from R. Anbalagan, the then Superintendent of the Central Prison-II in Puzhal, seeking to stay the proceedings and the summons issued by the SHRC. The main prayer was to quash the entire proceedings.
Swati (24), a techie was murdered at the Nungambakkam railway station in 2019, and the police arrested Ramkumar, who allegedly stalked her, in connection with the crime.
He later died allegedly by suicide by biting a live wire while in prison in Puzhal, and the SHRC took cognizance of the same by itself and initiated the proceedings in 2020.
Anbalagan, who was the then Superintendent of the prison, contended that the summons issued by the SHRC to him and others are ex-facie illegal, contrary to law and the facts of the case.
It had failed to examine the human rights violations but conducted the proceedings to find out the cause of death of the prisoner Ramkumar, who was the main accused in the case. The case was already concluded on the basis of the enquiry conducted by the Judicial Magistrate-II in Tiruvallur as per the statutory provisions.
The Commission had taken cognizance of the case only on September 10, 2020, much after the statutory limitation period of one year, as per Section 36(2) of the Protection of Human Rights Act, 1993 and Regulation 9 of the National Human Rights Commission (Procedure) Regulations, 1994. Therefore, the Commission is barred by limitation to conduct any enquiry, including a probe on its own, into the matter. It has no powers to condone the delay, he contended.
The National Human Rights Commission had already taken cognizance of the issue and after investigation, closed the matter in May, 2020. Hence, the present proceedings by the state unit are expressly barred as per Section 36(1) of the Protection of Human Rights Act.
Moreover, the Judicial Magistrate-II in Tiruvallur had already conducted a statutory enquiry under Section 176(1A) of the Criminal Procedure Code and submitted her findings as suicidal in nature by electrocution. Hence, the Commission cannot conduct another enquiry.
Based on the request Ramkumar’s father, a five-member team of doctors and another from the All India Institute of Medical Sciences in New Delhi had conducted the post-mortem and their unanimous decision in any event cannot be questioned at this length of time.
The decision of the functus officio becomes final and therefore, the same is not subject to the jurisdiction of the SHRC, petitioner contended.