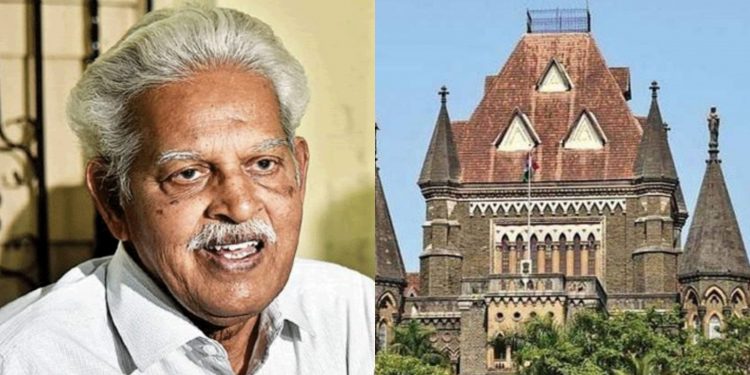 The Leaflet·October 26, 2021
Home
Bhima Koregaon
Mumbai, Oct 26 (PTI) The Bombay High Court on Tuesday said poet Varavara Rao, an accused in the Elgar Parishad-Maoist links case who is on interim bail, need not surrender before the Taloja prison authorities until November 18 and adjourned the hearing on a plea filed by him to next month.
Rao, 82, had been granted interim bail for six months on medical grounds by the HC on February 22 this year. He was scheduled to surrender and return to judicial custody on September 5.

However, Rao filed an application last month through his lawyer R Sathyanarayanan and senior counsel Anand Grover, seeking extension of the bail period. He also sought HC permission to stay in his hometown of Hyderabad while out on bail.

However, the National Investigation Agency (NIA), the probe agency in the case, opposed Rao’s plea for extension of medical bail and shifting to Hyderabad, saying the octogenarian poet-activist’s medical reports do not indicate that he suffers from any serious ailment.

In its affidavit filed before the HC last month, the NIA had said that the medical reports filed by Rao did not disclose any major ailment, which necessitated him to take treatment at Hyderabad, neither did it form a ground for further extension of bail.

On Tuesday, a bench of Justices Nitin Jamdar and S.V. Kotwal adjourned the hearing on Rao’s plea due to paucity of time.

The bench also asked Rao to file a separate plea seeking permission to shift to his hometown while out on medical bail.

As part of the stringent conditions imposed on his interim bail by the HC, Rao has been staying with his wife in a rented accommodation in Mumbai.

At the time that he was granted bail, Rao had been undergoing treatment for multiple ailments at the private Nanavati Hospital in the metropolis, where he had been admitted by the Maharashtra prison authorities following the HC’s intervention.

The case relates to alleged inflammatory speeches delivered at the ‘Elgar Parishad’ conclave, held at Shaniwarwada in Pune on December 31, 2017, which the police claimed triggered violence the next day near the Koregaon-Bhima war memorial located on the city’s outskirts.

The Pune police had claimed the conclave was backed by Maoists. The probe in the case, in which more than a dozen activists and academicians have been named accused, was later transferred to the NIA.