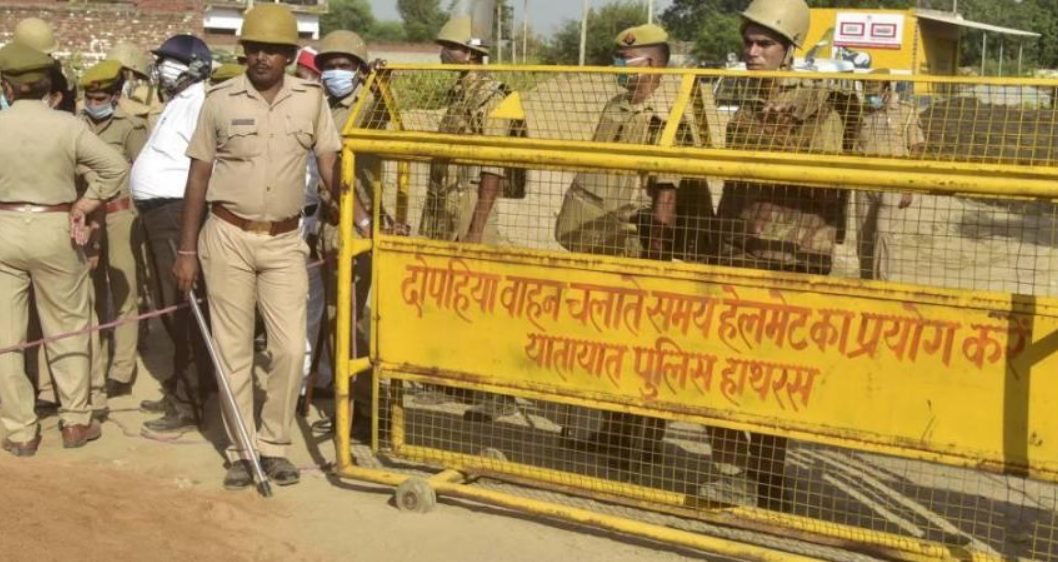 Hathras Rape Case: Right to Medico-Legal Care for Survivors Has a Long Way to Go…

PADMABHATE DEOSTHALI and SANGEETA REGE examine the problems with the forensic reports and the manner in which the medico-legal system approaches evidence in cases of sexual assault.

The misogyny that exists in all formal systems repeatedly re-traumatises rape survivors.

The Health System is one of these. There is evidence of its deep-rooted prejudices, unscientific practices, and discrimination based on caste, gender, religion, disability, and sexual orientation.

The Hathras case lays bare this apathy and is evident in the way hospitals have responded to a young Dalit girl and her family.

The overemphasis on forensic evidence, such as the presence of semen and injuries, continues to take centre stage at the cost of clinical evidence such as history, examination, and clinical finding.

Non-recognition of rape as a medico-legal emergency and non-provision of immediate care is an offence in the IPC -Sec 166 B. The delay must be seen as an offence under Section 166 B.

The results of Forensic Science Laboratory (FSL) seem to dominate and obscure the discourse, even when it has been settled in law that medico-legal evidence is only corroborative in rape trials and what is paramount is the statement of the survivor or victim.

The hospital that the girl was first taken to, kept her waiting for two hours only to be referred to another hospital despite the fact that she was in serious medical condition.

Non-recognition of rape as a medico-legal emergency and non-provision of immediate care is an offence in the IPC -Sec 166 B. The delay must be seen as an offence under Section 166 B.

The second hospital notes a Medico-Legal Case(MLC) but only records a history of strangulation despite indications of possible sexual violence.

There is no documentation of key findings such as ‘no clothes on the young woman’s body when the mother found her” or details of a general examination that could have noted the injuries on her body (back) which were noted on 22nd Sept in the rape proforma by the same hospital.

As noted by the examining doctor, the girl was fully conscious and well oriented in time, place, and person, and history of physical assault was given by her.

Later, the medico-legal proforma for rape dated September 22, documents the incident of sexual violence in detail where she has said that there was penovaginal penetration by four men, she was gagged, and they threatened to kill her.

The examination also found injuries on her body, use of a sponge, pad, or cloth after the assault indicating that there was genital bleeding which corroborated what was mentioned by her mother.

Had the doctor stated the reason for the non-collection of evidence and not sent the swab to FSL, the circus that followed later could have been avoided.

The doctor has provided a scientific opinion that states that there were signs of use of force. The detailed documentation of sexual violence and examination findings by the doctor will be crucial corroborative evidence of rape.

There was no indication to collect swab for semen examination at all as a medical examination of rape was carried out after eight days since the incident.

The Ministry of Health and Family Welfare medico-legal protocol and guidelines 2014 clarify that medical evidence on the body rapidly erodes with time. So evidence collection should be carried out within 96 hours since the incident of sexual violence.

Had the doctor stated the reason for the non-collection of evidence and not sent the swab to FSL, the circus that followed later could have been avoided.

Senior police officials who made irresponsible remarks and misguided people at large stating “absence of semen means no rape occurred” would not have taken place. However, it is commendable that the forensic expert from the second hospital issued a responsible statement and cleared the mess.

It is deplorable that the panel of doctors doesn’t say anything to substantiate these tears to the hymen and anus and leave them open for interpretation.

The third hospital that she was taken to is the Safdarjang Hospital in New Delhi. The postmortem report from a premier institute of the central government surprisingly makes no reference to the rape proforma of the second hospital and restricts itself to documenting the history of strangulation.

Why has the panel of three doctors omitted this critical explanation as the “Death Summary Report” of the Safdarjung hospital has mentioned a history of rape? By then, it was known that she had been gang-raped. Regrettably, this did not stop them from commenting on the genitalia of the victim. The report documents old tears to the hymen and tears in the anus without mentioning the age of the injury. This omission is not only questionable but also unscientific perpetuating biases about habituation to sexual activity in the past.

There is no recognition that the tears could be two weeks old and they have missed recording this critical information. It is deplorable that the panel of doctors doesn’t say anything to substantiate these tears to the hymen and anus and leave them open for interpretation.

A review of Post Mortem reports of girls and women by the Centre for Enquiry into Health and Allied Themes (CEHAT) has highlighted routine irrelevant and unscientific comments about the size of vaginal orifices and hymen of dead female bodies. This practice must change and only relevant findings with explanation should be included in postmortem reports.

The changes brought into forensic practice with regard to the examination of sexual violence by law, policy, and Modi’s forensic textbook, Criminal Law Amendment 2013, MoHFW Guidelines and Protocols 2014, Modi’s Medical Jurisprudence, 2015, also need to be integrated into autopsy guidelines.

Guidelines to this effect have also been developed by CEHAT and Human Rights Watch through a consultative process with forensic experts, lawyers, women, and health activities.

What could have been done?

• The MLC documentation on 14th September should have included a complete head to toe examination as she had reported severe assault resulting in grievous injury. The injuries on her back and bleeding vagina would have been noticed by the doctor in the preliminary stages itself.

As recommended by WHO (2013), Clinical and Policy Guidelines for Responding to Intimate Partner Violence (IPV) and Sexual Assault, these were signs of sexual violence, and the doctor should have created a safe space for her and enabled her to provide details of sexual violence.

The hurried way in which the body was cremated by the police without allowing the family time to mourn and perform death rites was inhuman as well as an act that has destroyed all evidence and any possibility of a second autopsy to ascertain the veracity of the first post mortem.

As is routine practice in hospitals, multiple referrals were made and a team of doctors has seen her every day but nobody asked for this history at all.

The MoHFW guidelines recommend that a safe space be created and referral to counsellors be made available in cases of suspected sexual violence.

• The hospital failed to do so and this indicates the need for investing in preservice as well as in-service training of health care providers on clinical inquiry in cases of violence against women.

• If the hospital failed to ensure the necessary emergency surgeries and other interventions for the girl need to be investigated by competent panel as the CLA 2013 guarantees the right to free treatment for all survivors of sexual violence.

• With regard to post mortem, the only guidelines that exist for autopsy are those issues by the National Human Rights Commission for custodial deaths. Our work at CEHAT, has shown that these are insufficient and lacking on various fronts when compared to international guidelines for medico-legal examination of persons in custody and those for investigating torture deaths.

The over-reliance and preoccupation with forensic evidence and Forensic Science Laboratory results must change. Policy solutions that emphasise Forensic intervention sustain stereotypical rape imaginaries by emphasising injuries and positive DNA findings when neither are likely to be found in a sexual assault examination.

The majority of studies show that forensic evidence is of little or no consequence in rape. (Johnson et AL 2013, Sommers and Baskin 2011, Du Mont and White 2007).

The over-reliance and preoccupation with forensic evidence and Forensic Science Laboratory results must change.

The circumstances of sexual violence are such that the health system must focus on history, examination, evidence collection and treatment including psychosocial support versus swab collection for the Forensic Science Laboratory.

The last straw and indignity meted out by the hospital and police is seen in the way the dead body was managed. The hospital protocol demands that a dead body after post mortem to the next of kin or someone designated by the family. They cannot hand it over to the police. If the family member is not present or not in a position to receive the body or need time for completing formalities, the hospital is bound to keep the body in a mortuary until the family is ready to receive the body.

Therefore, the rushed handing over of the body to the police is questionable. The hurried way in which the body was cremated by the police without allowing the family time to mourn and perform death rites was inhuman as well as an act that has destroyed all evidence and any possibility of a second autopsy to ascertain the veracity of the first post mortem.

(The authors work with CEHAT. Views are personal.)