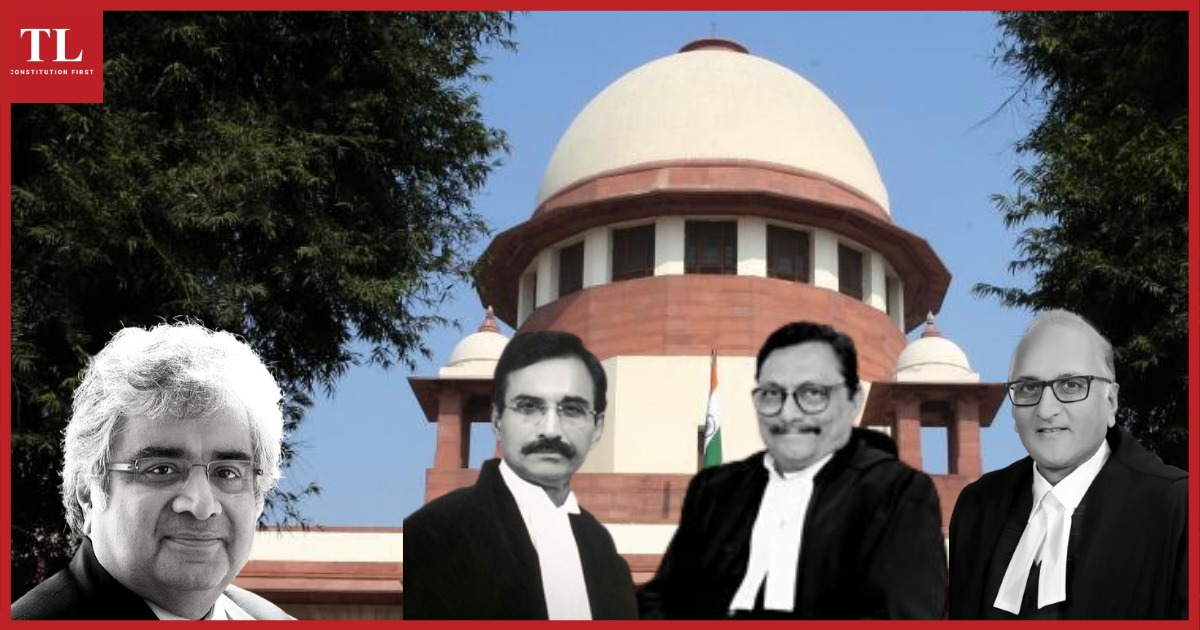 THE Supreme Court Friday expressed its displeasure at the perception that had been created that it wanted to stop the high courts from going ahead with covid-related cases though no such order had been passed.

Justice L Nageswara Rao asked senior advocate Dushyant Dave how even before the order was released, it was being criticized for something which was not even in it.

“Is this the way Senior Advocates speak? Without seeing the order”, asked Justice Rao.

Dave, in response, said it was a genuine perception given that the Supreme Court had done this in the past in the migrant case during the first wave of Covid19.

Joining Justice Rao, Justice Ravindra Bhat said the court had not said a word about the high courts.

“We never stalled the high courts from proceeding. We asked the Centre to approach high courts”, Justice Bhat said.

The remarks were made by the Supreme Court after senior advocate Harish Salve sought the leave of the court to recuse himself as amicus curiae in the case. He said he did not want the case to be heard under the shadow that he was appointed because of his school friendship with the Chief Justice of India S A Bobde.

“I did not know our Bar is divided among the industries we appear for. Please allow me to recuse with all humility. I appeared for Vedanta since I was informed ten minutes before mentioning…I don’t want any sideshow. The language of the narrative now is very different”, Salve said.

“I saw on digital media people literally abusing. This needs to be looked into. One counsel should not succumb to such tactics. Mr Salve should reconsider. It’s a question of principle”, Mehta said.

The court, however, acceded to Salve’s request and discharged him from the case. It also listed the matter for hearing on Tuesday. The Centre would be filing the affidavit by then.

CJI Bobde also termed the comments that some senior advocate “supposedly” made as unfortunate but it was alright as they were entitled to their opinion. The only thing is in future we would need to look for an amicus we do not know, he said.

The court yesterday issued notice to the Centre on the issue of supply of oxygen; availability of essential medicines; manner and method of vaccinations and whether a court could declare a lockdown.

It also asked the parties before the high courts to show cause why uniform orders cannot be passed by the top court? The court also appointed Salve as amicus curiae in the matter.

This moved was criticised by some senior advocates, saying that high courts were best suited to deal with the Covid19 crisis and in fact, were already monitoring the situation.

Senior advocate Ravindra Shrivastava in a tweet said the high courts were as competent as the Supreme Court and that they should be trusted.

Shrivastava also criticised the Supreme Court for appointing an amicus curiae in the matter, saying, “Supreme Court chooses an amicus over the AG (attorney general) to seek assistance. Notice to AG should have gone,” he said in a tweet, which was retweeted by senior advocate Indira Jaising.

Senior advocate Dushyant Dave in a show hosted by journalist Faye D’Souza said Salve was the last person CJI Bobde should have thought of to appoint as amicus curiae.