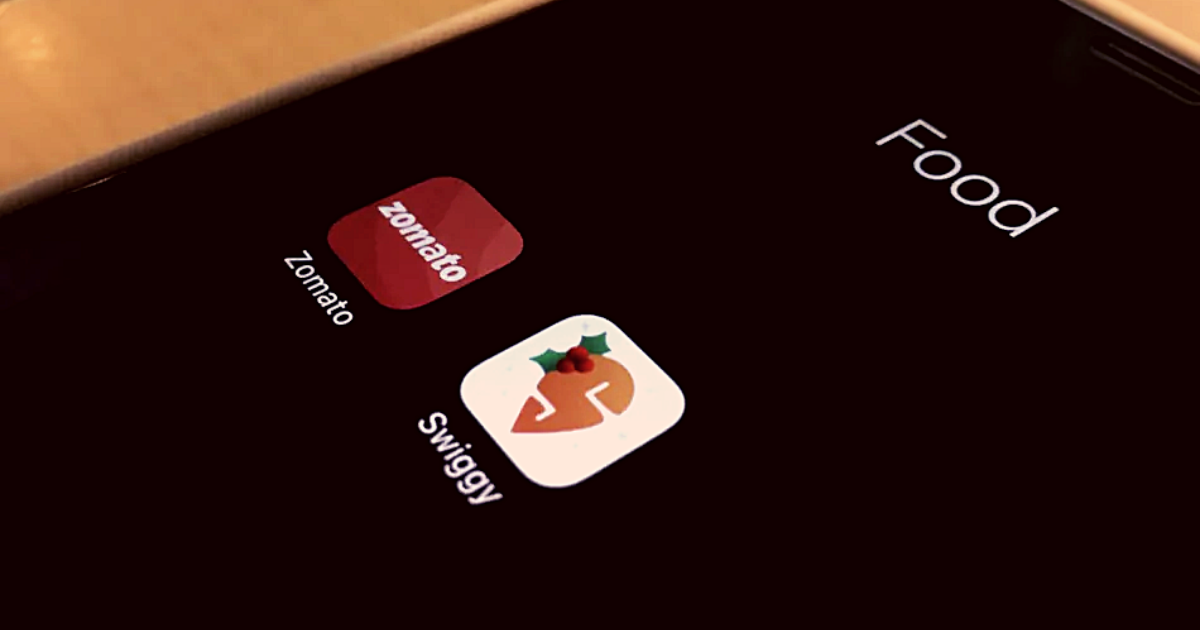 Hands that deliver food are struggling to feed themselves

Despite the new labour reform codes covering gig workers and providing them social security benefits, the exploitation of food delivery executives, especially after the pandemic, continues. With the codes still not implemented, they stare at a dark future, writes SAMRIDDHI SAKUNIA

IN one of the biggest attempts to usher in labour reforms, Parliament passed the Code on Wages, the Industrial Relations Code, the Occupational Safety, Health And Working Conditions Code  and the Code on Social Security (CSS).

On September 23, 2020, to cover the gig workers and an attempt to give them some sense of social security, the Lok Sabha passed the Code on Social Security. The Union government has yet to notify the bill and has not issued any directions to the states. The draft rules for the Code includes benefits such as a disability cover, accident insurance, health and maternity benefits, and companies’ contribution to a social security fund.

After reading the code, it is pretty evident that there are overlaps as the Bill doesn’t accurately define gig or platform workers. It seems that the government in a rush brought in the bill without scrutinizing it or having a well-formulated discussion with the experts in the market.

Further, Section 114(7)(ii) of the draft allows the government to retain discretionary powers to exempt an aggregator from contributing to the social security of platform workers. Concerns have been raised regarding this rule and clear criteria have been demanded by the federation to prevent the aggregators from evading the responsibility.

Despite the codes defining a gig worker as an employee who earns a living outside of a “traditional employer-employee relationship” and providing them social security benefits—income security and health insurance—the condition of employees of online food platforms, like Zomato and Swiggy, hasn’t changed. Besides, the codes also permit an employer to hire and fire employees.

Since the codes have still not been implemented, their exploitation has increased with the restaurant business taking a devastating hit during the pandemic. Besides, the delivery executives have also been impacted by the change in remuneration models of food delivery companies.

The big fish in the food delivery business who had acquired small companies and consolidated the market are paying lesser money to their employees. The average monthly earning of a food deliverer has gone down from Rs 20,000-Rs 22,000 to Rs 10,000. Coupled with little job security and a high attrition rate in the industry, these workers stare at a dark future.

A delivery executive employed with Swiggy tweeted in the last few days about how little he earned per delivery and had to request his customers for some change to survive. His Twitter handle @SwiggyDEHyd no longer exists. A delivery executive associated with Zomato tweeted in support reiterating how he too makes less money despite delivering food to far-off places.

Owner of another Twitter handle DeliveryBhoy, who quit Swiggy because of the work culture, has been continuously posting about the low pay and exploitation of food delivery executives.

The writer spoke to some of the food deliverers who have been tweeting about their abysmal pay and working conditions.

The owner of the Twitter handle @DeliveryBhoy, who quit Swiggy in May to join Zomato due to the “back-breaking work and ungrateful customers, said, “The working conditions in this company are unimaginably inhuman. I don’t know how they continue to operate without a single probe by any human rights organisation,” he said.

The employee recently started a Twitter ad campaign to make people and food delivery companies aware of the basic human rights of deliverers. According to Zomato’s policy, the delivery guys cannot talk to the media.

“Swiggy has another innovative way to cheat the delivery executive. If he doesn’t earn a certain amount of money, he doesn’t get the daily incentive. In my zone, an incentive of Rs 100 was paid for an income of Rs 375 and Rs 200 if you earned Rs 650.”

According to him, Zomato has a “complex” algorithm that decides how fast the food is delivered. “Once a sweet customer called me while I was collecting her food. ‘Beta, please ride slowly,’ she said. I wish I could tell her it’s not in my hands. But her voice melted me. ‘Yes aunty, I’ll ride slowly,’” I replied.

Sharing his experience with Zomato customers, he said that the inherent bias towards delivery guys is evident. “‘How come you speak such good English? You don’t seem like a ….’ They never complete this sentence. I’m tired of hearing these questions and comments of customers.”

After noticing the exploitation of the employees narrated on Twitter, a bunch of millennials demanded an explanation and better pay from Swiggy.

Swiggy issued a statement saying, “Unfortunately, the payouts (sic) shared on social media are selective and do not include other major components, such as incentives. While a particular delivery’s payout (sic) varies depending on distance, delivery time and other factors, our average delivery partner payout (sic) in Hyderabad was Rs 65 per order last month with the highest-performing partners making Rs 100 per order.”

The above numbers are exclusive of the tips paid by the consumers that go directly to the delivery partner in full, Swiggy claimed.

Swiggy DEHyd said that the pandemic has hit the gig workers hard. “Before Covid, our pay structure was decent. Swiggy used to pay us Rs 130 for a 10-km trip. The longer we used to travel to deliver the food, the higher was the payout. We used to get a minimum of Rs 35 per order besides weekly and monthly incentives.”

After Covid, Swiggy reduced their payment. “Our payment was cut and all the weekly and monthly incentives withdrawn. Now, we are getting a mere Rs 6/km and only Rs 60 for a 10-km trip. The minimum amount per order has also been reduced to Rs 20,” he said.

When asked how Swiggy reacted to their complaints, he said that the company accused him of lying and impersonating as a delivery boy. “Most of the delivery executives don’t know how to use Twitter and some don’t speak up due to the fear of losing jobs, which is understandable.”

The delivery executives don’t have the option to even complain about missing tips. “Once a customer added a tip of Rs 30 but my account didn’t reflect the transaction. When I tried to report the issue, there was no option. We can’t even raise questions on missing tips,” he said.

Asking Swiggy to take a note, the delivery executive had tweeted: “All I can say is most of us are school/college dropouts. We work in extreme weather conditions, pollution, risk of accidents, back pains, etc., all we want is a better payout. 8rs/km/35rs/order.”

“Swiggy calls us ‘Delivery Partners’—that’s why we don’t get minimum wages, PF, ESI and other benefits. Our lives will change only when they treat us as their employees. We are just IDs, not humans, in the eyes of Swiggy,” the delivery executive added.

“The day I started working with Swiggy, I was being paid Rs 5/km,” said Manish (name changed), who has never been paid an incentive. “Sometimes, we have to wait 45-50 minutes at a restaurant and all we get is Rs 21,” he added.

At times, customers ask him to deliver at a location other than the one mentioned in the app. Manish, who has no option but to follow the instructions of his customers, has reported this problem to Swiggy several times.

Manish is still hopeful. “I wish the company pays us incentives and long-distance return bonus properly, educates us on how to report any issue and sets up an employee help center.”

Sanjay Kumar, 37, who is the only earning member in his family and has been with Swiggy for the last four years, had a similar experience: “Initially, I was earning around Rs 20,000-Rs 25,000 a month. But the amount has been decreasing every year.”

Kumar said that a deliverer has to work for, at least, 12 hours to earn Rs 300-Rs 400 per day. “We will be left with nothing after spending on fuel and bike maintenance.”

Zomato employee Suman said that the payment/kilometer, which was already less before the pandemic, has been reduced further. “Rs 15 for a 3-km delivery is a cruel joke. What about the 3 kilometers we cover while returning? Zomato doesn’t pay for that,” said Suman.

while fuel prices and other expenses are skyrocketing. Minimum delivery payment per order should be Rs 30-Rs 35, not Rs 15. I will quit as soon as I get another job,” added Suman, who “cannot even pay her rent”.

These delivery executives informed The Leaflet that it is not the first time they are trying to raise their concerns. Swiggy and Zomato gig workers in Chennai had declared a strike in August 2020 demanding the restoration of the earlier payment of Rs 35 per order.

(Samriddhi Sakunia is an Odisha-based freelance journalist. She writes on education, health and politics. Some names have been changed to protect identity.  The views expressed are personal.)