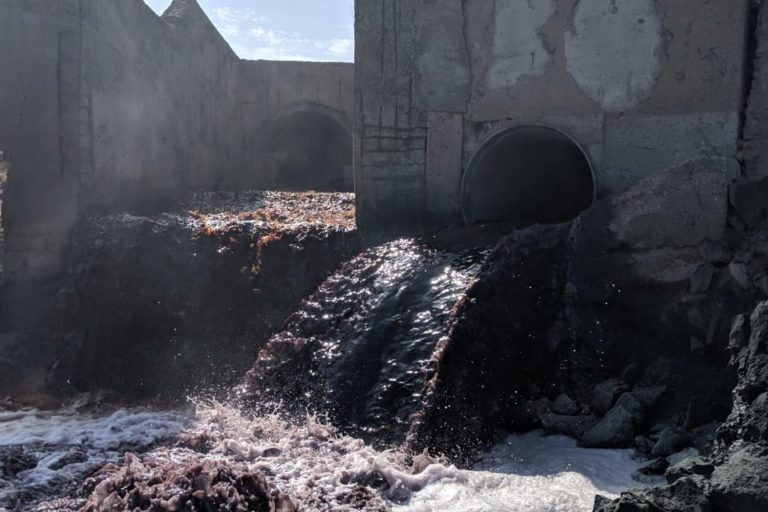 Last month, the Gujarat High Court had to invoke the public trust doctrine and collective responsibility principles to prevent further pollution of the Sabarmati, in spite of there being legislation in place to outlaw such pollution, writes GAURI ANAND.

BASED on news reports regarding the unfettered and illegal pollution of the Sabarmati river by sewage treatment plants (STPs) at Pirana in Ahmedabad, the Gujarat High Court, in August, 2021, took suo motu cognizance of the matter and ordered the Gujarat Pollution Control Board (GPCB) to conduct thorough inspections to identify pipelines through which the discharge was being released into sewage lines. The Court was unsatisfied with the report submitted by the GPCB, and noted that those in power have attempted to protect the polluters involved.

Thereafter, the amicus curiae appointed by the Court in the matter, Hemang Shah, submitted an alarming inspection report on the pollution levels of the river.

Spurred by this report, on September 16, the Court set up a Joint Task Force (JTF) of eight members, headed by the regional director of the Central Pollution Control Board, Prasoon Gargava, to curb the illegal discharge of effluents into the already polluted river. The JTF comprises Dr. Upendra Patel, who is a faculty of technology & engineering at the Maharaja Sayajirao University of Baroda, two officers from the Ahmedabad Municipal Commission (AMC), and two officers from the GPCB. An officer from energy company Torrent Power, and a police officer of the rank of Deputy Superintendent of Police, along with two armed constables, were also made members of the task force.

Rohit Prajapati, a member of the JTF, apprised the Court of the fact that the 120 km stretch of the river before it meets the Arabian Sea, is ‘dead’, and is effectively just partially treated industrial effluents and sewage. The JTF has unanimously agreed to take up this stretch on a priority basis.

Also read: Still a Massive Block in Flow of Funds to Save Rivers

In an affidavit filed before the High Court, the AMC admitted that poorly treated and completely untreated industrial discharge from effluent treatment plants (ETPs) is being illegally released into the sewage network designed for household sewage. Further, this waste is being discharged into access points such as manholes and machine holes. To make matters worse, reverse boring is being used to discharge industrial waste directly into the ground.

The AMC opined that a joint task force would not be sufficient to tackle these illegal activities, and that a number of additional steps would have to be taken to ensure compliance with waste treatment and management standards. Among other recommendations, it suggested that the GPCB be called upon to monitor and assess the waste-water generation of industries as per the production capacity of each industry.

In response to this, the GPCB argued that the entirety of the polluting industrial area and the industries therein, fell within the jurisdiction of the AMC, which had, on more than one occasion, granted permission to industries to discharge their effluents into its drainage network, without prior approval from the GPCB.

On September 23, 2021, the High Court passed an interim order with the express objective of cracking down on the AMC and the polluting industries. “We have to use the ‘Public Trust Doctrine’ to apply stringent provisions against permitting municipal bodies or industries from polluting rivers,” it stated.

The public trust doctrine propounds that the State holds certain resources in trust on behalf of its citizens, and is obligated to maintain and protect these resources for reasonable public use. It was first used in the Span Motels case by the Supreme Court in 1995, and has since been the rationale behind many a judgment negating development projects at the cost of the environment.

In June this year, the National Green Tribunal (NGT) too, came down heavily on the states of Punjab, Haryana, and Himachal Pradesh for breaching the public trust doctrine, and failing to stop the discharge of untreated effluents into the Ghaggar river. It stated, “if the State itself fails in implementing the law, it is nothing but breakdown of the system itself.”

While directing robust measures to remedy the situation, the Gujarat High Court invoked the collective responsibility principle, to be imposed on the industrial estates and/or the industries located in the vicinity of the purported offending area. Industrial associations will thereby be held liable for the actions of even one offending party, resulting in collective penalties such as payments against pollution, disconnection of electricity supply in clusters where the pollution originates, cutting off of water supply, and so on. Industrial associations that fail to overhaul and maintain their common effluent treatment plants (CETPs) at optimum levels will be shut down until the source of release of the untreated effluents is detected.

The Court has also made the decision to empower the JTF to name and shame the industries and their owners, who are guilty of releasing untreated effluents into the sewage lines. This will be done by publishing their details in the newspapers, the costs for which will be recovered from the defaulters. The JTF has also been asked to actively involve law enforcement agencies to stop the movement of tankers filled with effluents at odd hours.

Also read: Rivers Are Key to Restoring the World’s Biodiversity

Despite the enactment of the Water (Prevention and Control of Pollution) Act, 1974, which criminalizes the discharge of untreated effluents into a water body, municipal bodies are unable to protect water bodies from such pollution. This is a threat to the health of the citizens, and is a clear violation of their fundamental right to life under Article 21 of the Indian Constitution. Farmers downstream from the river, who use its water for irrigation were also parties to the case, and have been directed by the court not to use the river water for agricultural purposes.

The lethargy of the AMC, GPCB and other statutory authorities to implement environmental law in this case is unconscionable, and erring officers must be held liable for their failure to perform their duties. If government officers continue to protect industries against liability for environmental pollution, the State, too, must be held vicariously liable for its role in the damage caused.

It is not sufficient that a law be enacted, if the executive cannot be trusted to ensure that its legislative intent is achieved. It is all the more discouraging to see that in this case, not only has there been negligence, but the AMC has been shown not only to be aware of the situation, but also complicit in it. That the courts and tribunals must intervene in almost every instance of industrial pollution to coerce constitutionally mandated action is shameful, and food for thought for the administration.

(Gauri Anand is an environmental lawyer and part of the research and editorial team at The Leaflet. The views expressed are personal.)