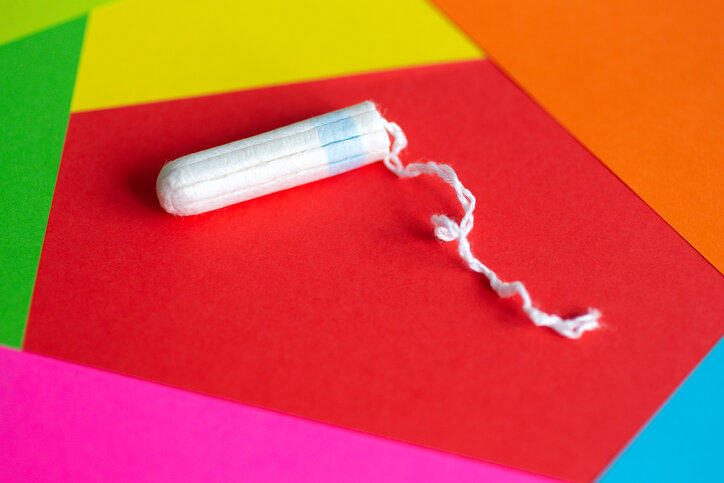 Drawing attention to the taboo around any public discourse relating to menstruation in India and the adverse impact on women of the invisibilisation of their menstrual concerns, PRARTHANA SEN underscores the need for the systematic recognition and legitimization of the reality of menstruation in our policy framework.

INDIA has a large female population but a limited array of choices when it comes to menstrual products in the market, given how menstruation is often misconstrued as a taboo within the country, and any meaningful reform concerning this ‘forbidden’ topic remains a great challenge.

In India, advertisements happen to be the only channel of communication when it comes to the subject of menstruation. Being a social taboo, it is seldom openly discussed in a public forum, let alone bringing forth reforms in the matter.

Menstrual rights need not be viewed as specific to a gender; they are basic human rights. After 74 years of independence, a Bill addressing women’s menstrual concerns was introduced for the first time in Parliament just three years back. However, it lapsed following a failure to gain government support.

The primary way of normalizing menstruation within Indian society is only by backing it with laws.

India’s road to sustainable development is not one without challenges. India aims to fulfil sustainable development goals such as achieving gender equality and empowering all women and girls (SDG 5) and making cities and human settlements safe, inclusive and sustainable (SDG 11) by 2030. Policy provisions and legal safeguards for women’s menstrual concerns could help fill this gap.

Also read: Sabarimala forces us to recognise the hitherto unacknowledged yet omnipresent socio-legal violence against women

In India, the government has focused upon different dimensions of women empowerment so as to attain gender equality through these schemes. The Beti Bachao Beti Padhao (BBBP) focuses on eliminating gender-based inequalities and empowering the girl child, while the Pradhan Mantri Ujjwala Yojana (PMUY) focuses on the provision of LPG cylinders to women in the Below Poverty Line (BPL) category.

While people remain aware about the extensive work being carried out with taxpayer’s money under the BBBP and PMUY schemes via government sponsored advertisement campaigns on television channels and newspapers, the National Menstrual Hygiene Scheme (NMHS), that was launched in 2014, has not received as much coverage or prominence.

English philosopher Jeremy Bentham had advocated long back that every social, moral as well as governmental legislation ought to aim at providing ‘the greatest happiness for the greatest number of people’. Though India has a heterogeneous society, every woman faces menstrual concerns irrespective of their religion, socio-economic status, marital status or caste. More government measures pertaining to menstrual concerns in India would definitely cater to the happiness of the greater good, in accordance with the Benthamite principle.

Policy-making is done keeping target beneficiaries in mind, and so menstruation-related schemes should cover all the States and Union Territories.

Progressive period provisions in other parts of world

Menstruation is seen to be stigmatized around the world to some extent or the other. However, several countries around the world have come up with certain progressive measures to address menstrual concerns.

For instance, the Period Products (Free Provision) (Scotland) Act was passed almost a year back to combat period poverty in Scotland. Several American states have passed laws that mandate schools to provide period products to their students. Japan and South Korea have incorporated the provision of menstrual leaves within their respective labour laws for almost 70 years each.

Such progressive measures are worthy of emulation, especially when menstruation laws have emerged as the need of the hour in a populous democracy like ours. As per the World Bank, India has the second-highest female population in the world after China. Clearly, the redressal of this common concern held by about half our population would be a major step in the attainment of gender equality within the country.

While menstrual concerns often remain invisible when it comes to public discussions, there have been certain instances where menstrual concerns have been given importance, which provide a slight ray of hope. For instance, companies in India like food delivery service giant Zomato and renowned media firm Culture Machine allow menstrual leaves for their female employees.

Another progressive milestone is sanitary napkins being exempted from 12% GST by the Ministry of Finance in 2018.

However, what we need is a “period revolution” in India; something which could help normalize the tabooed concept of menstruation within India’s heterogenous society, and also provide ground for more reform measures in India’s menstrual concerns in the near future.

Needed – a systematic approach from the government

In India, the taboo around menstruation has deterred young girls from pursuing the same opportunities as their male counterparts. For instance, a major reason behind dropout rates involves the lack of access to hygienic menstrual products.

Economist and philosopher Amartya Sen described poverty as a failure to attain certain minimum capabilities; in this case, period poverty can be seen as a hindrance to the attainment of basic minimum capabilities like education for the girl child. The reality of menstruation thus, requires legitimization and protection by our legal and administrative framework.

Every year, hundreds of NGOs and corporate giants, as part of their CSR initiatives, hold awareness drives across the country and dole out menstrual products in the rural pockets. Despite such efforts, the concept of menstruation remains far from normalized.

Strict government regulations that ensure compliance towards the safe access and use of menstrual products is what could bring forth a remarkable change and combat this ‘curse’.

(Prarthana Sen is a Master’s graduate in Political Science from St. Xavier’s College and is presently working as a Research Intern for the Observer Research Foundation. The views expressed are personal.)