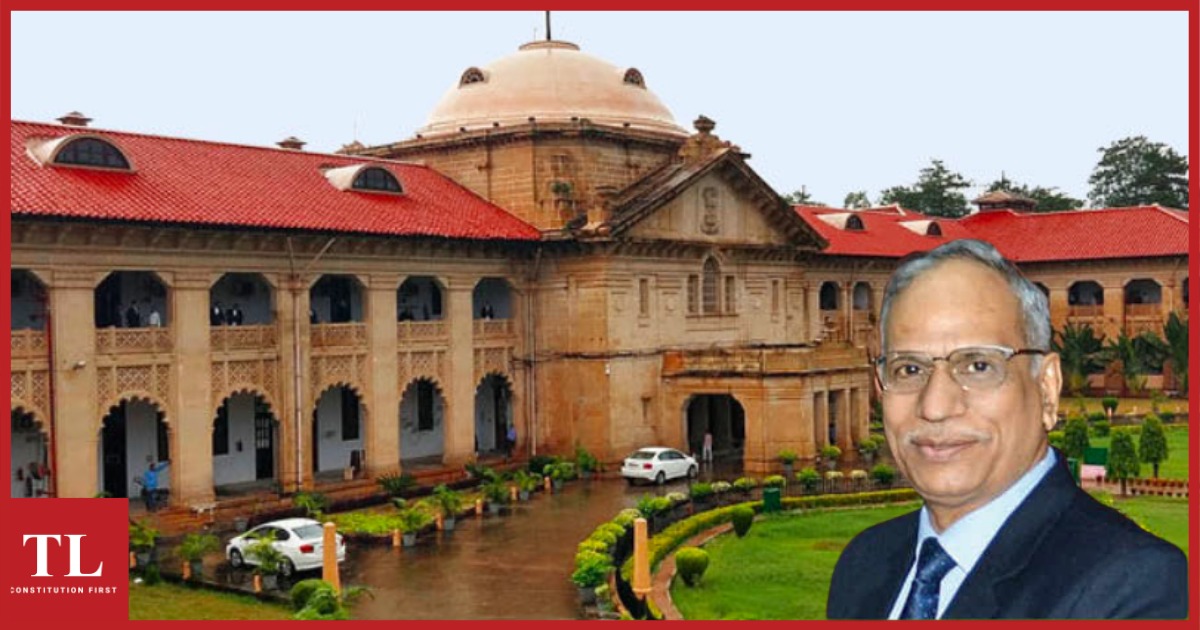 Govind Mathur, Chief Justice of the Allahabad HC, retires; Was a defender of core constitutional values

On the eve of his retirement as the Chief Justice of the Allahabad High Court, PARAS NATH SINGH pays tribute to Justice Govind Mathur’s stellar track record of upholding civil liberties, under severe attack in Uttar Pradesh during his two-year tenure as Chief Justice.

AFTER serving for more than two years as the Chief Justice of the Allahabad High Court, India’s largest high court, Justice Govind Mathur retires on April 13.

Justice Mathur possessed all the traits to make it to the bench of the Supreme Court of India. He was, however, unable to get there due to the deadlock in the Collegium headed by CJI S.A. Bobde, which failed to make even a single recommendation for an appointment to the top court.

In his short tenure of a little over two years as CJ, Justice Mathur delivered quite a few memorable judgments to protect the civil liberties of citizens. In some cases, he acted suo moto, and in others, he did so on the presentation of a formal petition before him.

When the Uttar Pradesh (UP) Government, in complete violation of the rule of law and the right to privacy and dignity of its citizens, put up banners containing the photos and personal details of anti-Citizenship Amendment Act (CAA) protestors in Lucknow in order to name and shame them, Chief Justice Mathur rose to the occasion and registered a suo moto petition calling for a response from government authorities. Chief Justice Mathur went on the find the action of the UP government illegal, a violation of the right to privacy and without any authority of law. He ordered the government to take down the posters.

The UP government was so invested in the case that it carried the matter to the Supreme Court the very next day.

Though the top court admitted the plea, it did not stay the high court order. Yet the UP government, in total defiance of the high court, chose not to remove the banners.

When a Bombay-based lawyer shot off an email to Chief Justice Mathur referring to reports in two newspapers about alleged atrocities against madrasa students in Muzaffarnagar by the police during a crackdown on those protesting against the contentious Citizenship Amendment Act and alleging that the crackdown in the state during anti-CAA protests was antithetical to India’s core constitutional values, the latter took suo moto cognizance of the matter and issued notice to the UP government, calling for its reply.

In another case, had it not been for Justice Mathur’s judiciousness, Dr. Kafeel Khan would have been rotting in jail even now. A bench headed by him quashed the detention of Dr. Khan under the draconian National Security Act (NSA). Chief Justice Mathur held his detention bad in law and said that nowhere did Dr. Khan’s speech threaten the peace and tranquillity of the city of Aligarh, for which he remained behind bars for over six months despite bail.

Chief Justice Mathur took suo moto cognizance of a letter written by a Benaras Hindu University (BHU) alumnus informing the former that a BHU student allegedly picked up by certain police personnel had been missing since February 16, 2020. Justice Mathur summoned all the facts of the case from the police, and the matter is presently sub judice. The UP government stated before the high court that it was transferring the probe to Crime Branch – Criminal Investigation Department.

Last year, Justice Mathur directed the National Human Rights Commission NHRC) to probe the allegations of police excesses and high handiness of the UP police in dealing with Aligarh Muslim University students who were protesting against the CAA; these protests later turned violent allegedly because of police aggression. Based on the NHRC’s report, a bench led by Chief Justice Mathur ordered the Director-General of Police (DGP) to provide, on humanitarian grounds, compensation that was commensurate with the injuries that six AMU students had grievously suffered at the hands of the UP police. The court also directed the identification of the policemen (both district police and Pradeshik Armed Constabulary), as seen in CCTV footage, that involved unnecessarily caning of apprehended students and damage to their motorcycles

Justice Mathur was perhaps the only Chief Justice who, on the birth anniversary of Dr. B.R. Ambedkar, released a rousing message on the Allahabad High Court’s website stating that in a multi-class society, the concept of equality was a treasure.

“Though a reasonable classification is permissible the deepest tribute to the architect of our Constitution would be to have genuine equality in every sphere of the social, economic and political arena of Indian citizens”, he said.

He would add that communalism, casteism, regionalism, gender bias and a close-minded view of socio-political issues were the antithesis of India’s constitutional ideals. “We must fight against those fearlessly, fairly and without any hesitation,” he said.

“In our day-to-day life as well as while discharging our official duties,” Justice Mathur wrote, “We must commit ourselves to the core constitutional values that acquired shape during our freedom struggle and were put into words by the Drafting Committee under the leadership of Dr. B.R. Ambedkar.”

Justice Mathur, without a doubt, shall be remembered by posterity as a judge who truly adhered to India’s core constitutional values, and upheld the rule of law, and honoured the oath he read out before entering office.