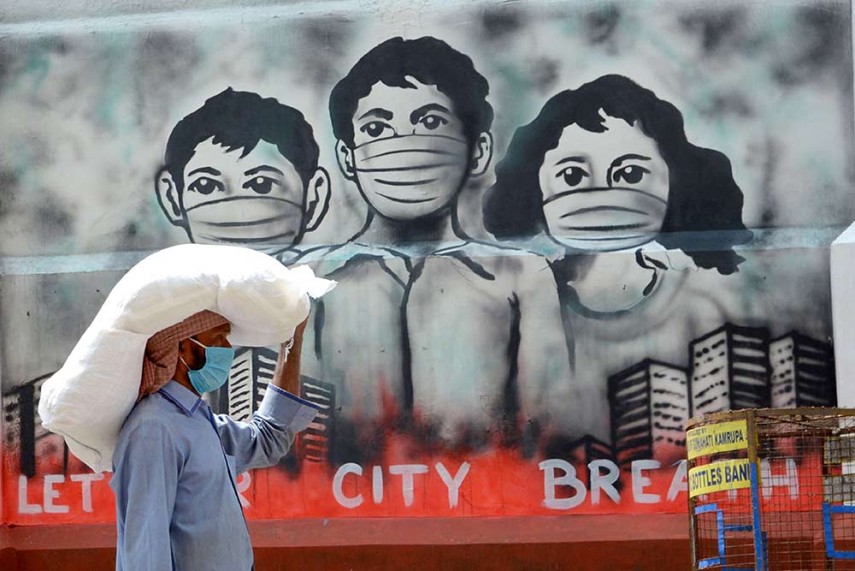 The government did not give out relief packages in order to avoid stretching beyond its fiscal deficit limit, an action that would have been frowned upon by global finances. But by not doing so the government acted callously, writes PRABHAT PATNAIK.

The Modi government must be the most timid in the world vis-à-vis international finance capital. By the same token, it must be the most callous in the world vis-à-vis the working people of the country. The one is the flip side of the other; and the government’s economic policy during the pandemic bears ample testimony to its timidity-cum-callousness.

All the advanced country governments provided sizeable relief packages to their populations whose income sources had dried up because of the pandemic and the associated lockdown. Even Donald Trump’s United States unveiled a package amounting to 10 per cent of GDP which also included cash transfers to every household for several months.

In India, opposition parties, by economists, and by civil society organisations almost unanimously raised a demand to give a cash transfer of Rs 7,000 per household per month to all non-income tax-paying households.

Despite this, the government did nothing of the sort.

Some paltry sums were promised to a few specific target groups, and even these it appears did not reach them. In the midst of the pandemic when as much as a quarter of the earlier employed work-force at one point found itself without work and hence any income, the government merely looked the other way.

Even an elementary “mainstream” economic textbook would have recommended larger government spending when huge unemployment and distress co-existed with this plethora of available idle resources; but that was not to be.

And yet, think of the resources that were just lying around and could have been used.

Massive unemployment and unutilised capacity co-existed that could have been used. Foodgrain stocks at one point even exceeded 100 million tonnes which is more than four times the “normal” amount that is supposed to be maintained. The period saw the most remarkable growth in foreign exchange reserves that has occurred in recent years.

Even an elementary “mainstream” economic textbook would have recommended larger government spending when huge unemployment and distress co-existed with this plethora of available idle resources; but that was not to be.

The reason for the accretion of foreign exchange reserves, which increased from $477 billion at the end of March to $580 billion at the end of December, was the unveiling of substantial relief packages in the advanced countries. These packages pushed up the magnitude of fiscal deficits in these countries; and these deficits were met, in a situation where interest rates were deliberately being kept low, through substantial monetization, that is, through the printing of new money. This pumped liquidity into the system in these countries which then went looking for profitable deployment all over the world.

Government spokesmen would counter this by saying that if the financial inflow would have been used for meeting the import bill created by an expansion of domestic incomes through a larger fiscal deficit, then that would have left the country vulnerable to any sudden financial outflow.

Since the interest rates in India were generally well above those in the advanced countries, there was an inflow of finance into India which was mopped up as additions to foreign exchange reserves by the Reserve Bank of India. It is as if the United States and other advanced capitalist countries were pushing liquidity all over the world. This could have been used in India for enlarging government expenditure but was instead just added to foreign exchange reserves.

Government spokesmen would counter this by saying that if the financial inflow would have been used for meeting the import bill created by an expansion of domestic incomes through a larger fiscal deficit, then that would have left the country vulnerable to any sudden financial outflow. But fear of financial outflows should not mean holding the entire inflows as reserves, for that would only make the country a parking place for foreign finance, to its great cost (for the interest paid on these inflows is higher than what is earned on them as reserves). In fact, to hold the entire amount of financial inflows as reserves is logically analogous to banks’ having 100 per cent cash-reserve ratio, i.e., holding their entire deposits in the form of cash reserves without giving any loans (which would make any banking unprofitable and hence unviable).

Let us assume for argument’s sake that half the inflow that has occurred over these few months could be used to add to reserves and the other half could be made available for larger imports.

Let us on this basis make some illustrative calculations.

The point, however, is not the exact figure, but the fact that there was plenty of scope for the Modi government to undertake substantial relief expenditure, which it simply ignored.

Between end March and end-December, Rs 6.7 lakh crores were added to foreign exchange reserves. Of this sum, by the above assumption, Rs 3.35 lakh crores could be used for larger imports. If we take an average import-GDP ratio of about15 per cent (in round numbers), then this could have sustained an increase in GDP of Rs 22 lakh crores. Assuming a multiplier value of 2, i.e., that an increase in government expenditure would, by generating demand through various rounds, increase income by an amount twice itself, an increase in government expenditure of Rs 11lakh crores could have been sustained without posing any foreign exchange problems.

Now if Rs 11 lakh crores are spent by the government which increases GDP by Rs 22 lakh crores, then there will be additional tax accrual to the government (Centre and the states together) of Rs 3.3 lakh crores, on the rough assumption that the tax-GDP ratio is 15 per cent. The fiscal deficit required for generating an increase in GDP of this order of magnitude will therefore be Rs 7.7 lakh crores (i.e.,11 lakh crore minus 3.3 lakh crores),which is approximately 3.5 per cent of the GDP of 2019-20. This would have raised the overall fiscal deficit (what was budgeted and what would have been caused by this additional relief expenditure) to around 7.5 per cent of the base-level GDP (which would also have been roughly the GDP in 2020-21 if relief expenditure on this scale had actually been undertaken).

And this is where its utter timidity comes in. It was, to put a charitable interpretation on its actions, afraid of offending globalised finance which does not like fiscal deficits, and to appease which a ceiling of three percent of GDP has been fixed for the central government under the FRBM Act.

These figures are only illustrative, and they are on the conservative side. Many have argued that the size of the fiscal deficit could have been raised to as much as 12 per cent of GDP. The point, however, is not the exact figure, but the fact that there was plenty of scope for the Modi government to undertake substantial relief expenditure, which it simply ignored. It therefore gratuitously committed an act of criminal negligence, by a draconian and completely futile lockdown at a mere four hours’ notice, and then by not providing any significant assistance, which it could easily have done, to the millions of working people who were rendered jobless and income less.

The point is: why did it do so? And this is where its utter timidity comes in. It was, to put a charitable interpretation on its actions, afraid of offending globalised finance which does not like fiscal deficits, and to appease which a ceiling of three percent of GDP has been fixed for the central government under the FRBM Act.

The pandemic in fact actually provided it with a justification for exceeding this limit substantially, as many other governments, especially in Europe, did; but it neither had the courage to confront globalised finance nor the concern for the people to induce it do so. In the contradiction between the people and finance that characterizes the entire epoch of neoliberalism and that comes to the fore in the period of the pandemic, it chose the side of finance without batting an eyelid and without raising a murmur of dissent.

But its callousness towards the people does not end there.

In any democracy the ruling party is afraid of ignoring the people lest they desert it at the time of elections. Advanced country governments, including even Donald Trump, came forward with substantial relief packages not necessarily because they have a great love for the people, but because they are compelled by the institutions of democracy to show concern for the people.

If the Modi government did not care about providing relief the reason lies in the fact that it does not feel constrained by democratic institutions any longer.

It has perfected the art of “winning” elections by a combination of playing the Hindutva card at the right time, and the use of money to cause defections from opposition parties before and after the polls. Its cynicism is boundless: it not only has no compunctions about spreading communal hatred, but it has commoditised politics to appoint where, no matter whom the people vote for, it can be assured of forming the government by buying up opposition legislators.

It is this combination of timidity is-à-vis finance, callousness towards the people, and cynicism in manipulating the electorate and legislators that has made it into perhaps the most ultra-right government in the world. (IPA Service)

(Prabhat Patnaik is a political economist and former professor at Jawaharlal Nehru University. The views are personal.)