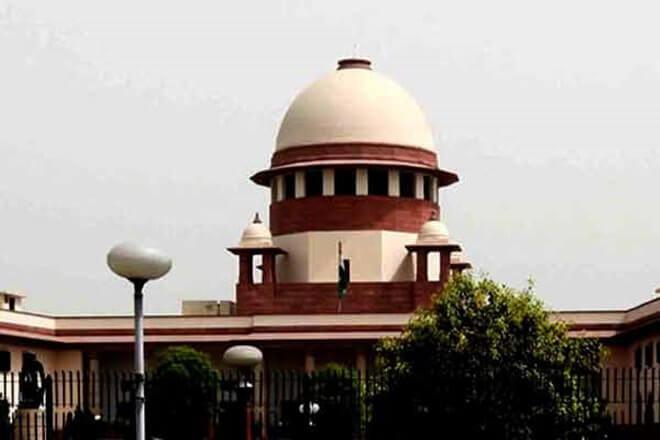 In an RTI reply, the Central Public Information of the Department of Justice, Government of India cites confidentiality without invoking any of the two exemption clauses under the RTI Act.

In an RTI reply, the Government has shied away from coming clear on what exactly is the status of the MoP, and the exact correspondence that took place between the Government and the Supreme Court Collegium/Chief Justice of India on this issue.

The refusal to shed light on the status of the MoP is particularly intriguing since this is the very issue that the four senior most judges of the Supreme Court (excluding the CJI) considered to be of utmost public interest and referred to the same in their letter addressed to the CJI, released on January 12, 2018, soon after holding the unprecedented press conference on judicial crisis. What the four Justices – Jasti Chelameswar, Ranjan Gogoi, Kurien Joseph and Madan Lokur – considered so vital as to release their letter to the members of the press, in order to draw attention to the issue at hand, is ironically being considered by the Government as both “confidential” and “not in public interest”.

An RTI application was filed on January 17, 2018, seeking information related to: ‘Not in public interest’? CPIO cannot bring in any other exemption to deny the information. In the present case, the CPIO has stated that the revised MoP is still in the finalization stage, and consultation with the Supreme Court Collegium is ongoing. This interim stage has been cited as the reason to withhold information on the status of the MoP to appoint judges, an issue for which the four justices of the Supreme Court resorted to a historic and unconventional press conference.

In fact, the FAA too, in his order dated March 27, 2018, has not provided any exemption clause provided under the RTI Act to justify the withholding of the information sought. He has added exemption from his own side, information sought for is “confidential and cannot be shared in public interest at present”.

In the present case, neither the CPIO nor the FAA has cited any exemption clause to deny information. Therefore, it appears that the denial of information is mala-fide.

Violation of Fundamental Right to Information

Central Information Commission in Mangla Ram Jat vs. PIO, Banaras Hindu University, Decision No. CIC/OK/A 2008/00860/SG/0809, dated December 31, 2008 held the Right to Information as part of the fundamental right of freedom of speech and expression, and this is well established in our constitutional jurisprudence.

“The Right to Information is one of the most fundamental Human Rights recognized by the world community and stands incorporated in the Universal Declaration of Human Rights and International Covenant on Civil and Political Rights (Art.19).This has always been a Fundamental Right of the citizens under Article 19 (1) (a) of the Constitution of India, and stands codified as the Right to information Act, 2005.

“Accountability and transparency are the paramount objectives of the Act. Right to Information is not only a legal right, but also a Fundamental Right as enunciated by the Hon’ble Supreme Court in plethora of judgments.”

Any refusal of information has to be only on one or more grounds mentioned in Section 8 (1) or Section 9. The Act gives no scope to the adjudicating authorities to import new exemptions other than those that have been provided under the Act and thereby deny the information. In a democracy the Government belongs to the people and therefore the rights of the owner to access this information has to be respected very carefully. Since in Section 3 it has been stated that ‘subject to the provisions of this Act, all citizens shall have the right to information’, it follows that denial of information can only be on the basis of the exemptions in the Act and no other grounds for denial are valid.”

On the issue of “public interest”, the order stated:

“An adjudicating body under the Act, it cannot take upon itself the role of the legislature and import new exemptions hitherto not provided. The Commission cannot of its own impose exemptions and substitute their own views for those of Parliament. The Act leaves no such liberty with the adjudicating authorities to read law beyond what it is stated explicitly.”

It goes on to add:

“Any restriction on the Fundamental Rights of the Citizens in a democratic polity is always looked upon with suspicion and is invariably preceded by a great deal of thought and reasoning. Even the Parliament, while constricting any fundamental rights of the citizens, is very wary. Therefore, the Commission is of the view that the Commission – an adjudicating body which is a creation of the Act – has no authority to import new exemptions and in the process curtail the Fundamental Right of information of citizens.

Even exemptions under section 8(1) are not absolute, and are subject to larger public interest as mentioned in section 8 (2) which reads, “Not withstanding any of the exemptions permissible in accordance with sub section (1), a public authority may allow access to information if public interest in disclosure outweighs the harm to protected interest.”

“Any restriction on the Fundamental Rights of the Citizens in a democratic polity is always looked upon with suspicion and is invariably preceded by a great deal of thought and reasoning. Even the Parliament, while constricting any fundamental rights of the citizens, is very wary. Therefore, the Commission is of the view that the Commission, an adjudicating body which is a creation of the Act, has no authority to import new exemptions and in the process curtail the Fundamental Right of Information of citizens.”

In PUCL v. Union of India, the Supreme Court held:

“The concept of an open government is the direct emanation from the right to know which seems to be implicit in the right of free speech and expression guaranteed under Article 19(1)(a). Therefore, disclosure of information in regard to the functioning of the Government must be the rule and secrecy an exception…”

Recently the apex court in Lok Prahari v. Union of India observed: “The citizen, the ultimate repository of sovereignty in a democracy must have access to all information that enables critical audit of the performance of the State, its instrumentalities and their incumbent or aspiring public officials. It is only through access to such information that the citizen is enabled/empowered to make rational choices as regards those holding or aspiring to hold public offices, of the State.”

Therefore, the Government hiding behind “public interest” to deny crucial information that is directly connected to the independence of the judiciary and its transparency, a matter flagged by the four brother justices of the Supreme Court in such an extraordinary step, is in fact detrimental to the actual public interest. The Indian public has a right to know what is the status of the MoP to appoint judges in the higher courts, so that democracy can be nursed back to health.