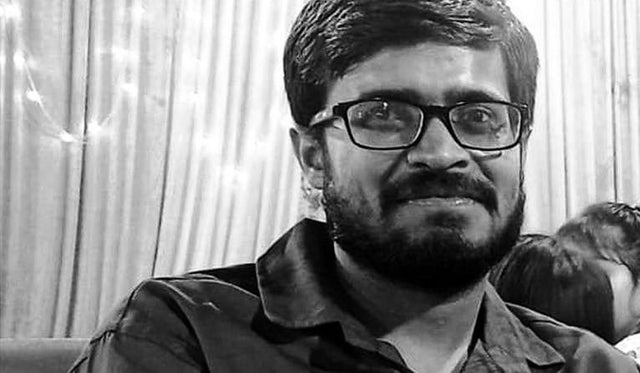 A team of government doctors after examining Shiv Kumar, a 24-year-old Dalit labour organiser who was detained from the farm protests site at Singhu, have found that he was tortured mentally and physically in police custody highlighting that his feet were swollen, his hands showed grievous injury and that he has flashbacks of the brutality. Shiv Kumar also told his lawyer that he had been denied his spectacles despite having a vision disability until the day he was taken for examination at the hospital. RHEA BINOY reports.

A TEAM of government doctors have recorded evidence that Shiv Kumar, a 24-year old Dalit labour organiser detained from the farm protests site at Singhu on Delhi’s borders on 16 January, was tortured in Haryana police custody.

Kumar was found to have multiple fractures, torn toenails and was “mentally and physically abused in the police remand”, said a four page-report by a medical board of Chandigarh’s Government Medical College & Hospital.

The report was submitted to the Punjab and Haryana High Court on 23 February by the Superintendent of the district jail of Sonipat, where Shiv Kumar has been incarcerated for 23 days.

The team of doctors, which included a psychiatrist, recorded symptoms of post-traumatic stress disorder from “flashbacks of brutality” that Shiv Kumar had experienced, with disturbed sleep. The doctors noted he was “sad and distressed” and cried while being examined. The report records Shiv Kumar’s version of how he was taken into custody and details of his injuries.

According to a report by Article 14, the doctors found Shiv Kumar’s feet were swollen, that the “nail beds of his 2nd and 3rd toenails of the right foot were broken” and left big toe was discoloured from clotting and injuries and there were discoloured patches of injuries on Shiv Kumar’s thighs. They recorded injuries on Kumar’s left hand, with nails of his left thumb and index finger showing “grievous injury.”

They “tied both his feet, lay him on the ground, and hit him on the soles. His 2nd, 3rd and 5th toenails of the right foot were torn”, while he suffered clotting from the injuries from a stick on his left foot, said the report.

The report also said that the police “hit him in the buttocks with flat sticks, then they tied his hands and stretched his legs” and later hit him on his hands, palms, the back of the head. Kumar recounted in his examination that “he was made to lie down on the ground with both legs straight and a metal pipe was placed on his thigh and rolled over on his thighs by two people.”

Advocate Harinder Bains, Kumar’s lawyer told Article 14, that Shiv Kumar told him in the hospital on February 20 that despite his vision disability, the authorities at the police station in Kundli, and later in Sonipat did not give him the spectacles he had on at the time of his arrest, until a day before he was taken to the government hospital in Chandigarh by the High Court order.

Citing evidence of multiple fractures, severe injuries and deep psychological distress, his lawyers requested the High Court to order the Haryana government to move Kumar to the Government Medical College & Hospital as he needs “medical attention”.

The government lawyer opposed the request, arguing that “whatever medical facility is required, including shifting Kumar” to this hospital would be provided, “if need be.”

Shiv Kumar’s lawyers said given the severity of his injuries, they hoped Kumar would be moved from prison to hospital on 25 February.

They had approached the High Court, as the Haryana police “acted with bias” against Kumar and failed to follow the law in his arrest.”

“They showed his arrest on 23 January, a week after the actual arrest on 16 January, and held him in illegal custody,” said Bains.

Bains said the police arrested Kumar because he, with Kaur, organised protests by workers in an industrial area in the town of Kundli, 25 km north of Delhi, but tried to allege criminal links and got 10 days remand from a district court, arguing they needed to take him to other states, such as Assam and Bengal, to establish those links.

“In fact, Shiv has stated during the medical examination that they did not take him there and instead took him to Haridwar on 30 January in the remand period and brought him back to then put him in prison from 2nd February onwards,” said Bains, who alleged “extreme mental and physical torture” of Kumar.

Shiv Kumar’s father said the Haryana police had not allowed him or any lawyers to meet him in prison for over three weeks.

Detained with a colleague and fellow Dalit Nodeep Kaur, Shiv Kumar is not named in any FIR. An FIR filed on 12 January 2021 against Nodeep Kaur after her arrest lists 11 offences, including an attempt to murder and extortion.

Kaur’s family has alleged torture and sexual assault in custody by Haryana police. The police have denied all the charges.

The High Court said the next hearing of Shiv Kumar’s case would be on 16 March. Bains said they would move the district court for his bail before that date.

Meanwhile, the court will hear Nodeep Kaur’s bail application on 26 February, 44 days after being taken into custody.

According to website Article 14, on 24 February, while ordering the police to shift Kumar to a hospital, the court postponed a hearing of Kaur’s case, after the Haryana government failed to submit a medical report ordered by a District Court a week after her arrest in Sonipat.