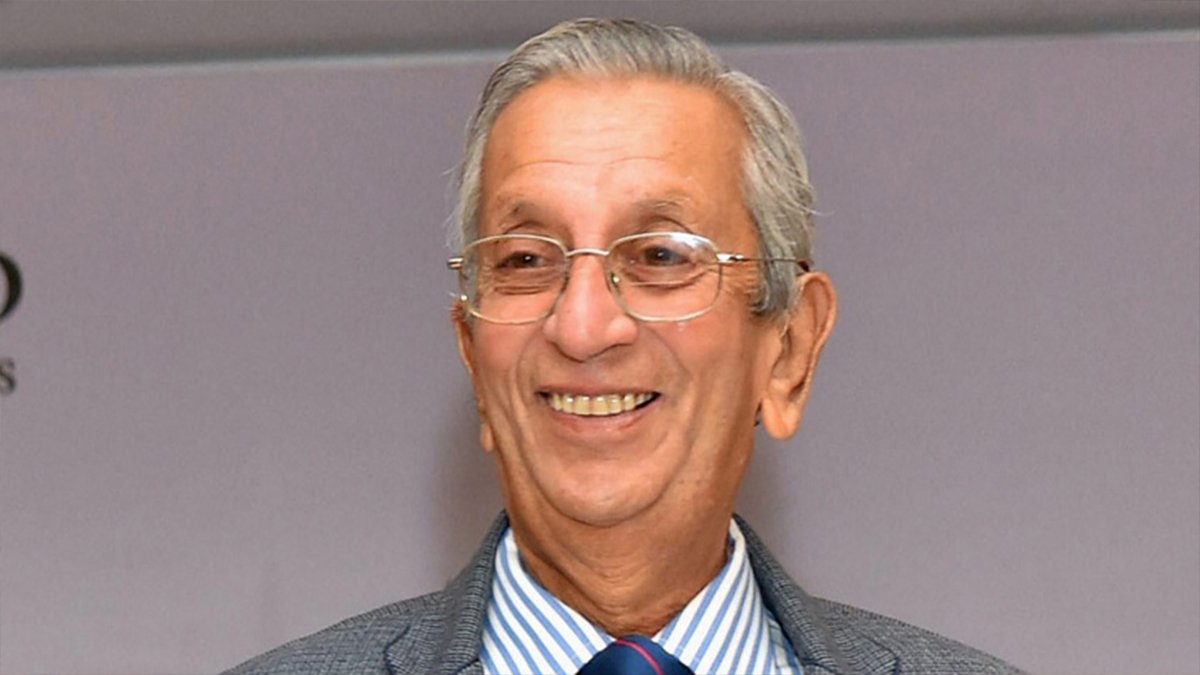 WHAT can one say about those who passed on when we do not have the ability to be present at their funerals? I wish I were able to be present at the last rites of my colleague and a friend Ashok Desai who passed away in Mumbai this morning. It is just not good enough to be able to send WhatsApp messages to family, but that is life, for now. A more fitting tribute to Ashok Bhai as he was known will have to wait for the lifting of the lockdown.

As his former junior Pallav Sisodia said to me “Ashok Bhai passed away as an enlightened soul at home”. Despite our forced acceptance of ‘stay at home’, home is still the best place to live and to die. While Ashok Desai and I may have found ourselves on opposite sides of the line in court, most notably in the Phoolan Devi (Bandit Queen) case, I respected his commitment to human rights and the professional time he gave to this task in the court.

Professor Nandini Sunder reminds me that he worked for twelve long years on the Salwa Judum case, which is one of the best-written judgments of Justice B. Sudarshan Reddy (Retired). In this case, the Supreme Court had declared as illegal and unconstitutional the deployment of tribal youths as Special Police Officers either as ‘Koya Commandos’, Salwa Judum or any other force in the alleged fight against the Maoist insurgency.

Desai was the Attorney General for India in 1996 in H D Deve Gauda’s government. I have often felt that people are really tested when they demit office not when they are in office. In the office, he did his duty and after the demitting office, he went beyond the call of duty. He appeared in the challenge to criminalization of same-sex relationships (Section 377 of the IPC) and the challenge to Aadhaar cases as a pro bone.

Ashok Desai had stopped making regular appearances in court due to his illness. In the last few years of his like he was seen in courts only when appearing in pro bone cases, I assume for him, those were the best years of his life where his contribution for human rights was visible and made a tangible difference to us all.

A product of the Bombay Bar he was well connected with the legal profession. Gujratis in their own way has dominated the Bombay Bar along with Parsis. The bench and the bar both had a significant presence of Gujaratis. Ashok Desai was related to many such legal stalwarts. Late Atul Setalvard was a cousin and they were both related to the late Justice S K Desai, who alone form their clan took to the Bench.

While still a junior at the Bombay Bar and not belonging to the Gujarati or Parsi community, I watched him and his contemporaries with envy for the felicity of their expression, their mastery of law on the original side and was given the task of often briefing then as a solicitor with Mulla and Mulla. I suppose something of their Bombay style rubbed off on me. Justice S N Variava and Justice S P Bharucha were at the Bar with him as well as was Mr Fali Nariman. Once having shifted to Delhi there was no return to Bombay.

I know Ashok Desai in more ways than one; his wife was one of the Jawari sisters who popularized Manipuri dance long years ago and I was a frequent guest at their house in that connection.  Desai himself was a patron of the arts.

At times like this, I am reminded of the fact that his juniors loved him most not just for his legal guidance but also for his sense of humour, which kept them happy while busy. Many of his juniors told me “ Indu you must get to know Ashok Bhai’s sense of humour”. I was too busy at that time opposing him in several cases and had no time for such things, now it is too late.

Many of his age group has passed on, many from Mumbai a bar that once dominated the Supreme Court have passed on. The democratization of the bar has long been going on, the Supreme Court is now a surely all Indian bar thought still very upper class, and Desai lived to see those times very happily.

Young, old and both the bench and the bar loved him.