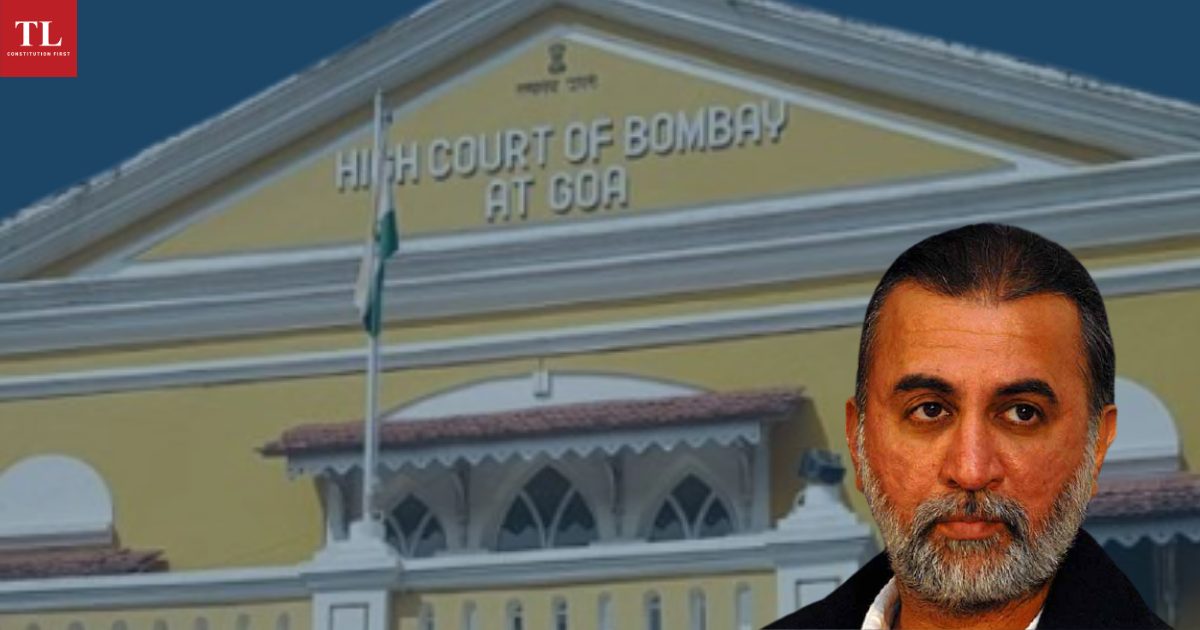 ON Saturday, a Bombay high court bench at Goa admitted the appeal filed by the Goa government against the acquittal of Tehelka magazine’s former editor-in-chief Tarun Tejpal, in a rape case. The bench observed that the reasoning reflected in the acquittal order requires deeper scrutiny and appreciation and the appeal raised arguable points.

A division bench of Justices  M. S. Sonak and R. N. Laddha passed the order to this effect on an application moved by the state government under section 378(3) of the Criminal Procedure Code[CrPC] seeking leave to appeal against the judgment of the sessions court acquitting Tejpal of offences under Sections 354 (assault or criminal force with intent to outrage modesty), 354A ((sexual harassment), 354B (assault or use of criminal force to woman with intent to disrobe),) 341 (wrongful restraint), 342 (wrongful confinement), 376 (2)(f) (person in a position of authority over women, committing rape) and 376(2)(k) (rape by person in position of control).

Granting the leave to the appeal, the high court opined that deeper scrutiny and reappreciation may be necessary of the evidence of Tejpal’s SMS, Whatsapp, and Email messages sent to the complainant.

“This examination, we believe, is essential for several reasons that need not be elaborated. Suffice to state that this evidence has to be evaluated from the context of corroboration of the victim’s testimony in the matter. Based on this evidence, perhaps, some of the learned Additional Sessions Judge’s inferences about the victim’s conduct may also need a revisit”, the division bench held.

The bench also rejected the preliminary objections raised by senior advocate Mihir Desai, on behalf of Tejpal, as to the maintainability of the appeal filed by the state government.  Desai sought to argue that there was no decision of the state government to direct the Public Prosecutor to institute the application/appeal. In addition, he argued, that the decision, if any, was a product of the non-application of mind and failure to take into account the relevant considerations. He pointed out that the acquittal judgment and order was pronounced on May 21, 2021, by merely declaring that Tejpal was acquitted of the offenses. Even before any copy or certified copy of impugned judgment and order running into almost 527 pages could be obtained by the State Government or its officers, this application was lodged in a hurry on May 24, 2021, Desai submitted.

Rejecting the submissions, the high court held that the appeal was signed by Additional Public Prosecutor, and hence, the contention about improper presentation could not be accepted. On the issue of whether the State Government had any decision to institute an application seeking leave to appeal, the high court found that it had indeed decided to institute this application/appeal.

“This decision is in the form of notings/endorsements in the files and below the note forwarded by the Advocate General, State of Goa. The decision is in the form of signatures/endorsements of the Chief Minister and other officials of the State Government. Therefore, it is futile to contend that there is no decision at all taken by the State Government to direct the Additional Public Prosecutor to institute/present this application”, the high court held.

Also read: The Tarun Tejpal Judgment was required to answer two simple questions but failed to do so

“The documented evidence running over 6000 pages was already available to the State Government. Even based upon the same, there is nothing wrong if the State Government believed that this acquittal was required to be tested before the High Court. At this stage, we are only concerned with the decision to institute an appeal or an application seeking leave to appeal against acquittal. Ultimately, whatever the perception or reasons that may have prompted the State Government to take such a decision, the High Court will have to determine whether any case is made out for grant of such leave and, consequently, for the entertainment of the appeal”, the high court held rejecting the arguments on the maintainability of the state’s appeal.

In her 527-page judgment delivered on May 21 last year, the Additional Sessions Judge, Kshama Joshi, said that the complainant’s actions such as “proactively” sending messages to the accused about her location in the aftermath of the alleged sexual assault did not support her “narrative of extreme implausibility”. The complainant had not exhibited any kind of “normative behaviour” such as trauma and shock which a victim of sexual assault might show, the judge opined.

Solicitor General(SG) Tushar Mehta appearing for the Goa government submitted that the trial court verdict showed a complete lack of sensitivity for crime against the women and a complete absence of knowledge on the subject. Mehta pointed out that during the cross-examinations, the trial judge remained a mute spectator and did not prevent the defence from asking questions that brazenly shamed the victim, Mehta said.

“We can’t make out whether the victim was on trial or the accused,” Mehta remarked. He also pointed out that the amendment to the Evidence Act in 2013 prohibits the defence from referring to the past sexual conduct or history of the victim.

This judgment also defines unfortunately what is the ideal conduct of the victim of sexual harassment during and after the harassment, Mehta argued.

Mehta, in particular, referred to page 292 of the judgment in which the trial court said, “this was a narrative of extreme implausibility” and that it was not possible to believe that the prosecutrix, a woman who is aware of laws, intelligent, alert, and yoga trainer would not ward off the accused if she was being pushed the wall, especially when she was facing him and especially when the accused was coming uncomfortably close to her in a private space.

Mehta also brought to the notice of the court the reference made by the trial judge regarding senior advocates Indira Jaising and Rebecca John. He said the victim approaching these two lawyers had gone against the victim.

“If the victim had come to me for my guidance, I would have told her to meet Ms Jaising and Ms John. John is an eminent lawyer on the criminal side. Ms Jaising is discarded (by the sessions judge) because she is a feminist. I am posing a question to myself from day one: whether being a feminist is a negative qualification in this country” Mehta said.