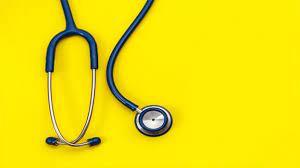 Global corruption loss in health sector is $455 billion a year

A working paper published by the International Monetary Fund on Friday titled ‘Patterns and Drivers of Health Spending Efficiency’ brings out the urgent need for countries across the world, especially low-income developing nations, to utilize their health budgets more efficiently in light of the demands placed by the pandemic, writes DR GYAN PATHAK.

DEMAND for ramping up health expenditures is at an all-time high, and therefore, countries need additional health resources not only for responding to the COVID-19 pandemic but also closing the gaps in achieving the Sustainable Development Goals [SDG] in health in most emerging and developing countries, and serving an ageing population, particularly in advanced economies. However, facing limited fiscal space for raising health spending, policymakers need to focus their attention on ensuring that resources are used efficiently.

The COVID-19 health emergency has raised global awareness that countries differ in their ability to respond to calls for additional health spending. In response to the demand for further health expenditures amidst the pandemic and reflecting differences in the availability of fiscal space, selected advanced economies [AEs] increased health expenditures by an average of 1.5 per cent of GDP in 2020, while a corresponding increase averaged 0.9 per cent of GDP both in emerging markets [EMs] and in low-income developing countries [LIDCs]. However, this level of budget boost compares unfavourably with the estimated additional health spending that still would be needed to combat the pandemic, including production and distribution of vaccines, treatments, and healthcare infrastructure, apart from putting a brake on corruption losses in the heath sector, which amounts to $455 billion a year across the world.

Low income developing countries and the Sub-Saharan African region, on the other hand, lose the most in terms of life expectancy due to their inefficient use of health resources: 8.2 and 10.5 life-years on average, respectively. The emerging markets along with Caucasus and Central Asia suffer the greatest waste of health resources – 1.4 and 1.9 per cent of their GDP respectively.

To accomplish the task effectively, an International Monetary Fund [IMF] working paper titled Patterns and Drivers of Health Spending Efficiency says that countries across the world need to considerably increase their health expenditure. It mentions an earlier IMF work that showed the LIDCs would need to increase, on an average, their annual health spending by 4.6 per cent of their respective GDPs by 2030 in order to meet the SDG3 on health, while the EMs require more modest increases.

The paper has found a positive correlation between health spending levels and health outcomes (life expectancy and composite index of health). An IMF calculation using the World Bank’s World Development Indicators (2020) has already suggested health spending levels’ inadequacy in countries across the world. Due to limited fiscal space and barriers to reallocate spending, the health spending efficiency becomes crucial, since inefficient spending results in poor outcomes or unnecessarily high outlays. Simply increasing public expenditure in the health sector may not yield the expected health outcomes if the efficiency of this spending is low, the paper emphasizes. Should improvements in efficiency not take place, the health spending required to reach SDG3 on health would be even larger. It was found that some countries achieve higher levels of output with same input level or the same outcome with less resources.

By using bias-corrected data envelopment analysis, the paper found that on average, AEs are the most efficient income group. LIDCs and the Sub-Saharan African region, on the other hand, lose the most in terms of life expectancy due to their inefficient use of health resources: 8.2 and 10.5 life-years on average, respectively. The EMs along with Caucasus and Central Asia suffer the greatest waste of health resources – 1.4 and 1.9 per cent of their GDP respectively.

Though the health systems of the vast majority of countries have become more efficient over a span of a decade (2007-17), with increase in spending and technological progress, much more is required to fill the vast gaps still existing. Given the significant cost of suboptimal spending in the sector, directing health funds more towards a universal health coverage of essential services [UHC] is important because it significantly raises the overall efficiency of health expenditures, in particular the EM and LIDC group of countries where baseline essential health services are relatively poor.

Given the significant cost of suboptimal spending in the sector, directing health funds more towards a universal health coverage of essential services is important because it significantly raises the overall efficiency of health expenditures.

Reallocating resources within the health sector so as to elevate countries’ UHC to their respective income group’s 75th percentile, the paper says, would increase LIDCs average life expectancy by 3.4 years, or alternatively enable them to save 0.37 per cent of their GDP without compromising life expectancy.

Effect of corruption and income inequality

Addressing overall income inequality and controlling corruption, says the paper, has an impact on stemming inefficiency, albeit a somewhat more modest one than moving towards UHC. For example, improving LIDCs’ Gini coefficient to the 75th percentile (with the 100th percentile defined as the most equal country) of this income group will increase life expectancy by 2.1 years, and increasing EMs’ control-of-corruption index to the group’s 75th percentile will enable countries to save 0.27 per cent of GDP in health spending while maintaining the same health outcomes.

The paper also explores some of the key drivers of efficiency, and finds that lower income inequality, less corruption and health interventions oriented at expanding population access to basic health services are associated with greater efficiency. It says that coverage of the population with essential health care, consisting of a minimum, core package including prevention, treatment and rehabilitation services that can be progressively expanded, can be highly cost effective in addressing the most significant causes of illness and health. As such, allocating a relatively larger share of medical resources to such essential coverage may contribute to achieving greater life expectancy for a given envelop of total health expenditure.

Economic inequality may also inhibit the effective conversion of financial resources allocated to the health sector into higher life expectancy. More unequal distribution translates to a greater share of poor people, and the livelihood, residential, and other options of poorer populations may make them more susceptible to illness, injury, and shortened lives. Therefore, the paper emphasizes on effectively tackling inequality.

The study has found vast evidence on the corrosive effects of poor governance and corruption on efficiency in service provision, which in turn hampers growth and development. In the health sector in particular, an estimated $455 billion of healthcare expenditure worldwide was lost globally year to corruption in 2018. The complexity of healthcare systems, diversity of actors involved, and various points of asymmetric information increases multiple types of corrupt opportunities in healthcare. Special interests may, legally or illegally, provide public actors rewards for redirecting public healthcare funds in ways that contravene both equitable and efficient health resources. As the poor are less able to pay bribes to get needed treatments, affordable care is more likely to not be provided to disadvantaged groups when corruption is widespread.

In the health sector in particular, an estimated $455 billion of healthcare expenditure worldwide was lost globally year to corruption in 2018.

Higher education can enhance the attainment of health outcomes with even lower levels of spending, as it increases health-supportive individual behaviours including in preventive care services that would reduce the incidence of disease. Thus greater investment in education is imperative, the paper finds.

Finally, the paper emphasized, an increase in GDP per capita could have an impact on efficiency, such as water safety and sanitation. (IPA Service)