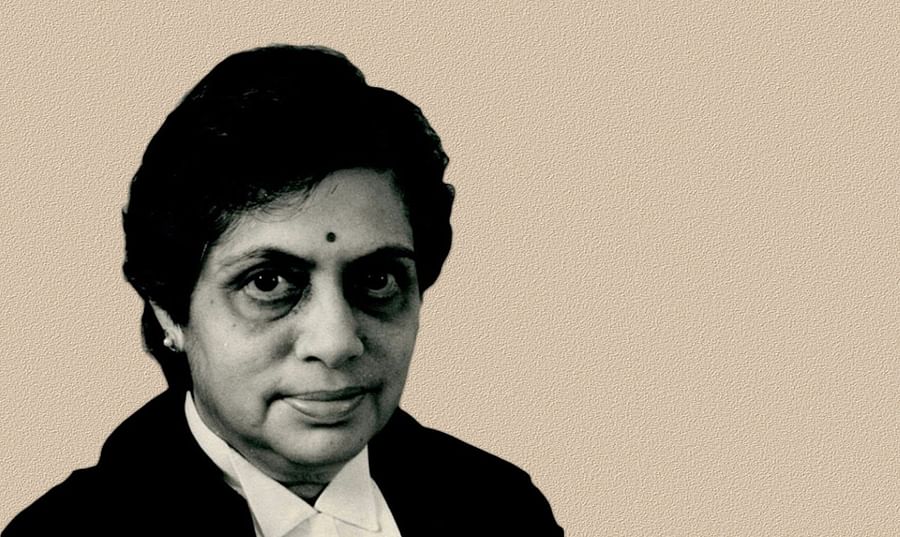 FORMER Supreme Court Judge Sujata Manohar was awarded the Ruth Bader Ginsburg Medal of Honour earlier this week. The award ceremony usually held in Spain by the World Jurist Association and the World Law Association was presented to her virtually, reported Times of India.

Justice Ginsburg was the first Jewish woman and the second woman to serve the US Supreme Court from 1993 until her death in September 2020. She was appointed to the court by former US President Bill Clinton. She spent much of her legal career working for women’s rights and gender equality.

Justice Manohar served as the judge of the apex court of India from 08.1.1994 to  27.08.1999. She also served as the Chief Justice of the Kerala High Court prior to her elevation to the Supreme Court.

Also Read: Will India ever have a Ruth Bader Ginsburg? – TheLeaflet

Justice Manohar at her felicitation at the Bombay Bar Association(BBA) said, “The most important question before India, however, remains the question of sex discrimination practiced as a result of customary laws, cultural norms, and personal laws based on religion, especially by the minorities. The Supreme Court has taken the view that this kind of discrimination can be removed only through legislation. It is, therefore, necessary that proper leadership and support is given to those who are affected by such discrimination to voice their grievances and bring changes in discriminatory laws.”

The last time she met Justice Ginsburg when she was made an honorary bencher in Lincoln’s inn, a society of barristers, situated in Central London. Missing her presence, Justice Manohar said that she was always gracious and friendly to her.

The BBA chief Nitin Thakkar quoting judge Ginsburg said, “Women belong in all places where decisions are being made. It shouldn’t be that women are exceptions.”

BBA Vice-President Birendra Saraf said, “What Ruth Ginsburg was to the US, Justice Manohar is to India. She is an aspiration not just to women lawyers but for women in any field to strive for and succeed, in the face of odds.”

Citing the World Health Statistics Report 2021, Justice Manohar said that it shows the “gender inequality” of women’s lives as they age. She further said that about 70 percent of the worlds poor are women.

The World Jurist Association was founded in 1963 in the US with a mission to govern the world by the rule of law. It is a non-governmental organisation present in 85 countries with a special consultative status in the United Nation. The World Law Foundation came into being after the Madrid Declaration 2019 hosted by the World Law Congress.

She is the first Indian jurist to be awarded this prestigious award.