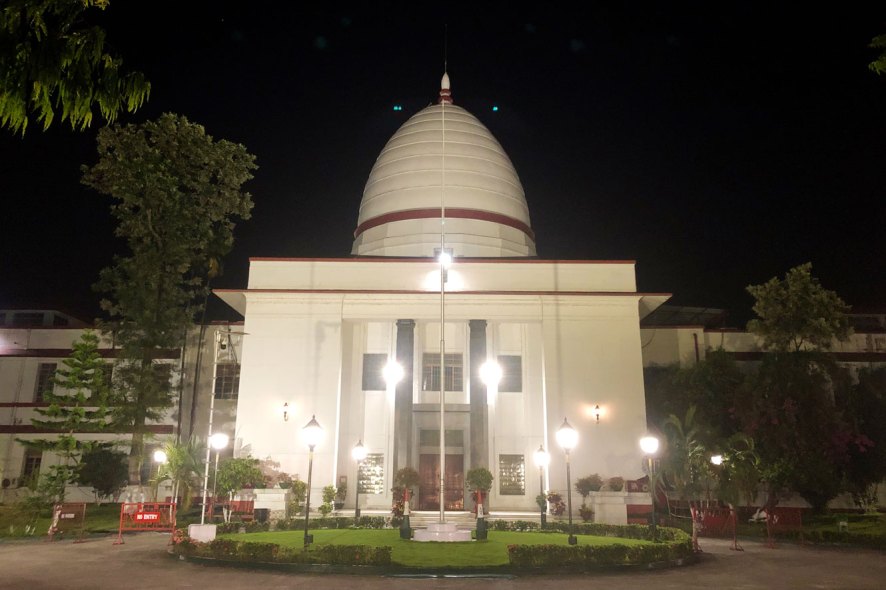 Gauhati High Court.
Democracy and Rule of LawHuman RightsRight to LifeRule of Law

The Leaflet·January 3, 2022
Home
Due Process
Democracy and Rule of Law

THE Gauhati High Court on Monday called upon the Advocate General (AG) of Assam to apprise it of the alleged human rights violations in the State on account of encounter deaths since May last year.

A division bench of Chief Justice Sudhanshu Dhulia and Justice Soumitra Saikia told the AG Devajit Lon Saikia to inform the court of the progress made in the cases of encounter referred to by the State Human Rights Commission in its order on July 7, 2021 whereby it took suo motu cognizance of the alleged encounter killings and had issued notice in the matter.

The Bench also took judicial notice of a killing of a boy in the Sivasagar district of Assam. It directed the listing of the matter on January 11.

The state government’s top law officer sought to submit that five policemen of the state government were killed but nobody is talking about their human rights violation. “Our police has shown utmost patience and perseverance”, the AG submitted. Apparently, he was referring to the violent clashes that erupted at the Assam-Mizoram border last year in which five personnel of the Assam police lost their lives. The court said it was totally a different issue as it involved a dispute between two neighbouring states.

The High Court was hearing a public interest litigation (PIL) filed by Arif Jwadder, who is a Delhi-based advocate and an inhabitant of Assam, seeking an independent probe under the supervision of the High Court into the encounter killings in Assam. Besides, he has sought registration of First Information Reports (FIRs) into the killings of alleged criminals under Section 302 of the Indian Penal Code (IPC). Besides, he seeks the constitution of Human Rights Courts in the state as mandated under Section 30 of the Protection of Human Rights Act, 1993.

Appearing for the petitioner, Senior Advocate Indira Jaising argued that the PIL raised an issue of public importance viz. rule of law in the state. She submitted that in view of the gravity of the matter, the State Human Rights Commission also took suo motu cognizance but no substantive progress has been made in the probe into the ‘fake encounters’ cases. Referring to the Supreme Court’s judgment in PUCL vs. The State of Maharashtra (2014), Jaising argued that the Supreme Court judgment mandated registration of the FIR into each encounter killing, and that the state government must inform the high court whether it duly complied with the Supreme Court’s guidelines.

After hearing Jaising, the bench asked the AG to get instructions in the matter and apprise the court whether the FIRs have been lodged.

In his petition, Jwadder has argued that since May 2021 when the state government led by new Chief Minister Himanta Biswa Sarma came to be formed, the Assam police have been on an “encounter spree”, shooting and killing alleged accused with no criminal records.

“The modus operandi for every such encounter has been the same, in which the alleged accused tries to flee from the police custody, snatching a service revolver of the police official and for self defense, the police officer retaliates and shoots”, the petition reads.

Jwadder has contended that as per media reports, more than 80 police encounters have taken place since May last year, out of which 28 people have been killed and 48 injured in such “fake encounters”. All the victims were unarmed and handcuffed at the time of the encounters. He has submitted that the encounter killings raise the issue of violations of the rule of law, and equality before law and equal protection of laws.

Earlier last year, Jwadder had complained to the National Human Rights Commission (NHRC), urging it to take cognizance and inquire into the fake encounters. The complaint was acknowledged and diarized on July 16, 2021, but no action was taken by NHRC. Only after the petitioner filed an application on August 16, 2021, under the Right to Information Act, 2005 seeking information on the action taken on his email complaint, did the NHRC take cognizance of the complaint and asked for an Action Taken Report (ATR) from the Assam Police on September 14, 2021.

On the other hand, the Assam Human Rights Commission (AHRC), according to media reports, had taken suo motu cognizance of the fake encounters and had sent notice to the Assam Home Department for a response, giving time till August 17, 2021, which the Assam government failed to adhere to. Jwadder is critical of both the NHRC and the AHRC for failing to fulfil their obligations to probe fake encounter deaths.