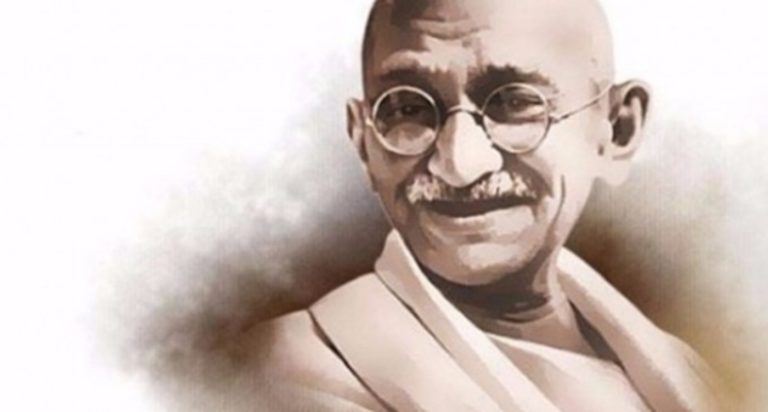 Democracy and Rule of LawOpinion

Gandhi’s experiments with non-violence and mediation

Saaket Jain·October 2, 2020
Home
Due Process
Democracy and Rule of Law

The year 2020 has witnessed events after events that have left us flummoxed. On Gandhi Jayanti, SAAKET JAIN recalls the essence of non-violence and peace as paths to help us navigate through these tough times.

A year ago, I witnessed a Public Interest Litigation (PIL) filed at Supreme Court to stop the release of a Bollywood movie called ‘War’ that was set to be released on October 2, as it ‘ought to be a violent movie’ clashing with the ‘day of peace’-Gandhi Jayanti! In all its humility, the court allowed the petitioner to state the cost to be imposed for filing such a petition and, finally, as a gesture of peace, allowed him to withdraw the petition.

October 2, International Day of Non-Violence has some special significance for our country.

It’s a day when we celebrate the birth anniversary of our father of the nation. Apart from being known for inculcating cherished values of Ahimsa, Satyagraha and non-violence among people during our freedom movement, Gandhi was a religious humanist who always stood for the truth.

He said that people need to know these not merely through the intellect “but know them through the heart so as to avoid them”.

The Court responded that Mahatma Gandhi is much higher than the Bharat Ratna.

Justice Rohinton F. Nariman, in one of his lectures, calls Mahatma Gandhi a mediation expert.

According to him Gandhi directly and successfully attacked discrimination practised for thousands of years in the form of untouchability. He used his mediation skills to stop riots and foster Hindu- Muslim unity but may not have been completely successful since he couldn’t be everywhere. Lastly, he used his mediation skills to throw out the Britishers by using purely non-violent means. His main mediation technique was in reciting Bhagavad Gita, Quran and Old Testament in his daily prayer meet.

People took home the message that there is no difference in the ethical part of any religion, as no religion tells you to be greedy or to do bad!

What should be the actual tribute to our father of the nation on his birth anniversary?

It should be an attempt to practice what he propagated.

But, isn’t ahimsa the same as non violence? Does choosing the path of ahimsa and non-violence only mean that one should not be indulged in any kind of violence?

His main mediation technique was in reciting Bhagavad Gita, Quran and Old Testament in his daily prayer meet.

Actually, it has much more to it. Generally, ahimsa means non-violence but in Gandhi’s own words, “It has much higher, infinitely higher meaning. It means that you may not offend anybody; you may not harbour uncharitable thought, even in connection with those who consider your enemies. To one who follows this doctrine, there are no enemies”.

Notwithstanding the law of the land, let’s test the application of Gandhian principles in events around us. Can ahimsa, non-violence and peace ever act as deterrents?

The world is grappling with the deadly COVID-19 epidemic, with India alone dealing with around six million cases. This virus has taken a toll on our life thereby harming us physically, affecting us mentally and draining us financially. Frustration looms large like never before. So then, can Gandhian intervention be of any help?

In Jainism, on the last day of Paryushana, a festival called Samvatsari ( day of forgiveness) is celebrated. Jains recite Micchhami Dukkadam with folded hands, to forgive and seek forgiveness for their mistakes committed knowingly or unknowingly from all the living beings.

For once we can try emulating this principle so that our frustration gets channelised into something meaningful other than finding ways of violating our preventive detention order.

Everything these days is sensational and breaking news until the truth comes out.

Debates these days start with a conclusion, like your Chartered Accountant asking you how much income is to be shown, so that expenses may be put accordingly. Many ‘innocent till proven guilty’ souls are being defamed and stripped of their dignity on a daily basis. For some of these anchors, the reasonable restrictions amount to shutting one out of the debate for holding an alternate viewpoint.

Steven Youngblood in his article titled Peace Journalism cites a definition of Peace Journalism by Dr. Jake Lynch and Annabel McGoldrick, in their groundbreaking book Peace Journalism as, “when editors and reporters make choices – of what to report, and how to report it – that create opportunities for society at large to consider and value non-violent responses to conflict.” Also, it is not, according to the Center for Global Peace Journalism and Lynch, open advocacy for peace. Instead, Peace Journalism is about, in Lynch’s words, “giving peace a chance.”

If it sounds Utopian, then we can also contribute our bit by not watching such news programmes and staying peacefully uninformed instead.

Our journalists and TV Anchors should also try giving peace a chance. With introspection in this direction, they might shed off their self-styled arrogance and free themselves from the job of getting justice. If it sounds Utopian, then we can also contribute our bit by not watching such news programmes and staying peacefully uninformed instead.

Countries can recover from the ill-effects of government scams or corruption, but a nation falling prey to communalism will never be able to recover in true sense.

Mahatama Gandhi had fixed March 5, 1919, a day of All-India protest against the Rowlatt Act. He had prescribed that the masses attending the meetings should take a vow in the following terms: “With God as a witness, we Hindus, and Mahomedans declare that we shall behave towards one another as children of the same parents, that we shall have no differences, that the sorrows of each shall be the sorrows of the other and that each shall help the other in removing them. We shall respect each other’s religion and religious feelings and shall not stand in the way of our respective religious practices. We shall always refrain from violence to each other in the name of religion.”

Countries can recover from the ill-effects of government scams or corruption, but a nation falling prey to communalism will never be able to recover in true sense.

It is most unfortunate that leaders themselves bring communal tendencies to promote hatred. It is the people of this country who should take responsibility, stand by their secular values and refuse to vote on the basis of religion.

No matter what, we always have to preserve our unity by being rational enough to discard what is prejudicial to our national interest, and happily acquiesce to what actually promotes brotherhood and fraternity.

Debate, Discussion, and Dissent are essential parts of democracy.

Dissent is the bedrock of any working democracy. Seeing through the Gandhian prism, dissent might actually bring out the best in the Government against whom the right to dissent is being exercised.

It is the people of this country who should take responsibility, stand by their secular values and refuse to vote on the basis of religion.

Justice D Y Chandrachud, recently in his speech said, “The attack on dissent strikes at the heart of a dialogue-based democratic society and hence, a state is required to ensure that it deploys its machinery to protect the freedom of speech and expression within the bounds of law, and dismantle any attempt to instill fear or curb free speech.”

Gandhi, according to Rajmohan Gandhi, was the champion of the right to dissent. When the Congress meeting in Mumbai voted overwhelmingly in favour of his Quit India call, Gandhi took care to stress on the importance of dissent. In his speech following the vote, Gandhi started with the dissenters: “I congratulate the 13 friends who voted against the resolution.”

Seeing through the Gandhian prism, dissent might actually bring out the best in the Government against whom the right to dissent is being exercised.

The idea is to preserve these values derived from our national movement and imbibe them in our daily lives. The biggest tribute to him is not in remembering him as Father of the Nation but rather seeing his face every time a currency note is used for some unethical purpose. We must remember what he actually stood for.