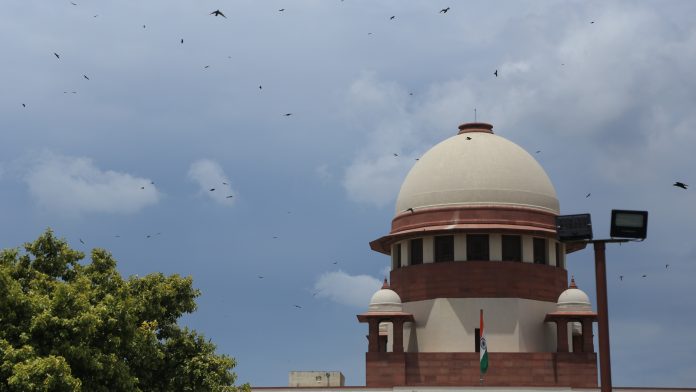 A group of former civil servants have sought an audience from the Supreme Court in a matter of the right to free speech and the need for a debate on the standards of self-regulation by the media, following Sudarshan TV’s show on the ‘infiltration’ of Muslims in the civil services.

To this effect, the applicants have moved an intervention application in the matter of Firoz Iqbal Khan v. Union of India in which the Supreme Court on August 28 while refusing to grant a stay on the TV show had observed that the petition raised significant issues bearing on the protection of constitutional rights.

“Consistent with the fundamental right to free speech and expression, the Court will need to foster a considered a debate on the setting up of standards of self- regulation. Together with free speech, there are other constitutional values which need to be balanced and preserved including the fundamental right to equality and fair treatment for every segment of citizens”, the court had said.

Khan had sought a ban on the Sudarshan TV show because, in his opinion, it was derogatory to a particular community and had the potential to be divisive. He added that the clip contained statements, which were derogatory of the entry of Muslims in the civil services.

The seven retired civil servants through Advocate-on-Record Anas Tanwir have now sought to intervene in Firoz Khan’s matter in order to assist the Court in arriving at a just balance between the freedom of speech and the right of all citizens to equal concern and respect under the Indian Constitution.

In their plea, the applicants state that it is important that the Court gives an authoritative ruling as was done in the case of Section 124A of the IPC, to set out the scope and meaning of “hate speech”, so citizens, implementing authorities, and courts of the first instance receive clarity on speech that is protected, and speech that falls outside the scope of protection.

“Penal provisions such as Articles 153A and B of the Indian Penal Code address the issue of hate speech. However, their application has been uneven, and in many cases, these provisions are applied in a manner that is inconsistent with the guarantees under Article 19(1)(a)”, the application states.

The interpretive task, the applicants say, before the Court, is to distinguish between speech that is merely offensive, indecorous, or in bad taste (and therefore covered by Article 19(1)(a)), and hate speech, that is rightly penalized by Articles 153A (Promoting enmity between different groups on grounds of religion, race, place of birth, residence, language, etc., and doing acts prejudicial to maintenance of harmony) and 153B (Imputations, assertions prejudicial to national-integration.) and the other provisions.

They have framed the following propositions for the consideration of the Court:

In order to parse the distinction between offensive speech and hate speech, the applicants have urged the Court to take into consideration the following examples-

The application has been drawn by advocate Gautam Bhatia.