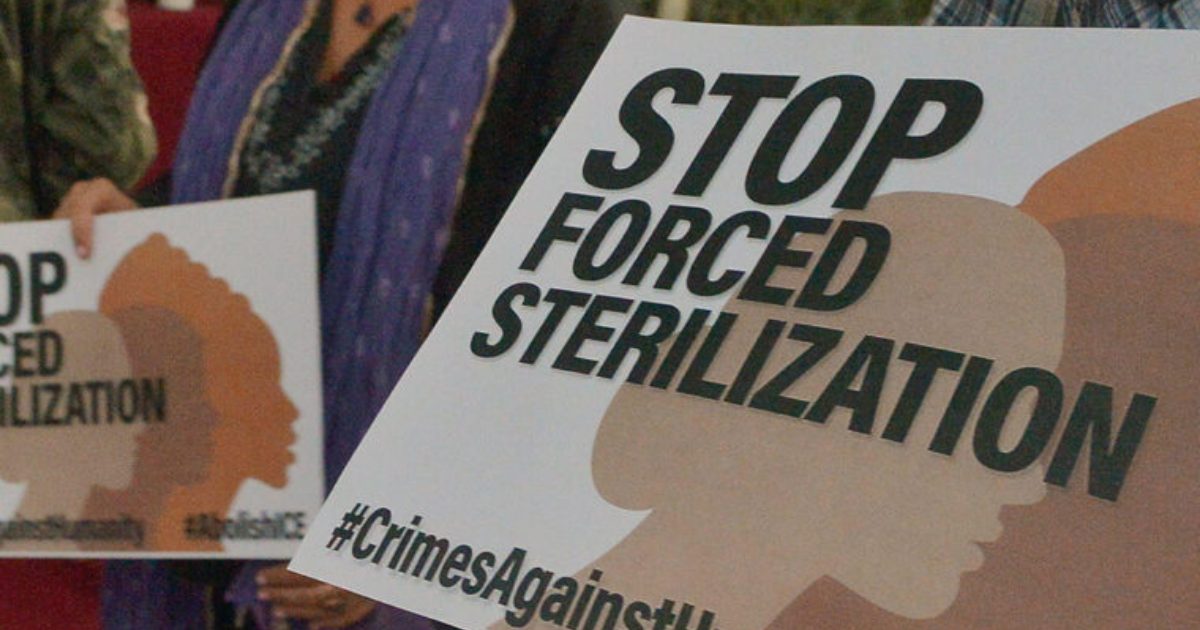 Forced sterilisation on women and girls with disabilities is against law

Despite laws, there are instances of forced sterilisations in India on women and girls with disabilities and the reason given is menstrual hygiene management and fear of rape-resultant pregnancy. But by doing so, healthcare professionals violate the fundamental human rights and equality of these women as guaranteed by the Constitution. It is time to criminalise forced sterilisations on women and girls with disabilities as that would start preliminary protection in law from both state and private acts, writes ALMAS SHAIKH.

THE news of Britney Spears’ conservatorship ruling has brought forth an important aspect of sexual and reproductive health of women and girls with disabilities (WWD) — that of intersectional discrimination.

From an Indian perspective, the overlapping issues of gender, reproductive and disability rights in the legal system do not provide sufficient and discernible protection. Forced sterilisation is a reality that many WWD face.

In 1994, reports of hysterectomies carried out on WWD raised a storm. India Today reported that in many cases, this was a joint decision taken by the Maharashtra government, doctors and healthcare providers along with the families of the WWD. Conspicuously, there was no discourse on the rights of WWD’s need for consent on issues which affected their sexual and reproductive health. Instead, one of the doctors stated that “hysterectomy is an accepted form of treatment in such cases”.

A decade later, in 2005, a report by Oxfam Trust surveyed 729 WWD and tried to study the complex issue of sterilisation and reproductive health of disabled women. It tried to bring to limelight the deplorable condition in which intellectually disabled women live at home.

In 2011, Human Rights Watch published a briefing paper on “Sterilisation of Women and Girls with Disabilities”. It analysed the arguments favouring forced sterilisation which claimed that it was in the “best interest” of WWD. It concluded that sterilisation had little to do with their rights and more to do with social factors such as avoiding inconvenience to caregivers, lack of adequate measures to protect them against sexual abuse and exploitation and lack of appropriate services to support WWD in their decision to become parents.

In 2017, the Special Rapporteur on the Rights of Persons with Disabilities, Catalina Devandas, stressed that one could no longer ignore the widespread practices of forced sterilisation, abortion and  contraception inflicted on girls and young women with disabilities around the world.

The UN has recognised forced sterilisation of persons with disabilities as torture, irrespective of its legal nature in many countries. Forced sterilisation constitutes gross human rights violations and is part of systemic violence inflicted upon WWD.

Additionally, enforced sterilisation is classified as a crime against humanity under the Rome Statute of the International Criminal Court.

These statutes have been brought into place to comply with India’s obligations after ratifying the Convention on the Rights of Persons with Disabilities (CRPD).

Article 16 (1) of the CRPD makes State parties liable to take all appropriate legislative, administrative, social, educational and other measures to protect persons with disabilities, both within and outside the home, from all forms of exploitation, violence and abuse, including their gender-based aspects.

Additionally, Article 23 (1)(b) asks State parties to uphold the rights of persons with disabilities to decide freely and responsibly on the number and spacing of their children and to have access to age-appropriate information. Reproductive and family planning education are recognised, and the means necessary to enable them to exercise these rights are provided. Article 23, thereby provides the autonomy for a woman with a disability to decide whether she would want to give birth. Through this, it is clear that forced sterilisations are not allowed under international law.

By ratifying CRPD, India is obligated to take gender-based approaches in terms of protection of persons with disabilities from all forms of exploitation.

Section 4 (1) of the RPWD Act states that the appropriate government and the local authorities shall take measures to ensure that the women and children with disabilities enjoy their rights equally with others. Section 25 puts the onus of providing sexual and reproductive healthcare, especially for women with disability on the government and local authorities. While there is no explicit mention of forced sterilisation as a crime, Section 92 (f) provides punishment for termination of pregnancy without consent.

On the other hand, the Mental Healthcare Act, 2017, specifically provides protection against forced sterilisations. Under Section 95 of the Act, sterilisation of men or women, when such sterilisation is intended as a treatment for mental illness, is categorised as a prohibited procedure.

While express protection against forced sterilisations is available for women with intellectual disabilities under the Mental Healthcare Act, the same amount of protection must be extended to all WWD.

Despite the laws, there are instances of forced sterilisations in India. The reason is usually cited as difficulties in menstrual hygiene management for such girls and fear of rape-resultant pregnancy.

In all these scenarios, the duty of care is on the state to provide protection.

However, more often than not, forced sterilisations are decisions taken by medical practitioners, legal guardians and other private non-state entities, which largely go unchecked.

All parties who are involved in the life of a WWD, be it doctors, caretakers or local authorities, must act in their best interest. Forced sterilisations are not in the best interest of WWD. By carrying out the sterilisations, healthcare professionals violate the fundamental human rights of girls with disabilities by overriding their freedom and capacity to make their own decisions about sexuality and reproduction.

The Supreme Court of India in Suchita Srivastava & Anr v. Chandigarh Administration (2009) laid down the theory of best interest test to be applied in situations of reproductive health of persons with disabilities. The judgment states that the best interest test requires the court to ascertain the course of action which would be in the best interests of the person in question.

This could be undertaken through a careful inquiry of the medical opinion on the feasibility of the pregnancy as well as social circumstances faced by the victim. The said decision should be guided by the interests of the victim alone and not those of stakeholders such as guardians or society in general.

While it is evident that the woman in question will need care and assistance, which will, in turn, entail some costs, the Supreme Court held that this cannot be a ground for denying the exercise of reproductive rights.

The judgment also observed that forced sterilisations are in violation of the equality as guaranteed by the Indian Constitution. It states that “persons who are found to be in a condition of borderline, mild or moderate mental retardation are capable of being good parents.

Empirical studies have conclusively disproved the eugenics theory that mental defects are likely to be passed on to the next generation. The said `Eugenics theory‘ has been used in the past to perform forcible sterilisations and abortions on mentally retarded persons. We firmly believe that such measures are anti-democratic and violative of the guarantee of `equal protection before the law’ as laid down in Article 14 of our Constitution”.

India has a dark history of state-sponsored population control, often with eugenic aims, targeting the poor and underprivileged. This is extended to women and girls with disabilities and situates their existence on the focal point of disability. This is especially true in communities where a lack of awareness on disability rights and disability justice exists.

Sometimes, community attitudes about a disability are a bigger problem for WWD than the limitations on activities. Forced sterilisations are often a part of such communities where the identity of her as a disabled woman overshadows her identity as a woman and a human.

Implementation of the rights of WWD requires support, awareness and advocacy around sexual and reproductive health. This should be directed not only towards persons with disability but also towards their caregivers.

As many of the daily tasks are influenced by the caregiver, there is a strong need for the cultivation of an ecosystem that accounts for their control over the WWD, but also caters to their own needs, thereby fostering overall growth for the WWD based on rights. Free or affordable healthcare should be a guaranteed promise towards realising the complete sexual and reproductive health of WWD.

Criminalising forced sterilisations explicitly would start preliminary protection in law from both state and private acts.

Larger discussions and societal changes are needed to bring about sweeping changes. A shift from the disability rights approach, which still works within the ableist social structure, to an inclusive disability justice movement in India is necessary. Moving beyond the disability rights movement, we must focus on an inclusive policy that challenges systems of oppression, including ableism, casteism, sexism, class and homophobia in India.

(Almas Shaikh is a human rights lawyer based in Bengaluru, with experience in the intersectionality of gender rights. The views expressed are personal.)