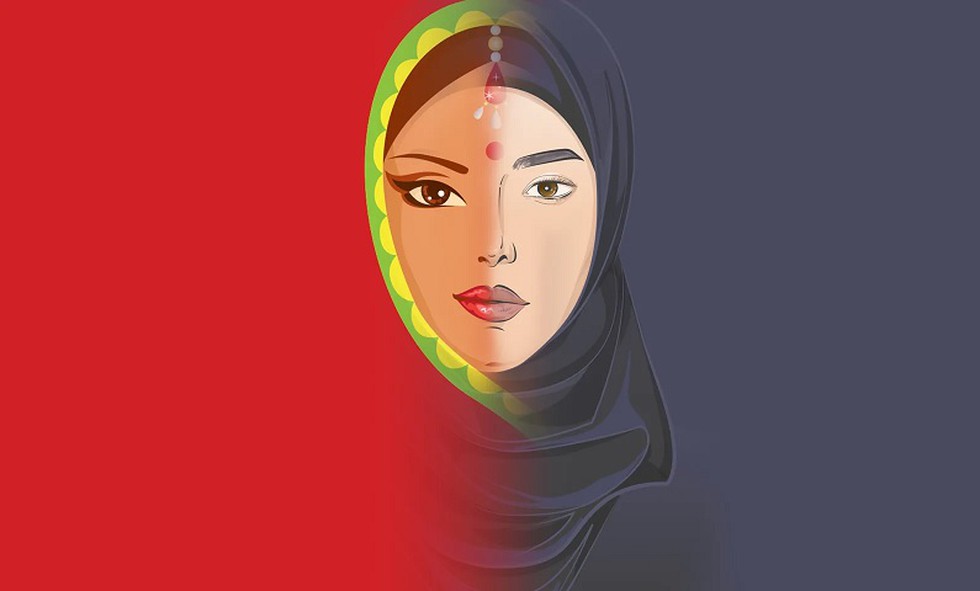 A recently-released report by a fact-finding team which inquired into the first case booked under Gujarat’s recent ‘love jihad’ law that was later partially stayed by the Gujarat High Court, reveals the breath-taking disparity between the actual complaint of the victim and the trumped up charges that the Gujarat Police seemingly made up in its FIR in the matter, writes HRISHIKESH REDDY KOTHWAL.

THE Gujarat Government recently amended the 2003 Gujarat Freedom of Religion Act. This amendment brings the 2003 legislation in line with a similar law enacted by the Uttar Pradesh Government. The law, under the guise of seeking to curb “forceful conversions”, essentially regulates inter-faith marriages.

Earlier in August, a Division Bench of the Gujarat High Court comprising Chief Justice Vikram Nath and Justice Biren Vaishnav granted an interim stay on certain provisions of the amendment that interfered with interfaith marriages.

Just two days after the new amendment had been enacted in June 2021, the first case was filed under the new law. The case was one of alleged forceful conversion and marriage of Priya (name changed), by a Muslim man Sameer Qureshi in Vadodara. What is interesting about this case is the fact that, while the FIR of the police mentions that Priya was forcefully converted, forcefully aborted, raped and was forcefully married by Qureshi, the affidavit filed by Priya in court mentions that she converted and married Sameer voluntarily.

To find out the real facts of the case, a fact finding team composed of local social activists was sent to Vadodara by the NGO Buniyad. The team released a report earlier this month detailing its findings.

Also read: Analysing the amendments to the Gujarat Freedom of Religion Act in light of the recent High Court stay on certain Sections

Police’s version as per FIR

Vadodara, which is one of the major cities of Gujarat, has recently become infamous as a hotbed for communal politics and riots.

Priya, aged 25 years, is Dalit, and Qureshi, aged 21 years, belongs to the Muslim community. The FIR alleges that Qureshi used a fake identity as a Christian to befriend Priya. It alleges that he forcefully had anal and oral sex with her and harassed her by clicking nude pictures of her. Furthermore, it alleges that Priya was asked to go through abortion forcefully thrice, two times via oral pills and once by a medical procedure in a hospital. The FIR mentions that thereafter, he forcefully converted her religion and married her. After the marriage, Priya, who was now Shabnam, was not allowed to follow her religion, and casteist slurs were passed against her by her in-laws when she refused to practice Islam.

Priya filed an affidavit before court dated June 24, 2021. Through it, Priya claims that the facts are vastly different from what is mentioned in the FIR.

She claims that Qureshi did not contact her with a fake identity, and she always knew he was a Muslim. She claims that they met through Instagram, and that led to a love affair. She claims that she had a consensual sexual relationship with Qureshi, and it was in no way forced. She admits that she got pregnant and got abortions twice, but with her own consent. She categorically refuted the allegations that Qureshi raped her, took inappropriate photos of her and threatened to leak them. She called these allegations utter lies in the affidavit, and clearly states that she didn’t make any of these allegations in the FIR filed by the police.

Priya maintains that even her family was aware of Qureshi’s religion, and that both got married in front of their families with their blessings. They first performed nikah, and then got married in court under the Special Marriage Act. In fact, her parents signed as witnesses in the court.

Priya, in her affidavit, refuted the claims that she was ill treated by her in-laws. However, due to them belonging to different religions, there were some cultural differences that arose between them. These differences led to arguments and quarrels. She claims that after this, she went back to her parents’ place, and filed a police complaint against Qureshi for mental and physical abuse; this, she maintains, is the only reason she filed the complaint, and not due to any forceful conversion.

In fact, Priya states that she still loves her husband and would like to go back with him. She urged the police to withdraw the charges in the FIR against Sameer and his family. However the local court rejected Qureshi’s bail application on July 5. Priya has now approached the High Court to quash the FIR.

Their marriage certificate states that they got married under the Special Marriage Act on March 22, 2021 and nikah was performed on February 16, 2021. The nikah certificate also mentioned Priya’s changed name. A written agreement between Qureshi and Priya dated February 8, 2021 states that they are marrying each other out of their own will. It states that Priya knows fully well that Sameer is a Muslim, and that they have been in love from two years. The agreement was signed by Priya’s father and Qureshi’s mother as witnesses.

Another affidavit dated February 19, 2021 states that Priya got married with Muslim rituals with Sameer in the presence of elders of the community at Gorva, Vadodara on February 16, 2021. It also states that this was done without any pressure or force.

An agreement between Priya’s father and some Muslim community leaders, made on April 3, 2021, states that Priya got married with Muslim rituals without any pressure, she had relations with Qureshi for two years, and that there was no pressure or threat from the other side for conversion. She is a mature and educated girl and took her own decision with her choice, as per the document.

Findings of the report

The affidavits filed by Priya clearly show that most of the charges in the FIR are fabricated. Priya went to the police station only to file a complaint against her husband for physical and mental abuse, and therefore it is a case of domestic violence and not “love jihad”.

The news of this case being the “first love jihad case” was published in the headlines of many mainstream newspapers, but when Priya filed her affidavit, this was not given adequate news coverage. This, according to the report, points towards the biased coverage of the media, for it gave a communal hue to the case. The nexus of the State, media and Hindutva forces strengthens such discriminatory narratives, warns the report.

The Gujarat Freedom of Religion Amendment Bill came into force on June 15. The case was filed only two days later. However, the time of offence in the FIR was mentioned as June 2019, which means that the law was applied retrospectively. This is prohibited by Article 20(1) of the Indian Constitution.

The state government seems to have no data on the number of cases of “love jihad” in the state. There is no data to support the claims of “love jihad”, and fabrications such as the sort seen in this case seem to be an effort to create such data out of thin air.

The Hindu Jagran Manch, a Hindu activist group, was strongly involved in this case. Neeraj Jain from the Manch, one of the accused in the Khambhat riots of last year, has been actively pursuing the case against Qureshi. This, according to the report, indicates the impunity that Hindu supremacist organizations seem to enjoy, as well as their involvement in fabricating such fake cases to spread their deceitful love jihad campaign.

The report concludes that the whole propaganda of “love jihad” promotes not only Islamophobia, but also a patriarchal mindset and attitudes which believe that women are not capable of making their own choices in life. This narrative is deliberately promoted to infantilize women and consolidate control over sexuality of women. This point should be at the forefront of larger debates related to such laws.