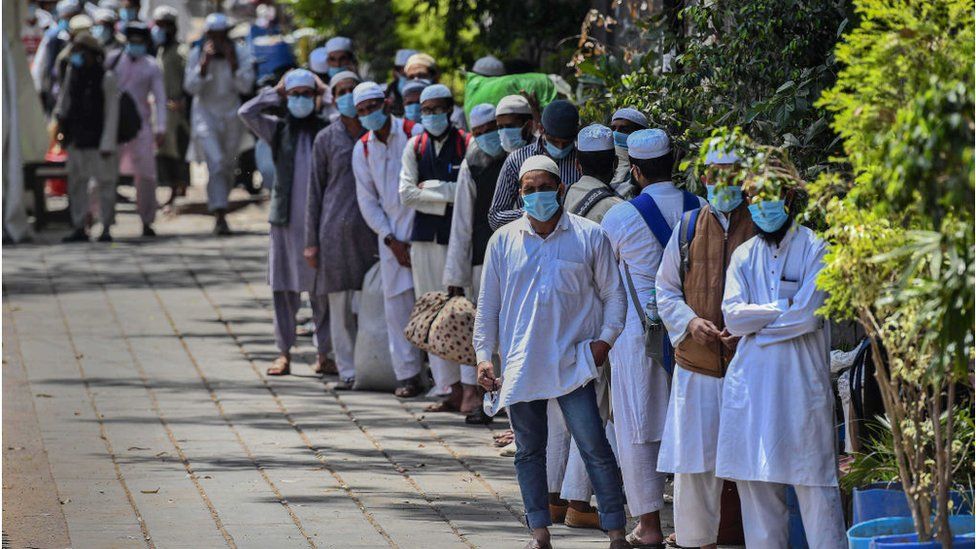 The neo-conservative and reactionary organisation of Muslim clergy challenges majoritarian bias with a legal battle in the Supreme Court against the media’s portrayal of the Tablighi Jamaat event in New Delhi last year when the pandemic had struck. It promises to become a landmark case, writes PARSA VENKATESHWAR RAO Jr.

FOR nearly a year now, Jamiat Ulema-e-Hind, a neo-conservative, neo-orthodox Muslim organisation of Muslim clergy has been fighting a legal battle against a section of media’s portrayal of the Tablighi Jamaat event last March.  Yes, there is no room for clergy as such in Islam but the class of priests and religious scholars evolved over the centuries and one cannot pretend that it does not exist. They are the ones putting up a fight.

The case is being heard in the Supreme Court and it has gone through interesting stages of arguments and counter-arguments. It is certain to emerge as an important case-study in the future. This matter pertaining to the communalization of the Tablighi Jamaat event by the media is currently pending adjudication by the Court.

There are two issues here. One, the Jamiat’s legal battle and its significance. The other is the legal battle itself. Turning to the first one first, there are reservations, apprehensions, misunderstandings surrounding the Jamiat speaking up.

APPEASEMENT AS AN ELECTION PLANK

There is little doubt that the Bharatiya Janata Party (BJP) led by Narendra Modi had come to power on the plank of appeasement of the minorities, especially the Muslims by successive Congress governments.

Modi and his BJP colleagues had fought on other planks as well, including the corruption of the Congress and its leaders. But the anti-minority plank is a deeper part of the ideological outlook of the BJP and its mentor, the Rashtriya Swayamsevak Sangh (RSS).

The BJP and the RSS leaders deny that they are against religious minorities but leave no opportunity to target Muslims and Christians on conversion. This had created a general mood of hostility, and even hatred, against them among the followers of the BJP and the RSS. This in turn had led to incidents of violence against these communities, taking the extreme form of lynching Muslim cattle traders.

The BJP and the RSS maintain a studied silence on these incidents as seen in their refusal to exhort their followers not to attack Muslims on the issue of beef, especially cow meat, and love jihad. Only Union Defence Minister Rajnath Singh condemned in very mild language the incidents of lynching of Muslim cattle traders that had occurred during the first term of the Modi government from 2014 to 2019.

It was this general anti-minority mood that became a loud and crass theme on some of the television news channels and newspapers after the Tablighi Jamaat event last March, and the positivity rate in the Tablighi congregation was high because they were all tested.

The foreign delegates who had attended the annual conference were arrested and quarantined. But the uproar in the media in the first week after the news broke out was quite ominous.

It was in these circumstances that Jamiat filed a petition in the Supreme Court on April 6, 2020, petitioning the court to restrain the media from demonising the entire Muslim community or the Tablighi event. It said in its petition that explosive terms like ‘corona terrorism’ and ‘corona jihad’ were used to describe the Tabliighi episode.

A year later, hardly anyone would remember the incendiary ruckus created on some of the TV channels and newspapers about it. They are now carrying out a loud and crass campaign against China!

At the end of last March and the beginning of last April, the situation was different. The Tablighi episode dominated the headlines.

DETERMINED TO FIGHT BACK

Soon the Covid-19 infection rates rose precipitously and the media left behind its animus against the Tablighi Jamaat and the religious section of the Muslims. But Jamiat hung on to the case.  As the Supreme Court did not throw out Jamiat’s petition, the Central Government had to defend and explain its position in the matter.

The Jamiat has helped in fighting the cases on behalf of the foreign delegates who attended the Tablighi event and who were charged on various counts. The courts in Uttar Pradesh, Delhi, and Maharashtra had released the arrested foreign delegates and their passports were returned.  In some of the cases, the magistrates and the judges criticised the police for making false allegations against the accused.

It seems that the Jamiat way of fighting discrimination against Muslims through judicial intervention might not grab headlines, but it seems to be a more effective way of nailing the powers that be of their anti-minorityism. What goes against the Jamiat, however, is the perception among liberal Muslims that the reactionary Jamiat fighting the Muslim cause is bad for Muslims because it will strengthen the stereotype image of the Muslim community being conservative and reactionary.

The Jamiat had alienated the liberal Muslims further when its leader Maulana Arshad Madani meet the RSS Sarsanghcalak Mohan Bhagawat at Keshav Kunj, the Sangh headquarters in Delhi, in September 2019.

There is also opposition to parties like Muslim Ittehadul Muslimeen (MIM) and its leader Asaduddin Owaisi emerging as the sole representatives of Muslims.

The liberal Muslims feel that it will only further deepen and strengthen the ghettoisation of the community. They argue quite persuasively and with the passion that Muslim communalism is not the way to oppose the communal politics of the BJP/RSS.

As a neo-orthodox and neo-conservative organisation, the Jamiat can only fight the battle on its own ground.