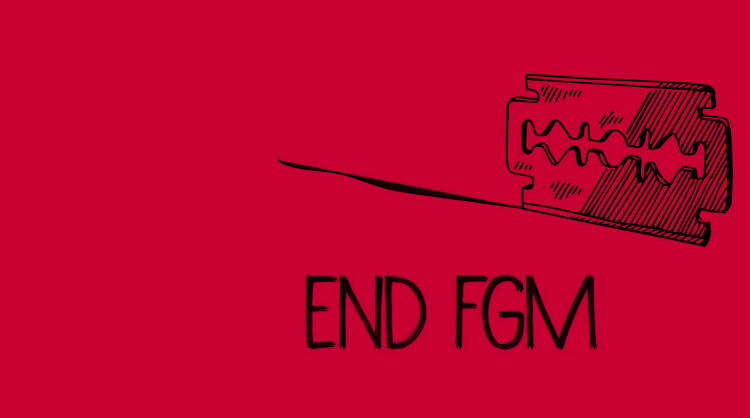 SINCE 2012, February 6 is marked as a day of Zero Tolerance for Female Genital Mutilation (FGM). The aim is to amplify and direct attention towards the ongoing efforts to eliminate this practice.

FGM is not just a human rights issue but also a subject of concern from the public health perspective. World Health Organisation (WHO) called FGM a harmful practice and associated it with increased health risk in the short-and long-term.

Globally, it’s estimated that some 200 million girls and women alive today have undergone some form of FGM.

In 2020, the United Nations called for a decade-long resolution to eradicate the practice of FGM by 2030 under Sustainable Development Goals on Gender Equality.

In India, FGM is a popular cultural practice in the Dawoodi Bohra Muslim community. Female genital mutilation, locally known as Khafz or Khatna, refers to procedures that involve partial or total removal of the external female genitalia, or other injuries to female genital organs, such as stitching of the labia majora or pricking of the clitoris, for non-medical reasons.

This practice which is performed illegally upon girls who are between the age of five years and before they attain puberty, causes permanent disfiguration to the body of a girl child.

What is the religious significance of FGM?

There are five tenets of Islam which are considered mandatory by believers. However, the Dawoodi Bohra Muslim community follows seven tenets, one of them being “purity”, which is directly associated with the practice of FGM.

The practice of FGM is mentioned in the “Cleanliness and Purity” chapters of religious texts and Islamic rule books of Daim-ul-Islam [Volume 1], Kitab Al-Taharah (The Book of Purification), Kitab Al-Urjumah al-Muntakhabah fi Fiqh Ahl al-Bayt (A versified Selection on the Jurisprudence of the Ahl al-Bayt), Al –Hawashi(Volume VI) and Al- Wasiyyah which stated that the circumcision of a woman’s genital organ is for purity, better complexion, and to “gain husband’s desires towards her”.

Given the studies on health risks of FGM, it appears that the practice is not carried out for the claimed purity and cleanliness but to subvert the status of women to being objects of pleasure for their husbands.

The legal challenge to FGM in India

Since May 2017, the legal challenge to the practice of FGM is pending before the Supreme Court of India.

In a Public Interest Ligation filed by a group of women from the Bohra community, the practice of FGM is challenged. The primary ground for this challenge is that FGM  violates a woman’s right to life and dignity, privacy, bodily integrity and the freedom from cruel and inhumane treatment.

The challenge encapsulates another test between two fundamental rights i.e. Article 21 which provides the right to life and liberty and Article 25 that guarantees religious freedom. The court has to decide whether  FGM crosses the threshold to be declared as an essential religious practice of the Dawoodi Bohra community without violating the conditions of public order, health, or morality as set forth in Article 26.

The Ministry of Women and Child Development has changed its stand on the issue. In May 2017, Women and Child Development Minister Maneka Gandhi came out in full support of women seeking a ban on the practice. However, in December 2017, the Ministry in its affidavit submitted before the court stated that “there is no official data or study on the existence of FGM in India”.

The central government also reversed its stand on the custom of FGM. Attorney General K K Venugopal who earlier sought a ban on the practice, later asked the court to refer the matter to a constitution bench to decide on the issue of religious rights and freedom.

Following this, on September 24, 2018, a three-judge bench comprising then Chief Justice of India (CJI) Dipak Misra and Justices A M Khanwilkar and D Y Chandrachud referred the question on the constitutional validity of the practice to a larger bench.

The plea has now been sent to a nine-judge bench headed by CJI S A Bobde and clubbed with other matters related to gender equality and religious freedom – the right of women of all ages to enter the Sabarimala temple, entry of Muslim women to mosques and dargahs, and rights of Parsi women married outside the community.

In relation to FGM, the court will have to resolve the following issues:

1. Does the practice violate the right to life and bodily autonomy of women and girls, and infringe on Article 21 of the Constitution?

2. Does the practice of female circumcision violate the right to privacy of the girls on whom the procedure is performed without their consent?

3. Does the practice discriminate against women and girls, and does it violate Articles 14 and 15 of the Constitution?

4. Is the practice protected as a religious practice under Articles 25 and 26 of the Constitution?

The United Nations General Assembly on December 21, 2012, also passed a resolution calling the practice of FGM as violence against women and asked the countries to eliminate it.

In order to prevent and eliminate the practice of FGM, many countries have either issued directives or framed special laws against the practice. As per the UNFPA estimates, at least 59 countries passed laws against FGM including the United Kingdom, Canada, Denmark, Spain, Norway, Sweden, and New Zealand.

Whereas in 29 countries in the African continent where FGM is a traditional practice, 26 countries have passed laws prohibiting FGM. The penalties range from a minimum of three months to a maximum of life in prison.

Though there is a gradual shift in prevalence and changes in the social norms for abolishing the practice, however, the target to eliminate FGM is still a long way off.