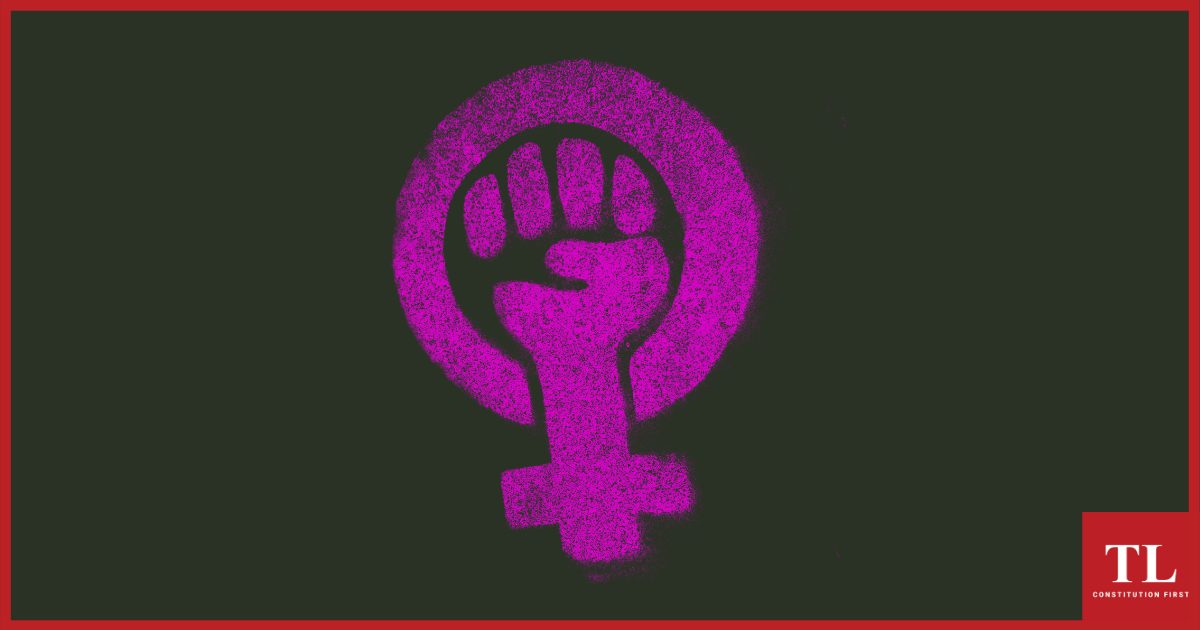 Feminist Laws Cannot Hurt Men, but the Male Blind Side Does

Men will not gain if women lose their hard-won rights. However, groups that avowedly fight for the rights of men refuse to accept this. They abhor a law against marital rape, refuse to accept queer people are equal, nor participate in childcare or domestic tasks. Their demand to abolish feminist laws, therefore, does not portend a gender equal or just society, writes DHARMESH.

FROM the Sati Abolition Act to the Hindu Code Bill, the Dowry Prohibition Act to the Prevention of Sexual Harassment of Women at the Workplace Act, in our country, all these and other laws to safeguard the rights of women face strong opposition. The recurrent claim is that these laws threaten the sanctity of marriage and family.

We must ask: what kind of sanctity is this? Is it nothing but transphobia and compulsory heterosexuality that protect and promote caste endogamy? And did the Solicitor General Tushar Mehta attempt to uphold it when he opposed same-sex marriage in the Delhi High Court?

Marriage, in general, is premised on exclusion and violence against those whom it considers “unworthy”, as queer and disabled people often are. So are those who are “allowed” marriage, such as Dalit men, who face beating when they ride a horse to their wedding, or Muslim men, who are being targetted under the new triple talaq and love jihad laws.

Many who enter the “holy union” of marriage do so at the behest of their parents, who often threaten, manipulate, gaslight, control and torment them. As much as we would like to ignore the foundational violence of the structure of marriage, it propels parents to force their daughters who are in consensual relations to file cases against their partners. This inherent violence controls women and denies them any space for consent, choice or love, and normalises uprooting them from their families and lives.

In her documentary, Martyrs of Marriage, Deepika Narayan Bhardwaj, perhaps the best-known men’s rights activist in India, weaves a narrative of innocent men trapped by women and their lawyers in a string of “fake” cases. (The men are cisgender, heterosexual, able, and upper class/caste.)

Section 498A of the Indian Penal Code plays the most prominent part in it, leading men to custodial torture, social stigmatisation, and, in some cases, suicides. The section has come under fire from men’s rights groups, and various courts have made observations on it, including one that considers the “misuse” of 498A legal terrorism.

According to the NCRB, more than one lakh cases were registered under section 498 A in 2018, yet there were only 4,982 convictions and 31,691 acquittals. Though, of course, a criminal act does not always get proved in a law court. For example, there may be a lack of evidence and witnesses, or an improper investigation, and so on.

Men’s groups also demand that laws such as the Domestic Violence Act, anti-sexual harassment law, and others related to alimony and child custody should become “gender-neutral” so that men may seek recourse in them.

No doubt men face sexual harassment at the workplace and violence at home, too, and they are capable of caring for children. However, the “neutrality” that these groups seek ignores the social realities of our patriarchal social environment.

Men occupy most positions of power at workplaces, which creates an imbalance in how they approach their employees. Further, a woman who lives with her husband and his family is already at a disadvantage. For she can be seen as the “other”, the “outsider”, and therefore is more at risk of facing violence. Women are expected to perform motherhood and criminalised when they do not.

Undoubtedly, laws should be neutral, but so should be social realities. There need to be policies that ensure more women and queer people join workplaces at every level, including positions of power. The patriarchal structure of family, marriage and motherhood needs to become democratic. Neutral laws, after all, can only exist in neutral societies.

Let us also examine the claims and demands of rights groups for men, such as for the law against sexual assault and the SC/ST Act to be scrapped. These resurfaced after Vishnu Tiwari was released from jail earlier this year following incarceration for two decades on false charges.

Instead of seeing this as a fault in our carceral system and dysfunctional judiciary, such groups place it in the context of specific laws that they accuse women of “misusing”.

Also read: How do I start life at 43, asks Vishnu Tiwari who spent 20 years in jail in false rape case

The Indian state and police system have used multiple laws, such as the AFSPA, UAPA, PSA, sections 379 (punishment for theft), 268 (creating a public nuisance), and 124 A (fueling hate), and section 377, to target Kashmiris, queer people, Muslims, Dalits, Adivasis and Pasmanda youth, apart from dissenters.

Most of those targeted by these laws are men, yet the groups that claim to represent their issues are silent. It is almost as if they do not care about men but only wish to keep women in “their place”.

Conversations around the rights of men in India are full of fallacies. They project men as innocent victims and equate false accusations of violence with actual acts of violence. They ignore the patriarchal setup that rewards toxic masculinity and punishes every deviation from the norm.

It fuels a variety of crimes against men, including sexual abuse and domestic violence. As they are considered emasculating experiences, such crimes are under-reported. It leads to disabled or “ugly” men being told they are unworthy.

We need structures to support men who face violence, but men fail to build these systems when they refuse to acknowledge the existing systemic structures that benefit them.

While men insist there are no laws for them when they face violence in their marriage, they also oppose laws that acknowledge marital rape. They want custody over their children but make no effort to provide them with a kind and supportive environment. They question the authenticity of the MeToo movement and yet befriend and offer platforms to men against whom there is ample evidence of sexual misconduct.

The men’s rights movement in India draws incorrect conclusions from the correct premises. Many men have been falsely incarcerated, accused, and tortured. Men deserve better. But this will not happen by taking away from women or considering queer people invisible or expendable.

It will not happen by upholding the “family values” built on the backs of the labour of women, in which there is no space for queer people. It will happen when the essentialism of caste endogamy is abolished.

It will happen when women are free to choose their partners regardless of gender, caste, faith or sexuality—and their parents do not consider it an assault on their “honour”. It will happen when teen sexuality is recognised and respected, when queer people do not get discriminated against, and when we move from carceral thinking towards accountability and reform.

(Dharmesh is a queer facilitator and organiser in Allahabad. He has worked on women’s and queer issues in Gujarat and Uttar Pradesh. Find him here. The views are personal.)