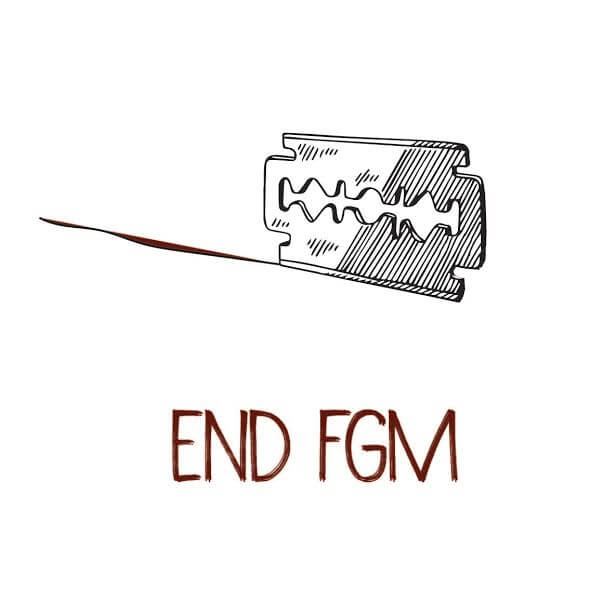 By Masooma Ranalvi and Ankita Ramgopal

The Supreme Court decision declaring triple talaq unconstitutional has shifted the narrative within the country and permitted the questioning of religion in the courts. The decks have been cleared and the table is set for a new law banning the practice of female genital mutilation (FGM) or khatna, which does not have any basis in religious tenets.

The practice of FGM has been stirring the pot world over, and finally governments are responding. In a series of new legislations passed in Michigan this July, this sinister practice has been brought to light which has otherwise been thriving in the shadows of mainstream society all across the world. It has prompted state action in Michigan by the strengthening of laws against this practice. Following the first case of FGM in the United States of America, where the arrest of Dr. Fakhruddin Attar, his wife Farida Attar and emergency room physician Dr. Jumana Nagarwala in April took place, 12 new bills were signed criminalisng the practice of FGM, thereby indicating a proactive stance of the state in doing away with this regressive practice.

The practice of FGM was banned by United States federal laws under Federal Prohibition of Female Genital Mutilation Act of 1997.The new set of laws passed by the Governor of Michigan and Republican Party member, Rick Snyder, make female circumcision a felony punishable by up to 15 years in federal prison. The prosecution allegation in this case, indicated that as many as 100 girls may have been circumcised in the clinic, bringing forth the gravity of the situation, thereby prompting the passing of these new laws by Snyder.The state of Michigan in an exemplary move, recognised the gravity of situation and passed stricter punishments for practices of FGM.

The new laws also hold accountable both, parents as well as the surgeon performing the procedure. Similar to the federal law, there is a provision in the new law which makes the act of transporting the child for such surgery across state or international borders illegal, due to the fact that it is common practice for children to be taken across borders to undergo such procedures to avoid legal action. The new laws, additionally, prescribe the permanent revocation of license of those medical practitioners who are convicted of performing such surgeries. Another important provision in the new laws is the bar against the use of the defense of religious customs or rituals used to justify FGM, or the defense of consent on the part of parents or guardians. This has provoked the debate of religious freedom within the country.

Dr.Jumana Nagarwala has been accused of cutting the genitals of two 7-year-old girls from Minnesota.It was reported that the clinic run by Dr. Fakhruddin Attar and Farida Attar located in Michigan, on the outskirts of Detroit, was regularly being used for FGM procedures on young girls. The Attars and Jumana Nagarwala have their roots in India, belonging to the Indian community of Dawoodi Bohras, a sect of Islam, where FGM practices are prevalent.

Alan Dershowitz, the defense lawyer, has argued media misrepresentation and deliberate targeting of a Muslim practice, and claimed that the actual practice in these cases has been that of a symbolic pinprick. The defense case is expected to largely rely on the right to religious freedom has been guaranteed under the First Amendment to the United States Constitution to prove their case in court.While religious freedom ought to be protected, it is essential to distinguish between practices which indulge in discriminatory practices towards vulnerable communities under the garb of religion, and regular religious practices which are harmless. The action taken by the State of Michigan aims at protecting those vulnerable girls who have no say in the process of their mutilation since the procedure is mostly performed during ages of 6-7 years.

Female circumcision is known to be a method of subordinating a woman, by exercising control over her sexuality. It has had adverse health effects like chronic genital infection, recurring urinary tract infection, painful sexual intercourse, complications during pregnancy, labour and delivery of the child and psychological consequences like Post-Traumatic Stress Disorder (PTSD) and depression. Therefore, in the case of FGM, it is clear that the practice is innately discriminatory towards women.There ought to be a complete dissociation with such a practice, even a symbolic gesture should be treated as a violation of the law because of what it represents. Religious freedom cannot come at the cost of basic human rights violations.

The Attars and Jumana Nagarwala have their roots in a community in India, the Dawoodi Bohra community. Having a large population of the community residing in India, one would assume that there exist stringent laws against this practice. However, the grim reality is that India is yet to acknowledge the problem of female genital mutilation as a problem warranting legislation. The Parliament ought to take a page out of the exemplary action taken by the State of Michigan in passing legislation prohibiting the practice of FGM. Civil society groups like ‘Speak Out on FGM’ and Sahiyo work closely with survivors and the issues they deal with due to the cutting. For how long can the Government turn the other way and ignore this festering issue.

Earlier this year a public interest litigation was filed by Advocate Sunita Tiwari demanding implementation of the resolution passed by United Nations General Assembly in 2012 seeking ban of FGM. The petition sought to make FGM a cognizable, non-compoundable and non-bailable offence. It identified the practice as a violation of the right to privacy, bodily integrity, and freedom from cruel, inhumane or degrading treatment, and categorised it as an act of violence against women.The Supreme Court in May, 2017, issued a notice to the Centre and certain states seeking their views on the matter. The judgment on this matter is awaited to see if any progressive steps are taken to abandon this abhorrent practice.

Masooma Ranalvi is the convenor of Speak out on FGM, a group of survivors and Ankita works with Lawyers Collective.

Also Read : Speak out on FGM