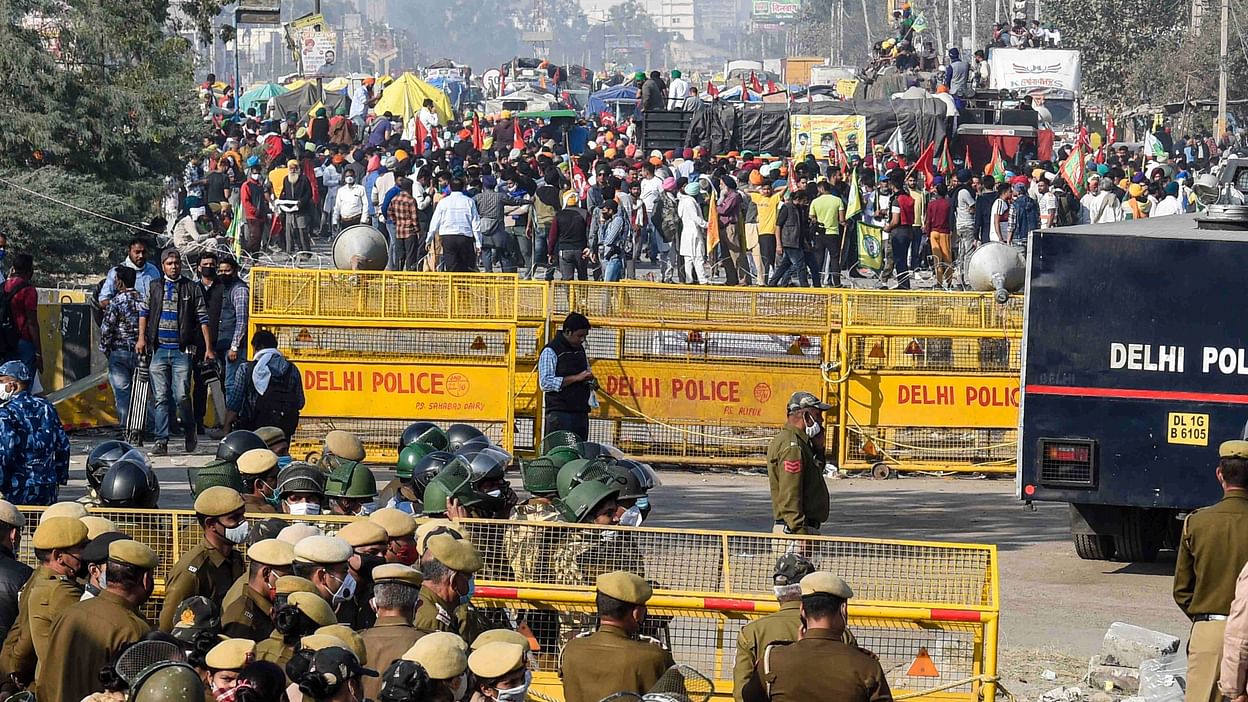 Amidst the ongoing agitation by the farmers,  the Central Government has ordered the temporary suspension of internet services in Singhu, Ghazipur, Tikri, and their adjoining areas of Delhi from 11 pm on January 29 to 11 pm on January 31.

An order to this effect has been issued by the Ministry of Home Affairs (MHA) to the Delhi Police Commissioner.

Centre orders temporary suspension of internet services in the areas of #Singhu, #Ghazipur and #Tikri, and their adjoining areas in NCT of #Delhi from 23:00 Hrs on Jan 29 to 23:00 Hrs on Jan 31. pic.twitter.com/xhwMwDBZSp

The order has the authorization of the Union Home Secretary.

A similar order was issued by the MHA on January 26, suspending internet services in these areas for a day.

Lakhs of farmers across India have spent the last several weeks demanding the centre repeal three farm laws they say will leave them at the mercy of large corporate firms.

There was tension on Republic Day when groups of farmers and others clashed with the police during a tractor rally that turned violent.