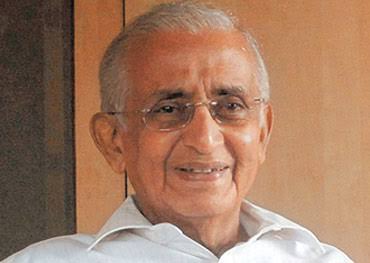 I knew Justice Suresh as a practicing lawyer well before he got appointed as a judge of the Bombay City Civil and Sessions Court (BCCSC). He performed well there at the BCCSC but he had a dream. He wanted to be a Judge of the High Court and hence he resigned as a judge of the BCCSC and rejoined the Bar. It was from there that he was elevated to the High Court, perhaps one of the few to adopt that course to the High Court successfully. We rejoiced when he was appointed. For we knew that he would do justice for the underprivileged in his judicial capacity.

He loved his work and it was again a pleasure appearing before him in the High Court. Given his experience of working in the trial and his mastery over the Civil Procedure, he believed that every suit could be expeditiously decided if only the judge had the will to do so. He made a mark in the matrimonial court attending settlements. It is ironic that he did not succeed in settling his own daughter’s matrimonial dispute which went all the way up to the Supreme Court. It was the loss of the custody of her child which pained him deeply as a grandfather and as a father. He once said to me, if the daughter of a retired judge cannot get justice in court, how can anyone else get justice.

On his retirement, he embraced the human rights movement and there is hardly an NGO in the country working on Human Rights with which he was not actively associated. His passing is mourned by academicians and practicing lawyers and by his former colleagues of whom there are a few left now. He was a trustee of many human rights organizations, including the Lawyers Collective, giving his constant support and guidance

Retired judges add a judicious approach to fact-finding enquiries and Justice Suresh was the most sought-after judge for fact-finding reports on human rights violations. His most well-known reports were of the 1992 Bombay riots and the Gujrat riots of 2002. But these were not the only ones. From Kanyakumari to Kashmir, he travelled the country with fellow travellers wherever he found injustice, police misconduct or violence against women.

I have often said and I will say it again, the true worth of a judge is judged post-retirement. I was fortunate enough to be with Justice Krishna Iyer on his 100th birthday in Kerala at a function at the High Court to facilitate him. On the following day, there was a photograph of him visiting a prisoner in jail to give him solace. Justice Krishna Iyer died immediately thereafter.

Justice Suresh took after Justice Krishan Iyer and contributed more as a retired judge than he could on the bench. It was only his last few years that he had resigned from some of the organizations he headed to lead a peaceful life. He died a non-COVID death in peace.

He will long be remembered for his work as a judge by his colleagues at the bench and the bar, and more particularly by human rights defenders for his contribution to human rights on the ground after his retirement.

A Zoom memorial of human rights groups is being planned on Monday.