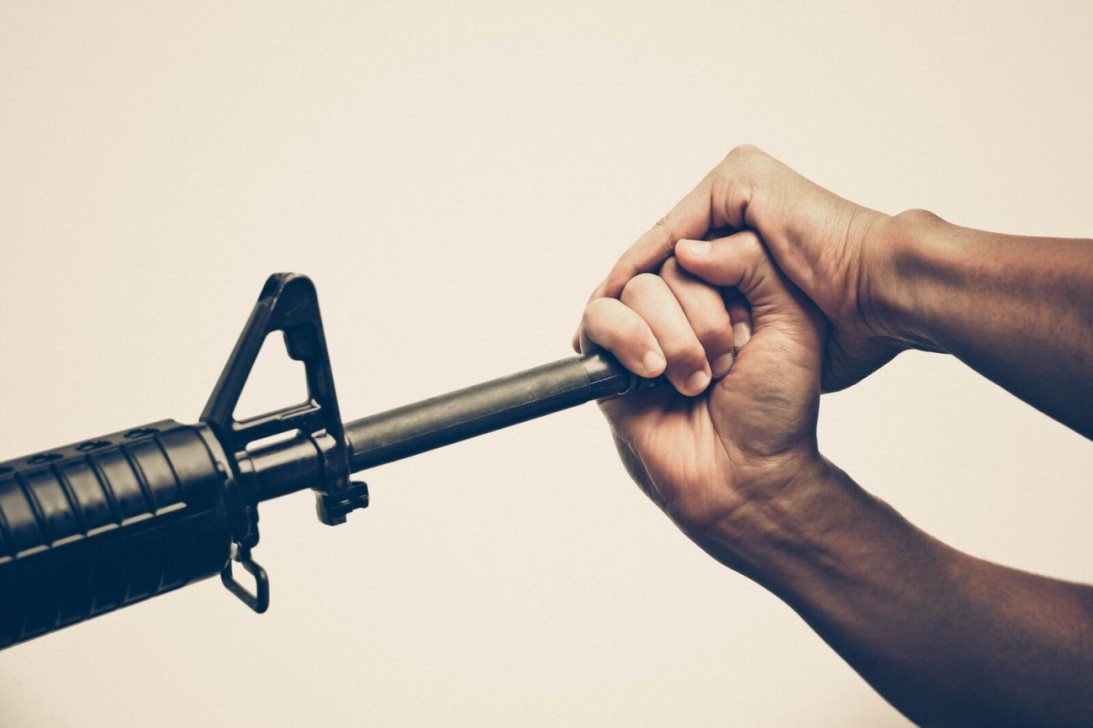 Over the years, reportage on the police wearing many hats and taking on the role of the judge, the jury and the executioner has been increasingly making headlines. Such overstepping of legal bounds is a threat to civil society, one that shakes the bedrock principles of the Indian Constitution, writes MANNAT MARWAH.

Last year, the killing of George Floyd, an African-American by the police, which was touted to be a murder fuelled by racism, caused immense public outrage in the U.S. and on social media around the globe. The world demanded that the American police be held accountable for their hateful act.

Back here in India, a similar event made the headlines. Vikas Dubey, a dreaded gangster from Uttar Pradesh, was shot dead by the police when he was allegedly trying to escape from their clutches. This was another instance of the police taking law into their own hands.

However, the reaction of the public was rather different. Several Hindi newspapers celebrated the ‘encounter’, with some even calling it justice! It becomes imperative to understand what triggers this difference in reaction and how tenable it is in the eyes of the law.

What laypersons refer to as an encounter is actually an extra-judicial killing, that is, a killing without judicial sanction and beyond the authority of the police. The police are allowed to utilize force against an accused person, but within the four corners of the law. Section 46 of the Code of Criminal Procedure, 1973 (CrPC), while detailing out the procedure to make an arrest, provides inter alia, the power to use necessary force against a person evading arrest.

In the case of Harendra Kumar Deka vs. State of Assam (2008), section 46 was interpreted by the Gauhati High Court with emphasis to section 46(3) to mean that ‘necessary means’ may include causing death of a person evading arrest who has been accused of offences punishable with either death or life imprisonment. It is this grey area in the law that the police use to their advantage, as a shield to guard their excesses of power.

Another provision that is misused by the police is the right to private defence prescribed under Section 96 of the Indian Penal Code, 1860. It allows every person to use force for the sole purpose of self-defence, which police persons end up using to justify encounters.

Extra-judicial killings, in a State governed by the rule of law, should be considered an abomination. The Constitution guarantees the right to equality under Article 14 and right to life and personal liberty under Article 21 which can be taken away only by procedure established by law. A perplexing question that comes to mind is the basis of the classification under section 46 which allows the police to take different courses of action based on the offences the accused is charged with committing.

While it was observed by the Supreme Court in State of West Bengal vs. Anwar Ali Sarkar (1952) that Article 14 applies to procedural legislations, reliance was also placed on the need to treat equals equally by way of a two-pronged test: a) the law must be based on intelligible differentia, i.e. a real, non-arbitrary distinction, and b) the distinction must have a reasonable nexus with respect to the object of the legislation in question which must be non-discriminatory as further clarified in Subramanian Swamy vs. CBI (2014).

Therefore, it becomes clear that all offenders must be treated equally. Why, then, does section 46(3) permit the applicability of greater force to cause arrest, which may even result in death, against offenders charged with specific offences? There does not seem to be an intelligible differentia on which this classification is based. Moreover, said distinction runs contrary to the object of the CrPC, which is to provide the accused a fair trial.

The principles of natural justice had been held to be an inherent part of Article 21 by the Supreme Court in its judgment in Kartar Singh vs. State of Punjab (1961). Extra-judicial killings, by executing punishment on the spot, deny the accused their right to be given a notice of charge and an opportunity to be heard, defying the principle of audi alteram partem and therefore, Article 21. Furthermore, they allow the police to revel in lawlessness, avoid the scrutiny of courts and violate the principle of ‘innocent until proven guilty’.

Reasons for such misuse

In reality, extra-judicial killings are vigilantism under the garb of ‘instant justice’. People, rather than opposing this blatant disregard of due process, end up adulating it. One of the primary reasons behind this is the increasing downfall of the faith the public reposed in the judiciary.

Instances of pendency of cases, matters getting caught up and convictions getting reversed due to administrative technicalities force the people to seek speedy justice desperately and think of encounters as a way to obtain it. Apart from praise from the public, police personnel are often also rewarded with promotions for ‘wiping out’ hardened criminals, which becomes an added incentive to engage in extra-judicial killings.

Another contributory factor is the largely underfunded, understaffed and overburdened police force. As per a report released by the Bureau of Police Research & Development (BPR&D) in 2020, vacancies of more than 5.31 lakh posts in the police force of states and more than 1.27 lakh posts in central armed police forces were yet to be filled as on January 1, 2020. Another report highlights that only about 3% of their budget is spent by states on policing.

The police simply do not have the resources to carry out detailed prosecutions and investigations. It is this poor quality of investigation that contributes to the low conviction rate and the inability of the courts to convict without an offence being proven beyond reasonable doubt. Encounters give the police an easy way out, to create an illusion of law-and-order maintenance in the eyes of the public. They also create a scope for callousness. Why grind and struggle to secure evidence and investigate when everything can be solved by just one bullet?

Extra-judicial killings are a gross violation of not just human rights, but also the very rule of law that forms the bedrock of our Constitution. It shakes the values the Constituent Assembly attempted to imbibe within the country’s grundnorm to the very core.

Existing literature on the subject sheds light on not only the human rights excesses that arise due to extra-judicial killings but also shows a trend of such killings being prevalent in third-world, developing nations. This gives credibility to the above analysis of how factors such as an underfunded police force, lack of faith in the judiciary, pendency of cases and other trademark factors of a developing nation aid and abet the proliferation of extra-judicial killings.

By way of training programs and by also limiting powers of law enforcement, a legitimate attempt can be made at preventing such killings. In the United States of America, for example, policing agencies can only supply non-lethal force when confronted with a suspect. Upon overstepping such bounds, officers are heavily prosecuted, thereby creating a system of deterrence.

Resolving systemic problems such as underfunding and understaffing and creating a better, more well-equipped police force may also assist in reducing such killings substantially.

Therefore, an overhaul of the criminal justice system and better policy making is the need of the hour, to ensure that procedural and systemic anomalies, coupled with callousness and impunity, do not result in the loss of precious life.