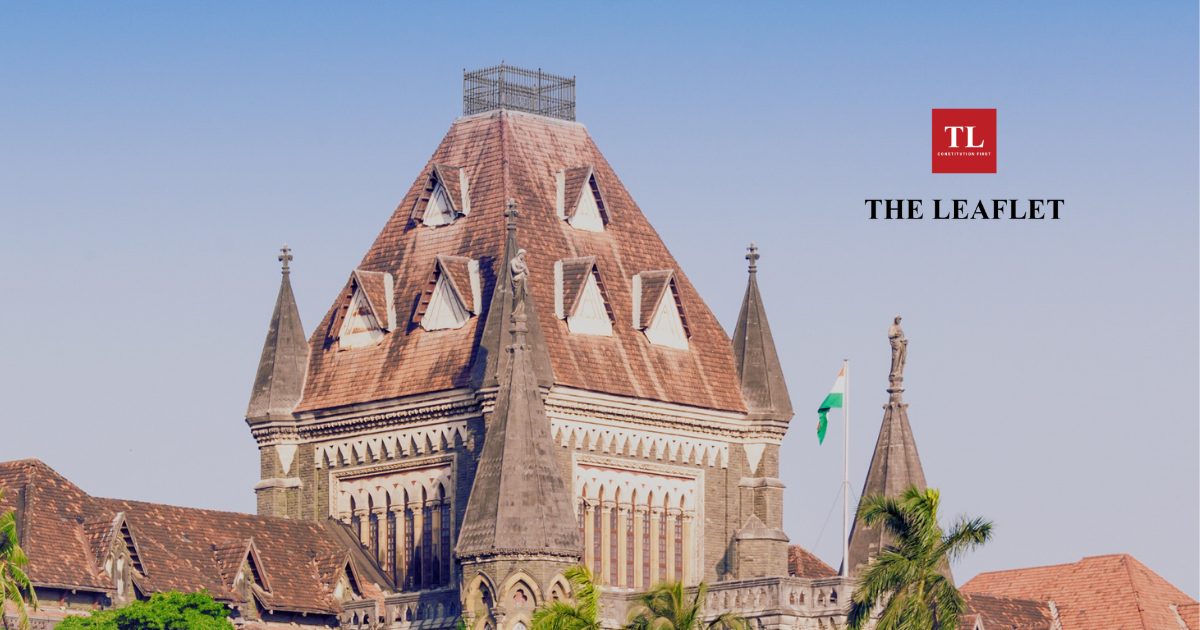 Analysing the Bombay High Court’s interim order dated August 14 that stayed Rule 9(1) and (3) of the new Information Technology Rules that imposed onerous requirements on online news publishers, VARUN THOMAS MATHEW explains the reasoning adopted by the High Court, and the impact of its order.

IN an order passed on the eve of India’s 75th Independence Day, the Bombay High Court partially stayed the Information Technology (Guidelines for Intermediaries and Digital Media Ethics Code) Rules, 2021 (2021 Rules), for being violative of the right to free speech under the Indian Constitution, and going beyond the scope of its parent statute.

This is the first substantive relief to be granted in the 15+ challenges against the 2021 Rules pending before various High Courts. The impact of this interim order is enormous, as it liberates – till the final disposal of the case or a stay by the Supreme Court – online publishers from an unconstitutional burden that would undoubtedly chill free speech.

The High Court was hearing a challenge by the entity that runs the legal news portal “The Leaflet” to Part III of the 2021 Rules which are applicable to online publishers. Separately, Nikhil Wagle, a journalist, had challenged Part II of the 2021 Rules applicable to intermediaries. The crux of the challenge by The Leaflet was that the Part III provisions: (i) are vague, arbitrary, and unconstitutional, (ii) violated the doctrine of separation of powers, by usurping seminal judicial functions, and (iii) are alien to its parent statute – the Information Technology Act, 2000 (IT Act).

Additionally, The Leaflet, represented by Senior Advocate Darius Khambata, argued that the 2021 Rules gave rise to a fatal chilling effect on the freedom of the press, hence requiring urgent interim relief. This argument found favour with the court, which specifically held that:

“The indeterminate and wide terms of the Rules bring about a chilling effect qua the right of freedom of speech and expression of writers/editors/publishers because they can be hauled up for anything… People would be starved of the liberty of thought and feel suffocated to exercise their right of freedom of speech and expression… the [impugned provisions] hanging over their head as the Sword of Damocles” (paragraphs 29 and 30 of the order).

Decades of the hard-won jurisprudence of our courts have established that the freedom of the press is an integral part of the right to free speech under Article 19(1)(a), which, per our Constitution, cannot be restricted except in accordance with the 8 subject matters enumerated in Article 19(2).

In this context, the fundamental problem with the 2021 Rules is that it imposes an arbitrary Code of Ethics on online news publishers, which has no basis whatsoever under Article 19(2). If the government perceives anything as a violation of this Code of Ethics, it can take penal action against the publisher, including forcing an apology, or even the editing or modification of the published content. This is, hence, unconstitutional.

The Code of Ethics in the 2021 Rules is drawn from two sources: the Norms of Journalistic Conduct under the Press Council Act, 1978 (NJC) and the Programme Code under the Cable Television Networks Rules, 1994 (Code).

However, the NJC is an unenforceable reference guide for journalists, and the Code is a guideline enabling the regulation of broadcast media only; they are vague and subjective, and not intended for stringent penal action. Consider the NJC, which requires journalists to “eschew” material that is “graceless” and “scurrilous”, and to avoid “crass commercialism”. Similarly, the Code prohibits content that “offends good taste or decency”, “criticizes friendly countries”, or “contains suggestive innuendos”.

By extending such indeterminate standards to a set of rules under the IT Act, the Government could penalize publishers for any content that it finds unappealing. Thus, the very vagueness of the Code of Ethics becomes a weapon to quell press freedom.

The Constitution grants the Parliament the power to make laws, which may be delegated through statute to the Government in the form of rulemaking powers. The delegatee is bound to act within the scope of the delegation, and thus cannot go beyond what is envisaged in the delegating statute passed by Parliament.

However, the IT Act, under which the 2021 Rules have been notified, does not envisage the regulation of online publishers, or news and current affairs content. This renders the 2021 Rules ultra vires, that is, outside the scope of its parent statute. The Government’s actions here, despite lacking legislative power, amount to little more than an attempt to circumvent Parliament.

Also read: Why the judiciary is responsible for the plight of news media

The 2021 Rules also impose a torturous grievance redressal system on the basis of this Code of Ethics, which enables any reader with an axe to grind against any news article, to drag the publisher through three tiers of complaints and appeals. The news publishers themselves are required to field these complaints and provide an adequate resolution within fifteen days, failing which the complainant has two separate forums of appeal.

This is, also, patently unconstitutional. A news publisher is not an ordinary seller of goods, and readers are not typical consumers; news content cannot be equated with other commodities bought and sold in a market. On the contrary, the press performs a constitutionally protected function under Article 19(1)(a), and the consumption of news is not a typical commercial activity between two contracting parties. The Supreme Court has established, in a plethora of cases (including its 1984 judgment in the case of Indian Express Newspapers (Bombay) Pvt. Ltd. & Ors. vs. Union of India & Ors.) that undue burdens, even in the form of taxes, should not be imposed on the press, and the newspaper industry should not be singled out for harsh treatment.

This grievance redressal mechanism forces publishers to hire employees to listen to grievances against their content, on the basis of the vague Code of Ethics. This places a significant economic burden on the finances of publishers.

Since the notification of the 2021 Rules, many news publishers have been inundated with frivolous and unfounded complaints, often amounting to nothing more than “I didn’t like it”, “you offended my good taste”, or “you are wrong”. When such complaints are dismissed, the complainant has the right to appeal to the self-regulating industry body, and thereafter, to the inter-departmental committee of Government, which is populated by representatives from almost every single union ministry.

The 2021 Rules ignore that there are already a host of remedies available under existing laws for users with grievances; defamatory content can be dealt with through the Indian Penal Code (IPC) and civil suits, the IPC has specific provisions to deal with false news causing mischief, or affecting public order or inciting religious tensions, and the IT Act deals with specific types of obscene or unlawful online content.

Thus, the Code of Ethics and its mandatory grievance redressal mechanism serves no purpose other than to control and impede news publishers.

Also read: Does Indian Government Have a Toolkit to Throttle Free Press?

Impact of the interim order

By its order on August 14, the Bombay High Court placed an interim stay on two aspects of the 2021 Rules: Rule 9(1), which mandates the Code of Ethics, and Rule 9(3), which establishes the three-tier grievance redressal mechanism.

This relief is not restricted to the petitioners but is applicable to publishers across India.

Moreover, a majority of the other provisions of Part III of the 2021 Rules, which are based on the Code of Ethics, have become non-operational, such as Rules 10, 11, 12, 13, 19, and parts of 14. The result is that publishers do not, for the moment, need to adhere to the Code of Ethics, or respond to grievances thereunder.

This relief is temporary, pending the final disposal of the case by the court. There is also, at present, a petition pending before the Supreme Court seeking to transfer the various petitions being heard by various High Courts on the 2021 Rules, and thus it is possible that all matters will be transferred to the apex court. It is also possible that the Government will seek a stay of the order of the Bombay High Court from the Supreme Court.

Also read: SC refuses to pass effective order in Centre’s petition to transfer to apex court challenges to IT rules in high courts

Attempts to dominate the Media

The notification of the 2021 Rules is the latest attempt by the Government to exercise control over the news media and online speech. This follows significant actions (arrests & detentions) against journalists for reporting on issues deemed sensitive, and the 2019 restriction on foreign investment in digital news media which resulted in several media organisations having to shut down.

Part of the reason is that the Government no longer depends on the media to connect with the public, unlike previous decades when the media formed the primary medium of outreach. Today, the Government has a plethora of websites, social media handles, mobile applications and even SMS options; it can self-publish any content at any time, and be assured of instant mass dissemination. Thus, a free media is invariably nothing more than an inconvenient voice of dissent.

By notifying the 2021 Rules, which have been widely criticized internationally (including by Special Rapporteurs from the United Nations) as violative of human rights, the Government has indicated a disregard for the principles that make India a democracy.

(Varun Thomas Mathew is a lawyer. He represented one of the petitioners, The Leaflet’s parent company, in the above case before the Bombay High Court. The views expressed are personal.)